Is 3-4-3 the answer for England? That was the question put to the England manager, his captain and the Sky Sports pundits after the team's Nations League hopes were ended with a 2-0 defeat away to Bel 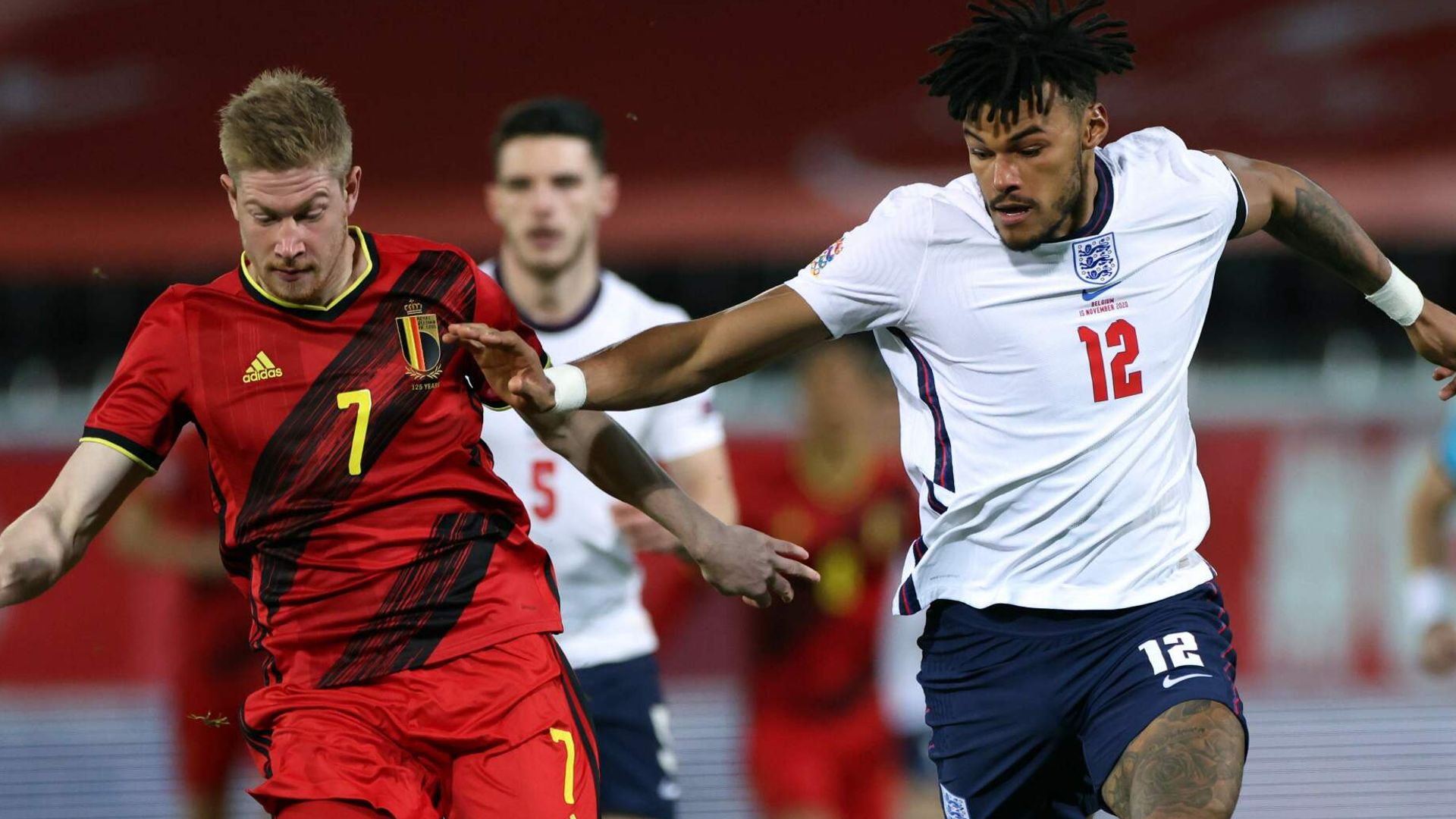 Is 3-4-3 the answer for England? That was the question put to the England manager, his captain and the Sky Sports pundits after the team's Nations League hopes were ended with a 2-0 defeat away to Belgium on Sunday.

First-half goals from Youri Tielemans and Dries Mertens put Roberto Martinez's Belgium in control and, although England dominated much of the second period, there was no way back for Gareth Southgate's side who can no longer qualify for the knockout stages.

In the aftermath of the defeat, there was debate over whether England need a three-man defence, if their midfield personnel is suitable for the formation, and what they need in attack to hit the net against the world's best sides.

Lack of faith in a centre-back pair?

Former England defender Ashley Cole believes the choice of system stems from Southgate's lack of faith in finding a reliable centre-back partnership from his squad.

"Is Gareth playing a three to protect the two? I don't think he's comfortable with the choice of the two that would play centre-back," Cole told Sky Sports.

"I think the left-back and at right-back you've got very, very good options. But I think he's worried about the central area.

"I think when Harry Winks came on he livened the game up a bit, forward passing a little bit more.

"I'm just not thrilled by this formation."

And what of the suggestion that having the extra centre-back leaves England a player less in attack? It was a notion England skipper Harry Kane didn't agree with.

"I think with the wing-backs playing as high as they do, and then one of the midfielders coming into a higher role as well, we've got enough in attack to cause problems as we did today," said Kane.

"The goals were a little bit disappointing, a little bit fortunate for them, but other than that, I thought all round the pitch we were good."

Boss Gareth Southgate - who said he "couldn't have enough praise for all the players" - echoed that sentiment when pressed on his team scoring just three goals in five Nations League matches over the past three months.

"I'm not sure we could have been any more creative than we ended up," he said. "We ended up with five [attacking players] - two attacking wing-backs, three attacking forwards.

"We showed against Ireland and against Wales that you can score goals with the system. Of course, that's a different level of opponent. Against the very best teams, the games are tight and we created a lot of chances - as we did in the first half an hour against Denmark.

Southgate also pointed to the fact he had lost Marcus Rashford and Raheem Sterling to injury during the camp, two of his most important and pacey players - "that would be a different sort of threat," he said.

Regardless of system, find a way to get key men on the ball

And Sky Sports pundit Jamie Redknapp, who agreed with the suggestion there are concerns about the strength of England's defensive unit, says when England do have their top players fit and firing they must find a way to maximise their impact.

He picked out the performance of Jack Grealish as the highlight of England's night and insisted the prime objective for Southgate - regardless of system - needs to be how he gets his best players on the ball in dangerous areas.

"I've not got a problem with the system - if you look our system compared to Belgium's it's pretty much the same and they've got to be the best team in the world playing that system," said Redknapp.

"I personally think it's more about, how do we get on the ball more? I think it's been a major problem for England for many years, how we get our best players on the ball. Tonight we found a system and we've got something really successful that's worked for us by getting Jack Grealish in central areas.

"It doesn't matter what system - we could have played 4-5-1, 4-4-2, 3-5-2 - you've got Jack Grealish in great positions all around the pitch. That's what we need. We need players that are going to be comfortable moving around, variation of how you're going to play.

"When you look at how Belgium play, when you pin it down on paper it's the same system as ours. But Kevin De Bruyne has license to go where he wants, so you don't tie players down. Get people moving and get the best players on the ball."

DJ &#039;assumed&#039; he was leading after ignoring leaderboards

Honeysuckle holds on to win

Romain Grosjean to sit out Sakhir GP and be replaced by...