Last Updated: 30/11/20 6:46am David Warner has been ruled out of Australia’s next one-day international and all three Twenty20 internationals against India because of a groin injury. The opening batsm 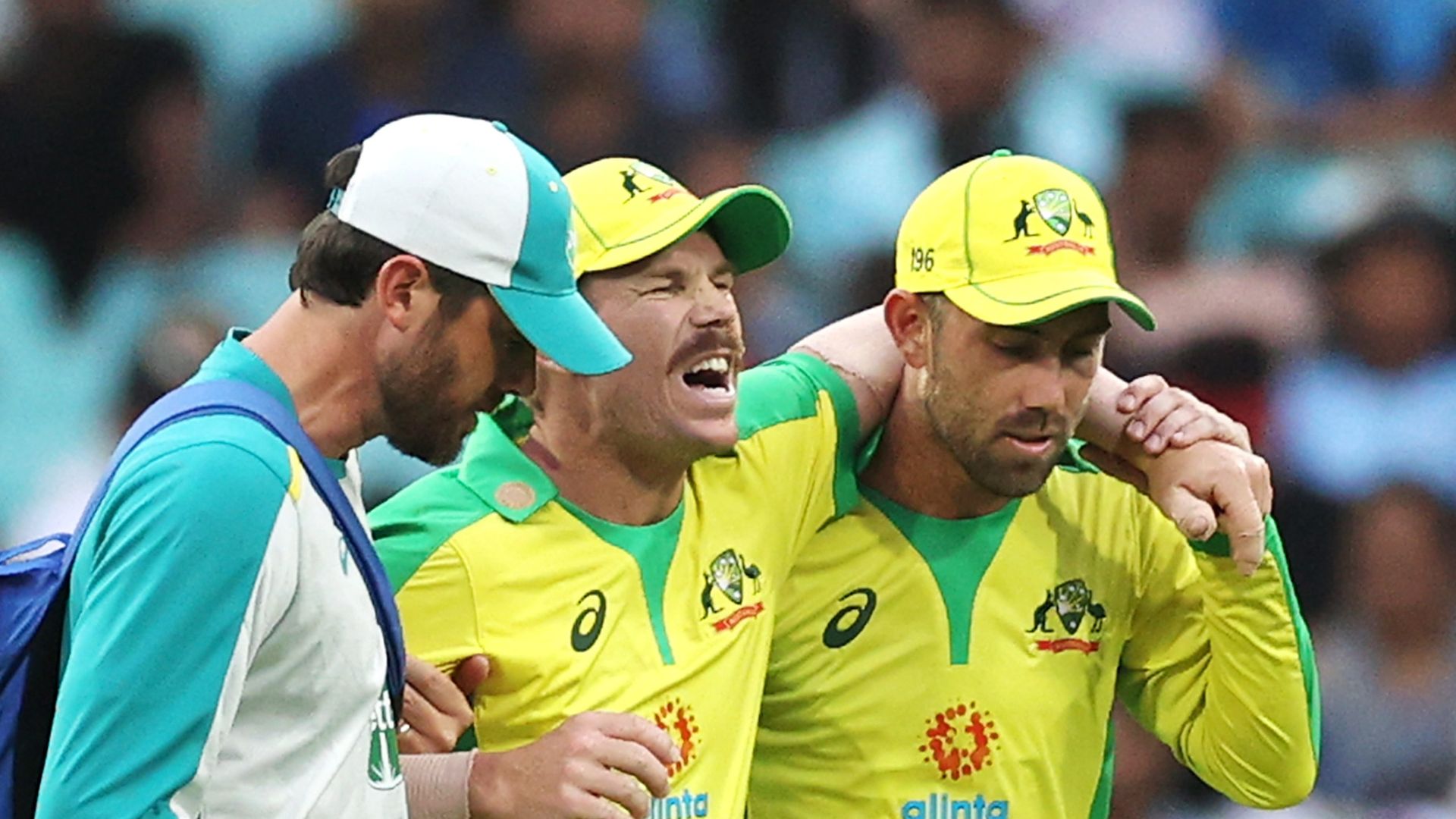 David Warner has been ruled out of Australia’s next one-day international and all three Twenty20 internationals against India because of a groin injury.

The opening batsman was hurt while fielding in Sunday's series-deciding ODI win at the Sydney Cricket Ground.[1]

He limped off with a groin strain early in India's reply, landing awkwardly as he dived to intercept a drive from Shikhar Dhawan.

After scores of 69 and 83 in the first two ODIs, Warner is hoping to recover in time for the test series, which starts on December 17 in Adelaide.

D'Arcy Short was called into the Australia squad as a like-for-like left-handed replacement. Short was the leading scorer in two series in Australia's Twenty20 Big Bash League.

Cricket Australia also announced Monday that pace bowler Pat Cummins would be rested for the third ODI and the T20 series so that he can prepare for the four-match test series.

Australia coach Justin Langer said Warner and Cummins were "critical to our plans" for the tests.

"The priority for both is being fully prepared for one of the biggest and most important home test series we have played in recent years, especially with World Test Championship points up for grabs," Langer said.