US Open: Johanna Konta forced to withdraw with Emma Raducanu set to face a new opponent on Tuesday

Johanna Konta has pulled out of the US Open due to injury, tournament organisers have announced; the reason for Konta's late withdrawal was injury, but she did mis 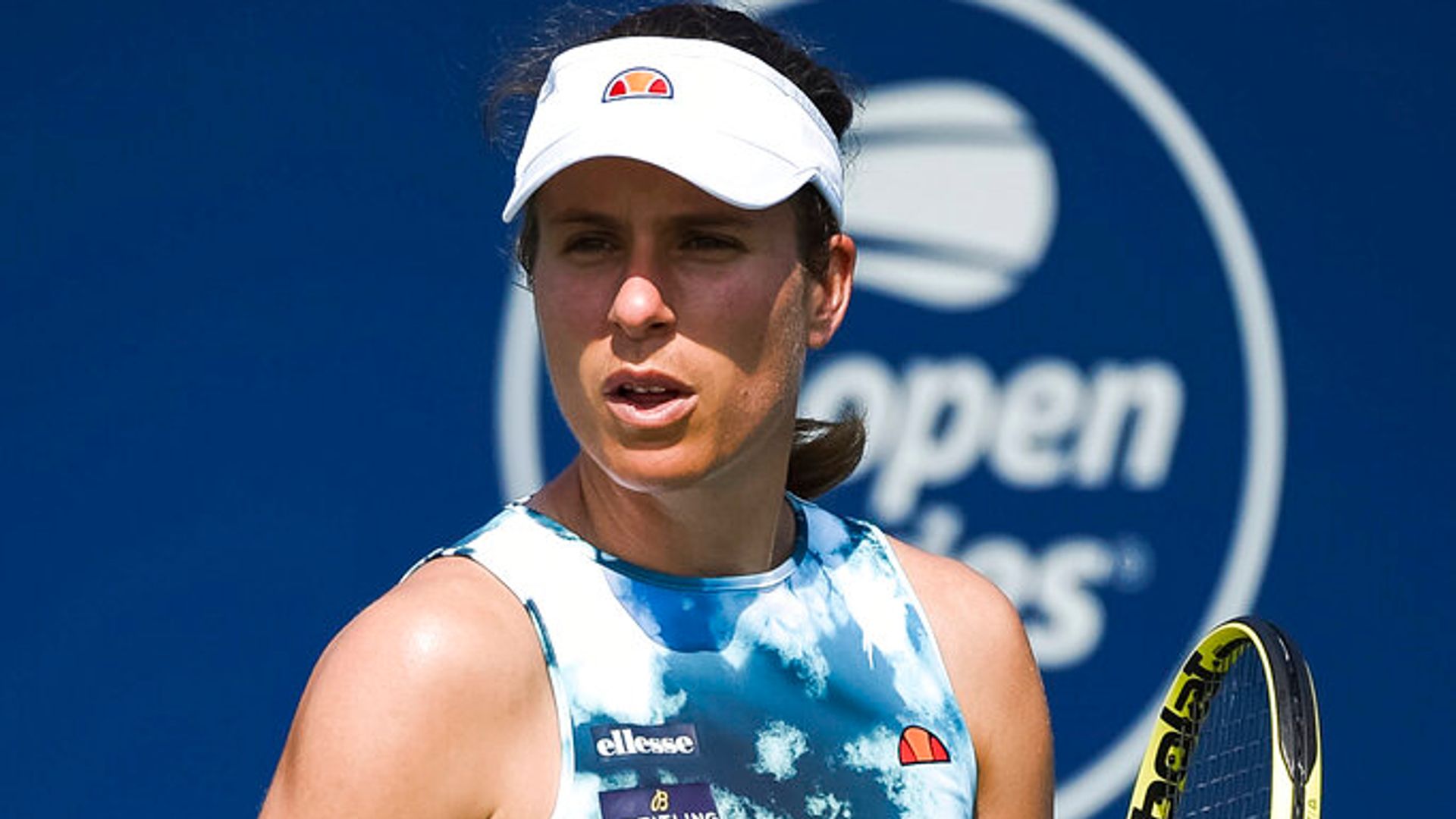 Johanna Konta has pulled out of the US Open due to injury, tournament organisers have announced; the reason for Konta's late withdrawal was injury, but she did miss Wimbledon with COVID-19; Emma Raducanu will take on Swiss Stefanie Voegele instead of 13th seed Jennifer Brady on Tuesday

British No 1 Johanna Konta has been forced to withdraw from this year's US Open, while Emma Raducanu will face a new opponent on her main draw debut on Tuesday.

The reason for Konta's late withdrawal was injury with the Brit replaced in the draw by lucky loser Kamilla Rakhimova of Russia.

Johanna Konta has withdrawn due to a left thigh injury.

Kamilla Rakhimova is in as a lucky loser and will face Kristina Mladenovic in 1R. #USOpen

Konta, ranked No 47 in the world, won the Nottingham grasscourt title in June but was forced to withdraw from Wimbledon a day before the Grand Slam got under way when a member of her team tested positive for COVID-19.

The 30-year-old then tested positive during her self-isolation which ended her hopes of playing at the Tokyo Olympics.

She withdrew in the third round at Montreal due to a knee injury, before falling in the first round of the Western & Southern Open in Cincinnati in the build-up to the final Grand Slam of the season.

Fellow Brit Emma Raducanu, ranked 150, will now face Stefanie Voegele on her main draw debut on Tuesday after Jennifer Brady pulled out as a result of a knee injury.

American Brady was losing finalist at the Australian Open, and she also reached the semi-finals of last year's US Open.

Raducanu shot to fame by reaching Wimbledon's fourth round in July, in a stunning first Grand Slam showing.

The 18-year-old kick-started her US Open qualifying bid by dispatching Holland's Bibiane Schoofs 6-1 6-2, then ousting Georgia's Mariam Bolkvadze 6-3 7-5 to reach the final round where she beat fourth seed Mayar Sherif 6-1 6-4.

She will now fancy her chances of upsetting Swiss world No 128 Voegele.

Katie Boulter, who also progressed to the main draw, will also be in action against Russian Ludmilla Samsonova.

Super League: Wigan Warriors back to winning ways with 22-0 victory over Castleford...

Docherty cut and beaten by Cullen