US move on vaccine intellectual property is a &#039;monumental moment&#039; in COVID-19 fight

The head of the World Health Organization says the US backing of a proposed waiver of intellectual property rights for COVID vaccines is a "monumental moment" in the fight against the virus. The waive

The head of the World Health Organization says the US backing of a proposed waiver of intellectual property rights for COVID vaccines is a "monumental moment" in the fight against the virus.

The waiver could significantly boost vaccine production around the world by lifting patents, copyrights and protections for industrial design and confidential information.

This could mean easier access to vaccines for those in poorer and middle-income countries, many of whom have been at the back of the queue while others such as the US and UK have been able to vaccinate large numbers of their own people. 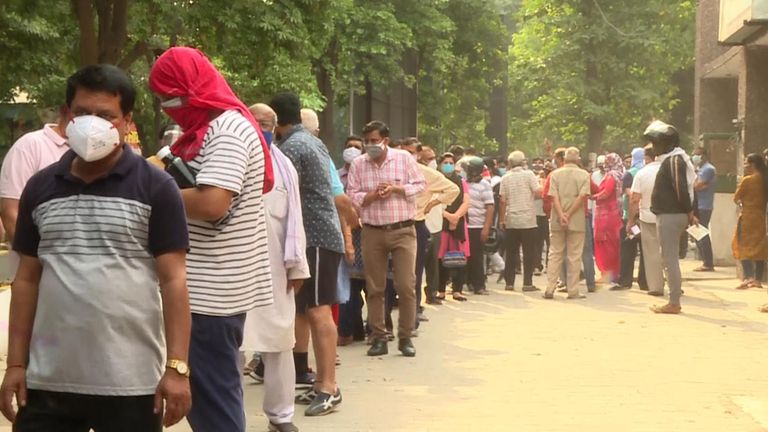 It is an issue that has become more urgent with the surge of cases in India, the world's second-most populous country.

WHO's director-general, Tedros Adhanom Ghebreyesus, has repeatedly urged the world to support the proposal, which was initially brought to the World Trade Organisation by India and South Africa in October last year.

After the announcement by the Biden administration, he said on Twitter: "This is a monumental moment in the fight against COVID-19.

"The commitment by (Joe Biden and US trade representative Katherine Tai) to support the waiver of IP protections on vaccines is a powerful example of United States leadership to address global health challenges."

More than 100 countries support the proposal and Mr Biden had been under growing pressure from a group within Congress - all fellow Democrats who backed the waiver.

Those in favour of the move say it is already among the WTO's tools and there is no better time to use it than during a pandemic that has killed 3.2 million people, infected more than 400 million more, and ruined economies around the world.

Earlier Ms Tai said: "This is a global health crisis, and the extraordinary circumstances of the COVID-19 pandemic call for extraordinary measures.

"The administration's aim is to get as many safe and effective vaccines to as many people as fast as possible."

But those against it say producing the vaccines is difficult and the process of vaccinating the world cannot be sped up simply by easing intellectual property laws.

They also say that lifting such intellectual property protections could hurt future innovation - companies can spend a lot of money researching such breakthroughs and they rely on the protections to make sure their work is not then copied by others for easy profit. 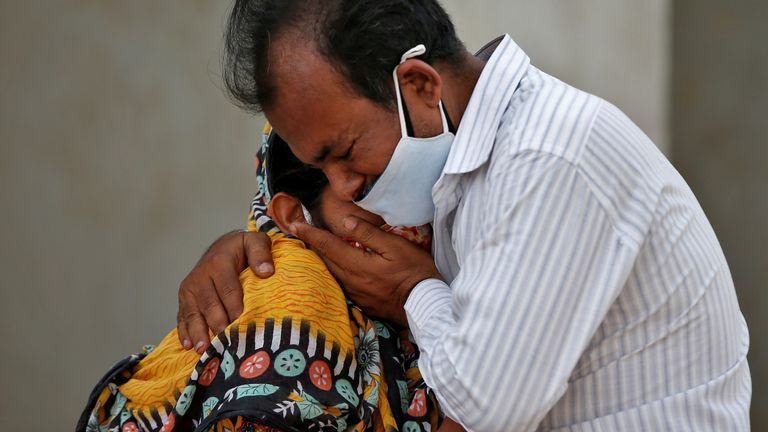 COVID in India: 'Mass vaccination can help us'

Ms Tai has also warned it will take time to reach the global consensus needed to waive the protections under WTO rules and officials have said the effect on vaccine supply will not be immediate.

Also on Wednesday, WTO director-general Ngozi Okonjo-Iweala spoke to a private gathering of ambassadors from developing and developed countries about the issue.

WTO spokesman Keith Rockwell said the countries agree on the need for wider access to COVID-19 vaccines and a panel has been set up to discuss the proposal at a "tentative" meeting later this month before a formal gathering in early June.

A consensus could take some time but Mr Rockwell said there had been a recent change in tone after months of arguing, adding that the discussion was now "far more constructive, pragmatic".

"It was less emotive and less finger pointing than it had been in the past," he said.

"I think that this feeling of everyone-being-in-it-together was being expressed in a way that I had not heard to this point."

Husband of missing Colorado mom Suzanne Morphew is charged with murder a year after...

Rangers and Celtic &#039;B&#039; teams invited to enter Lowland League

US Capitol Complex put in lockdown due to &#039;external...

Penises are shrinking because of pollution, warns scientist

Man, 52, arrested after two bodies found at property in...

A 52-year-old man has been arrested on suspicion of murder after two bodies were...