Dog’s dinner! Antelope narrowly escapes from the jaws of a crocodile - only to be devoured by wild dogs when it reaches the river bank

An unfortunate impala thought he had caught a lucky break after escaping the jaws of a hungry crocodile, only to run straight into a pack of hungry wild dogs.

The beast skillfully avoided one pack of predators by jumping into a river - where he was attacked by an angry crocodile.

Limping, he then manages to make it across to the other side before his fate is sealed when he stumbles across a pack of hyenas. 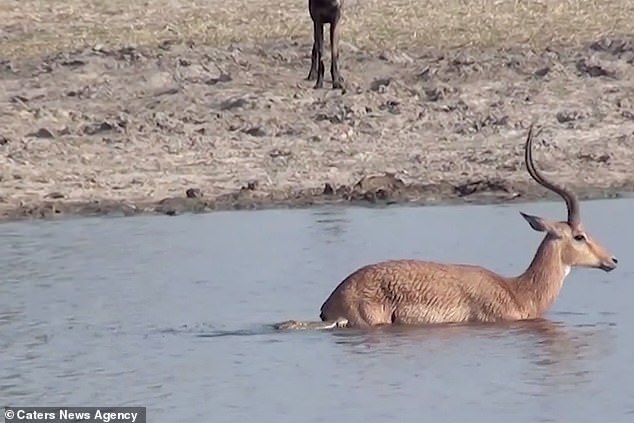 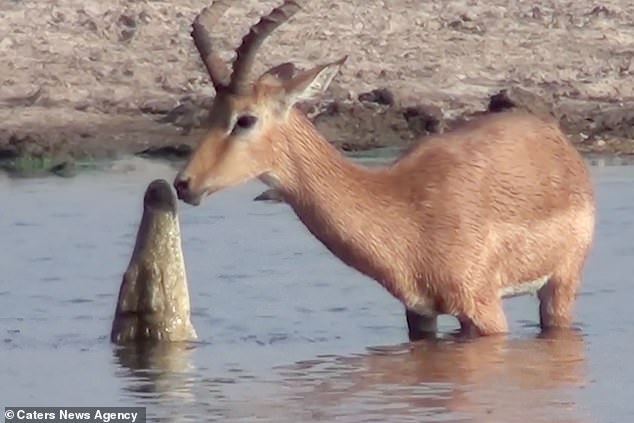 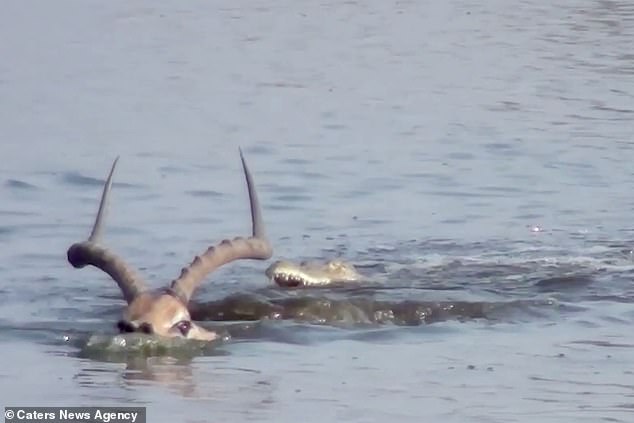 The crocodile managed to injure the impala, who came out of the other side limping and ran into a pack of hyenas

Dutch Kasale, who works as a safari guide for African Bush Camps, in Botswana, captured the whole episode on video.

He said: 'I was searching for footprints of the dogs the next morning and luckily found them.

'I started tracking them, when suddenly, an impala sprinted ahead of them, with wild dogs chasing.

'The impala sprung into the safety of a nearby dam, not for long, unfortunately. We saw some bubbles and a crocodile surfaced. 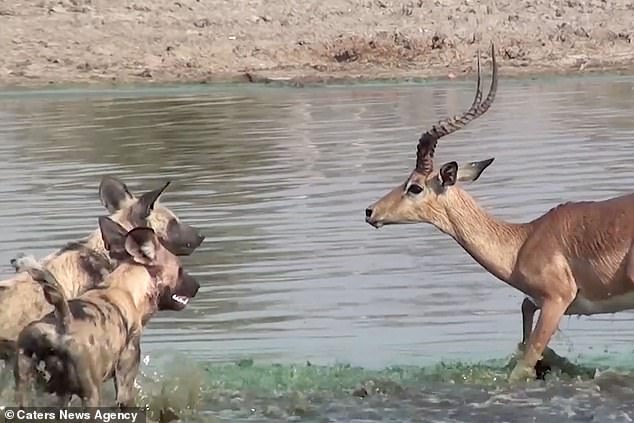 Footage showing the entire scene was captured by Dutch Kasale, who works as a safari guide for African Bush Camps, in Botswana 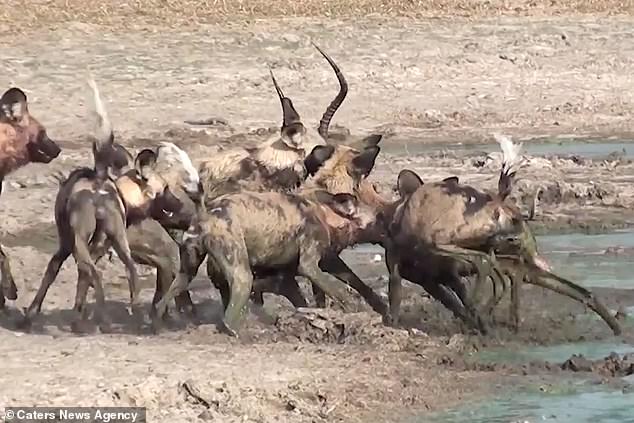 'The poor dog has a hard decision to make, neither looking too promising. The poor impala shakes in the water - the adrenaline clearly overwhelming him at this point.

'The croc tried a few times to bite the impala but it was quite a large bull, he waited it out in the water but started shivering as the water got too cold and swam away, with the croc still trying to trying his luck and on his tail.

'The impala reaches the shallower water where the dogs have the advantage and the poor impala meets his fate.

'This display really proves why these dogs are the most successful hunters on earth. Although this time they might have just gotten lucky.'

Amazon's Prime 'Day' will actually last for 48 hours this year

Piglet 'thinks it's a lamb' after being adopted by group...