Erika Thompson has devoted her life to patient care. She has been a midwife for more than 20 years, working with three NHS Trusts in the south of England. But Mrs Thompson has been told that she is go

Erika Thompson has devoted her life to patient care.

She has been a midwife for more than 20 years, working with three NHS Trusts in the south of England.

But Mrs Thompson has been told that she is going to lose the job she loves because she refuses to get vaccinated against COVID.

"I'm personally devastated. On a practical level, I've got to earn a living, so that's obviously a stress. I have colleagues that are single parents and they don't know where they're going to get the income to be able to survive," she tells me.

Mrs Thompson insists she is not anti-vaccine but is anti-mandate.

She says the decision to be vaccinated or not is an entirely personal one and must not be forced on anyone against their will.

Her stance means she will lose her job even though she has four children and a mortgage.

She says her decision is fully supported by her husband and health worker colleagues, both vaccinated and unvaccinated.

I asked Mrs Thompson if she agrees the vaccines had saved thousands of lives.

She accepts this but adds that individuals should weigh up the personal risk involved and then make an informed opinion.

She says: "It's been drummed into us from our training to be autonomous practitioners and empower women to make their own decisions, so when we're not being allowed to do that for ourselves now, that's making me, making people angry." 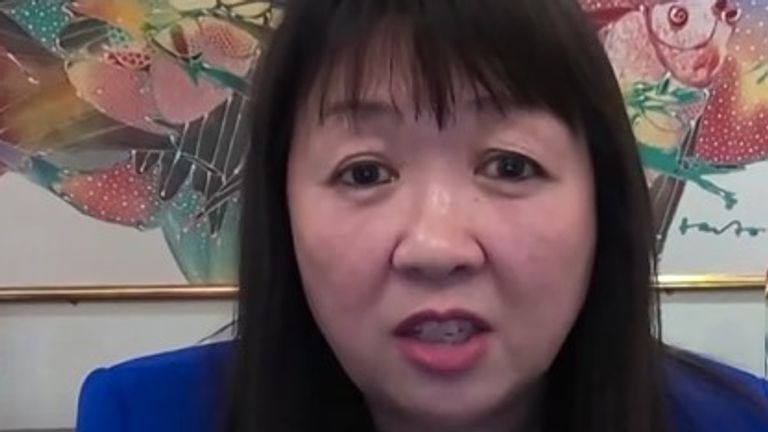 Mrs Thompson says she has a history of myocarditis and this is one of the reasons she chose not to get vaccinated, in case there is an elevated risk to her health.

She argues that she has had COVID and her antibodies provide her with protection from the virus.

I tell Mrs Thompson that the government, backed by data from their own scientists, insists on vaccines for all NHS staff as it reduces transmission and protects patients.

She says has not seen enough evidence to convince her that is true.

Mrs Thompson also adds that her clients, the expectant mothers who she prepares for childbirth, fully support her and do not feel like their safety has been compromised.

Hannah Beard is 36 weeks pregnant and Mrs Thompson has been there every step of the way.

She too is unvaccinated and supports her midwife's stance.

Mrs Beard is worried about the NHS if thousands of job losses are forced through.

"I understand my baby and myself might need ongoing services from the NHS in the future, and I know it's under strain already - the impact that may have on the availability of care that I need could definitely be a concern."

Mrs Thompson was among hundreds of NHS staff who marched through central London on Saturday demanding the mandate be scrapped. 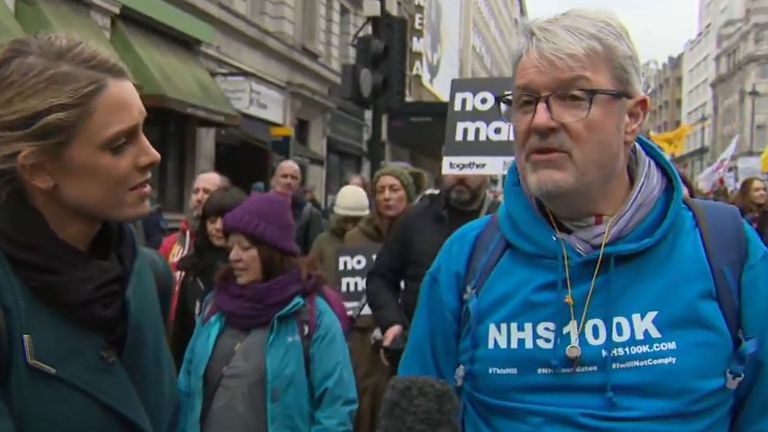 0:46
'I should have the right to decide' on vaccine

Around 80,000 could lose their jobs at a time when the NHS is under severe pressure already through staff shortages.

The World Health Organisation estimates that the vaccines have saved almost half a million (470,000) lives in Europe alone.

More than 90% of frontline workers in England have had at least two jabs.

The government says the mandate was introduced to ensure patient safety.

The Health Secretary Sajid Javid will now need to decide what is more dangerous: tens of thousands of unvaccinated NHS staff or losing them altogether.

Husband killed his wife when sex left her with a perforated...

Only Fools and Horses fan spends £3k on Del Boy and Rodney...