Saudi hit squad that butchered Jamal Khashoggi referred to the writer as a 'sacrificial animal', it's revealed as analysts say the kingdom is facing a 'new crisis' over the killing

A Saudi hit squad that butchered Jamal Khashoggi referred to the writer as a 'sacrificial animal', it has been revealed.

A UN report published yesterday stated the journalist was drugged with a sedative and suffocated with a plastic bag.

An audio recording of Khashoggi's final moments appeared to reveal how his killers discussed cutting his body into pieces before accosting the dissident writer, who died amid 'sounds of a struggle'.

Western allies faced renewed pressure to suspend arms sales to the kingdom in the wake the further allegations and alleged involvement at the highest echelons of the Saudi hierarchy. Analysts say the kingdom now faces a 'new crisis'. 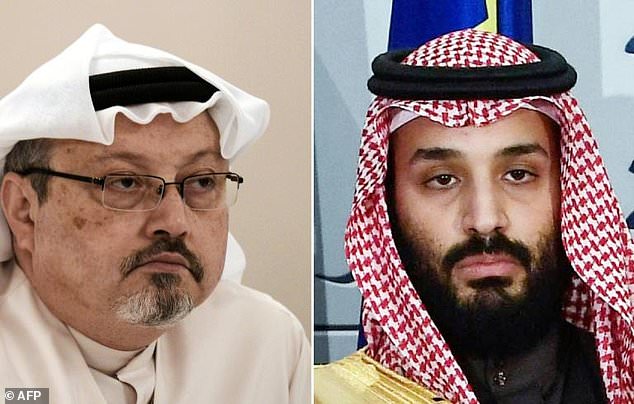 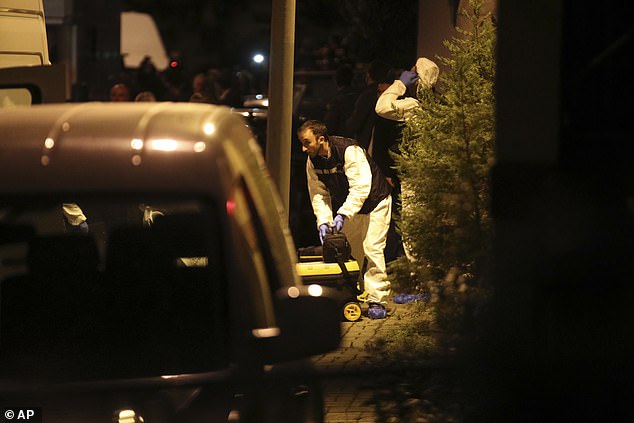 The allegations, strongly rejected by Riyadh, are also likely to increase anti-Saudi sentiment in the US Congress despite the prince enjoying President Donald Trump's backing.

Saudi Arabia has sought to move on from the scandal triggered by Khashoggi's murder, but the UN expert's report implicating its crown prince has heaped pressure back on the kingdom, analysts say.

'Another round of international embarrassment for [Saudi Arabia] is starting now.'

The 101-page document, which details the dissident's murder by Saudi agents at the country's Istanbul consulate, has cast a renewed spotlight on the case just as the de facto ruler appeared to be emerging from the scandal.

Britain today said it would suspend issuing new Saudi licenses for the sale of arms that might be used in the kingdom's four-year bombing campaign in Yemen. 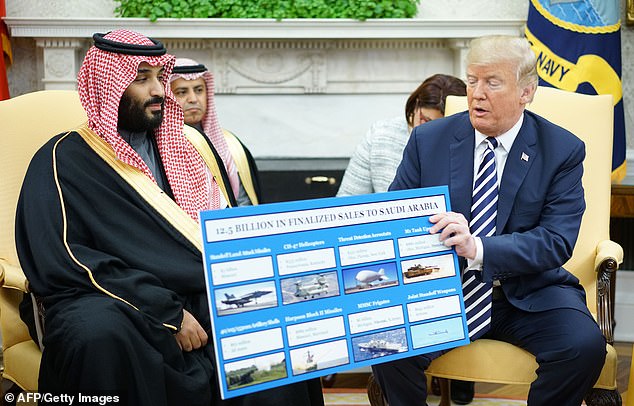 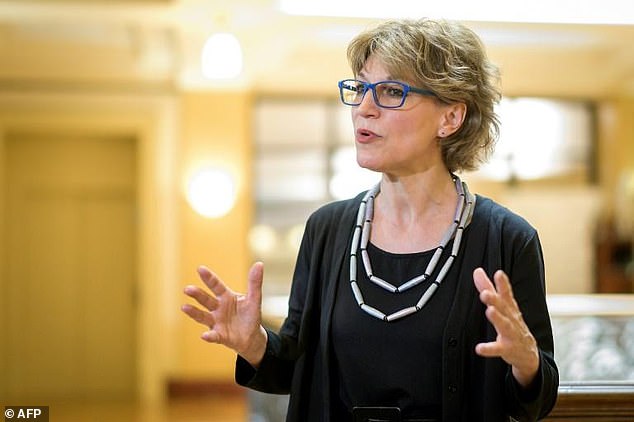 The decision was not directly linked to the report, but came after a British court ordered the government to 'reconsider' the sales because of their humanitarian impact.

The UN expert's report is unlikely to challenge Prince Mohammed's position at home, where his grip on power 'appears absolute', said Hussein Ibish, a scholar at the Arab Gulf States Institute in Washington.

'The bigger concern, I have no doubt, is the growing anti-Saudi sentiment in US Congress,' said.

This week, US lawmakers launched a new attempt to block Trump's bid to sell $8.1 billion-worth of arms to Saudi Arabia and other Arab allies.

Last month, the president bypassed the usual process of seeking a congressional green light for the sales, citing risks from Iran -- a common foe of Riyadh and Washington.

'As long as [the Saudis] have strong relations with the White House they will probably be okay, but the growing tensions with Congress are a very bad sign,' said Ibish.

'Riyadh's relationship with Washington is not optional from a Saudi point of view. It's essential.'

While Callamard's report did not offer definitive evidence linking Prince Mohammed to Khashoggi's murder, it said it was 'inconceivable' such a large-scale operation could be implemented without him being aware. 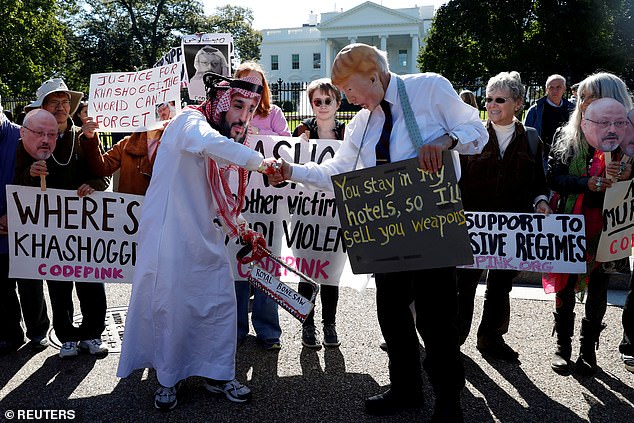 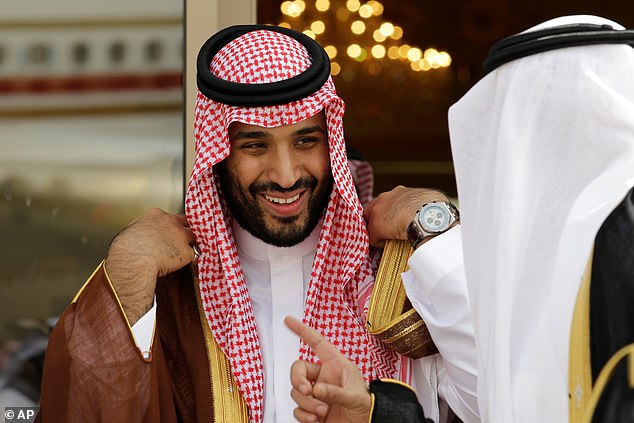 The report quoted audio recordings, apparently picked up by Turkish listening devices, of Saudi officials discussing dismembering his body even before Khashoggi entered the consulate to collect a Saudi document allowing him to wed his Turkish fiancee.

Khashoggi's remains have so far not been found and yesterday his fiance, Hatice Cengiz, wrote in a piece for the New York Times stating that politicians in Washington should have done more to leverage their power to bring his killers to justice.

The report said there was evidence that the crime scenes, including the consulate, had been 'thoroughly, even forensically, cleaned' following the killing, indicating a cover up.

Saudi Arabia has placed 11 unnamed suspects on trial for the murder.

But the report said the murder involved a 15-man team that flew to Istanbul on two jets in a mission that required 'significant government coordination, resources and finances'.

The Saudi minister of state for foreign affairs, Adel al-Jubeir, has dismissed the report, saying that it was riddled with 'clear contradictions' and 'unfounded allegations'. 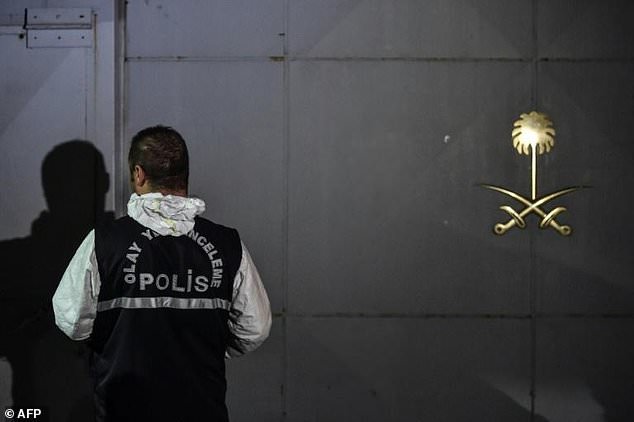 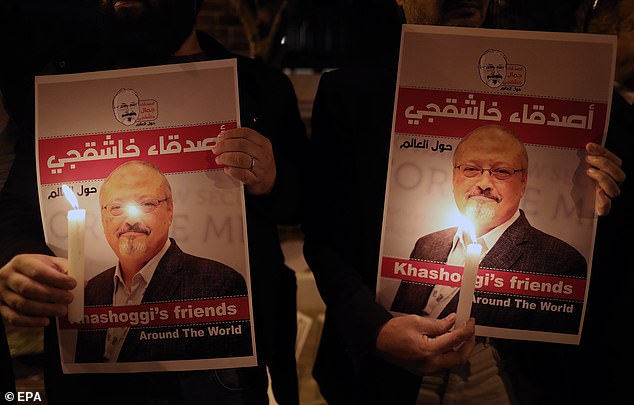 Diplomats from the UN Security Council's permanent members -- Britain, China, France, Russia and the United States -- as well as Turkey are allowed to attend the trial proceedings of the 11 suspects, Jubeir said.

The proceedings are held entirely in Arabic, diplomatic sources said.

The diplomats are not allowed to bring interpreters and are usually summoned at short notice, the sources added.

The incident had tarnished the reputation of Prince Mohammed - a self-styled reformer seeking to modernise the conservative petro-state.

The kingdom had been attempting to turn the page on it, in hopes of winning back foreign investment and resetting ties with Western allies.

Global business titans and CEOs attended a financial conference in Riyadh in April, suggesting they were keen to resume ties with the wealthy kingdom as the impact of the killing appeared to subside.

The report could however 'increase the reputational risks for US entities doing business with Saudi Arabia', Ryan Bohl, from the US geopolitical think tank Stratfor said.

'This UN report will put winds into their sails and give them an opportunity to build up their public support,' Bohl said.

Mother loses unborn twin but will carry both babies to...