By Joseph Curtis For Mailonline

Two 'cheeky and playful' snow leopard cubs have been born at a UK wildlife sanctuary in a boost to the endangered species.

The pair were delivered from nine-year-old mother Laila at the Big Cat Sanctuary in Smarden, Kent, in April but staff have only just made the new arrivals public.

The unnamed cubs - both male - now weight a healthy 6lbs each and will grow to between 5.5st and 8.5st.

Spokeswoman Lauren Calcutt said the births were a huge boost to its breeding programme to help ensure the survival of the species. 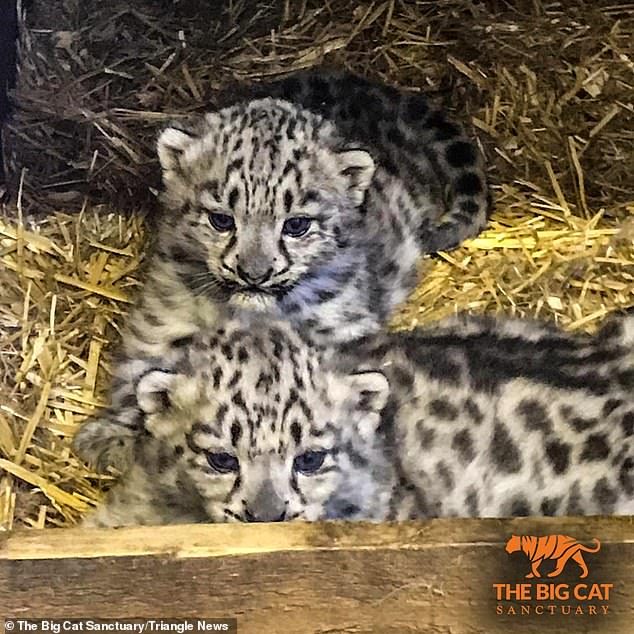 Two male snow leopard cubs, pictured, have been born at the Big Cat Sanctuary in Kent as part of a breeding programme to ensure the survival of the endangered species 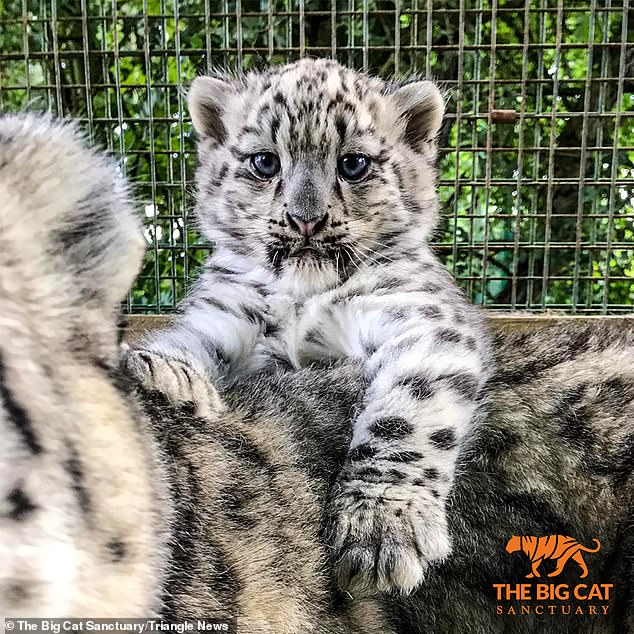 The cubs have not yet been named and were born after the fourth mating of parents Laila and Yarko, with the previous three efforts not producing a pregnancy

She said: 'Laila has been an absolutely sensational mum, the best we could have asked for and more.

'Now at eight weeks following the birth, we're confident enough in the cubs' progression to be able to share this wonderful news.'

Laila was born at Antwerp Zoo in April 2010 and was hand-reared by staff there after her mother died.

She arrived at the Big Cat Sanctuary in September 2011.

Why is the snow leopard at risk of extinction?

Snow leopards are found across mountains in central Asia and make their homes in rugged landscapes.

Their numbers have dwindled to around 10,000 due to poaching and destruction of habitat while climate change may also affect their survival.

They survive in cold temperatures due to their spotted coats which are thick enough to insulate them from the cold.

Snow leopards are very talented predators and are able to hunt and kill animals three times their own size. Their favourite prey is sheep and mountain goats.

Breeding programmes have been set up around the world to try to increase numbers of the animal.

The cubs' father is Yarko, who arrived in Kent in June 2013.

Although the pair have mated three times before, this is the first time they have achieved a pregnancy.

Laila and Yarko are part of an international breeding programme to bolster snow leopard numbers.

They are usually found in central and southern Asia but numbers have been decimated by habitat destruction and poaching, with only around 10,000 now left.

A post on the Big Cat Sanctuary's Facebook page added: 'As a first time mum, we have been very conscious to closely monitor Laila and the cubs' health and progress, allowing every step to be taken at her pace.

'Laila has been absolutely superb in caring for the new arrivals and continues to support and nurture their growth as each day passes.

'Each of the boys' characters are already starting to bloom - the smaller, slightly paler boy is much bolder, naughtier and very inquisitive compared to his brother.

'The larger, darker boy is more timid and cautious, usually wanting to spend more time sleeping and eating, but is often seen enticed into play sessions by his sibling.'

The park - a charity set in 32 acres of grassland - is now considering how to name the pair.

The sanctuary has become one of a handful of UK zoos that have successfully delivered snow leopards, with other cubs welcomed at Twycross Zoo in Leicestershire in April 2017 and at Lakeland Wildlife Oasis in South Cumbria in May last year. 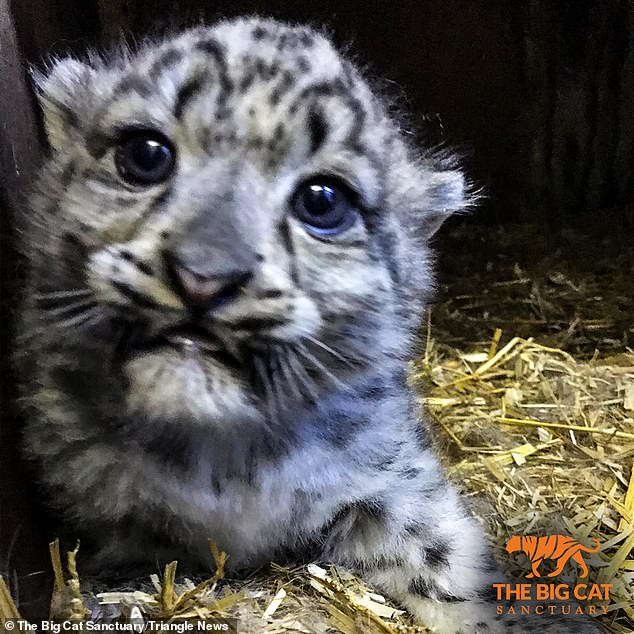 There are around 10,000 snow leopards left in the world due to poaching and destruction of habitat in central Asia, where the species is typically found

One hour of 'fashionable' Zumba a week 'relieves period pain'

UK's Johnson warns EU against any 'Napoleonic' tariffs in no-deal...

Model reveals how running helped him to cope with grief

Watford footballer was involved in shocking brawl at Royal...

Upsurge in Iranian hacking attempts against US experts...