'Change your position and we can

'Change your position and we can talk': Tusk and Juncker lay down Brexit gauntlet to Johnson and Hunt as they say divorce deal cannot be changed

Donald Tusk and Jean-Claude Juncker have laid down the gauntlet to Theresa May's successor as they said the Brexit divorce deal cannot be changed but the terms of the future EU/UK relationship could be amended.

Mr Tusk, the President of the European Council, said it remained the EU's ambition to avoid a 'disorderly Brexit' and that he looked forward to meeting with Boris Johnson or Jeremy Hunt depending on who emerges victorious in the race for Number 10.

But he and Mr Juncker put the bloc on a collision course with the two leadership rivals as they both reiterated that the Withdrawal Agreement cannot be changed.

However, Mr Tusk said that if Britain softened its negotiating red lines then the EU would be open to changing the proposed future relationship between the two sides.

Both Mr Hunt and Mr Johnson have pledged to reopen the Withdrawal Agreement and make changes to it in order to secure the backing of a majority of MPs.

Mr Tusk's and Mr Juncker's comments highlight the difficulty of the task which will face whoever becomes the next prime minister. 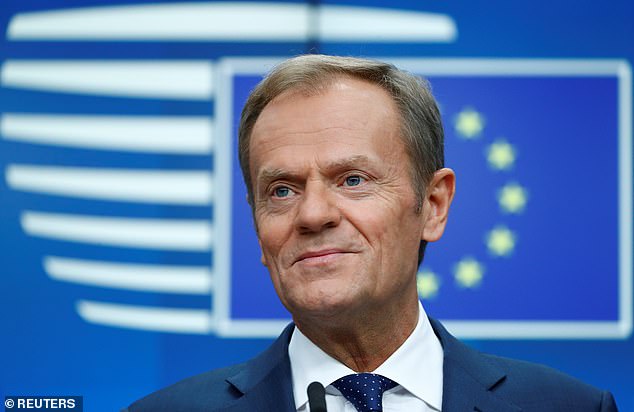 EU leaders convened in Brussels yesterday and today in order to decide who should takeover from Mr Tusk and Mr Juncker as well as a series of other important roles.

But the EU28 member states were unable to reach an agreement with leaders set to meet again to finalise the plans on June 30.

Mr Tusk told a press conference in Brussels at lunchtime: "At the end of our meeting the EU 217 briefly came back to the issue of Brexit.

"We have agreed on the following united approach of the EU27.

"We look forward to working together with the next UK prime minister.

"We want to avoid a disorderly Brexit and establish a future relationship which is as close as possible with the UK.

"We are open for talks when it comes to the declaration on the future UK EU relations if the position of the United Kingdom were to evolve.

"But the Withdrawal Agreement is not open for renegotiation."

Mr Juncker added: "There was nothing new, nothing new, because we repeated unanimously that there would be no renegotiation of the Withdrawal Agreement."

Mr Tusk said the leaders of the 28 member states would meet again on June 30 after discussions on new appointments lasting four hours failed to reach a conclusion.

The leaders talked about the appointments until 1.45am local time (12.45am BST) on Friday at the Brussels summit, before adjourning until the end of the month.

Mr Tusk told a press conference at 2am (1am BST): "The European Council had a full discussion of nominations, taking into account my consultations and statement made within the European Parliament.

"There was no majority on any candidate. The European Council agreed that there needs to be a package reflecting the diversity of the EU. We will meet again on 30th June." 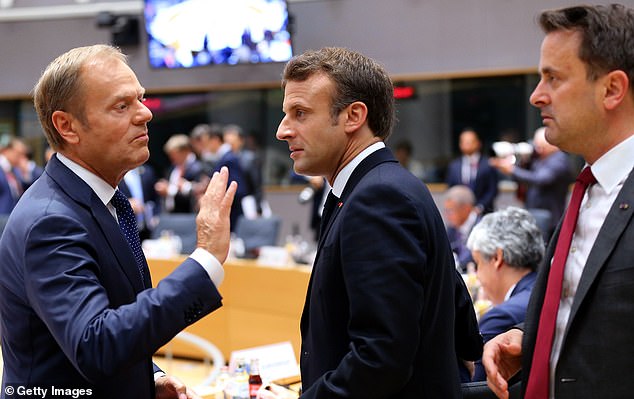 Donald Tusk, French President Emmanuel Macron and Luxembourg Prime Minister Xavier Bettel (pictured today) were three of the key players as the EU 28 tried to hammer out who should take top jobs in Brussels 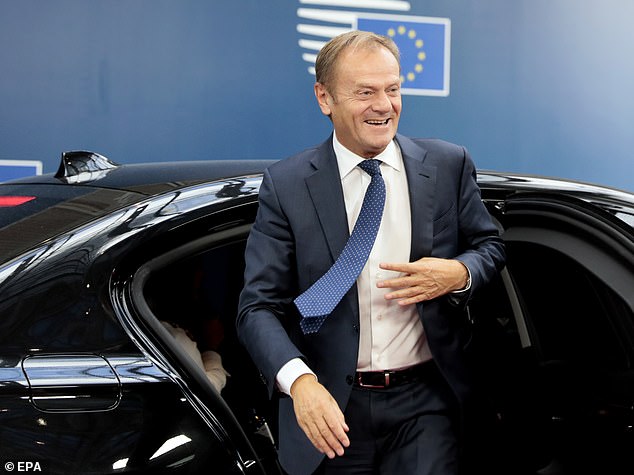 Mr Juncker, asked why he expected it would be easier to get a deal on the package of top jobs later in the month, replied: "I don't expect that, but it has to be done."

Theresa May left the summit on Friday morning after holding a one-to-one bilateral meeting with German Chancellor Angela Merkel.

The PM also dropped in to the UK Permanent Representation to the EU to talk to staff.

Mrs May - who had expected the summit to be her last as Prime Minister but she will now have to return again on June 30 - said as she arrived yesterday that she would play a "constructive role" in the discussions.

Earlier, Mr Tusk said that while he had been "cautiously optimistic" about making progress, he had become "more cautious than optimistic".

The leaders discussed who should take over from Mr Tusk and Mr Juncker, amongst other roles. 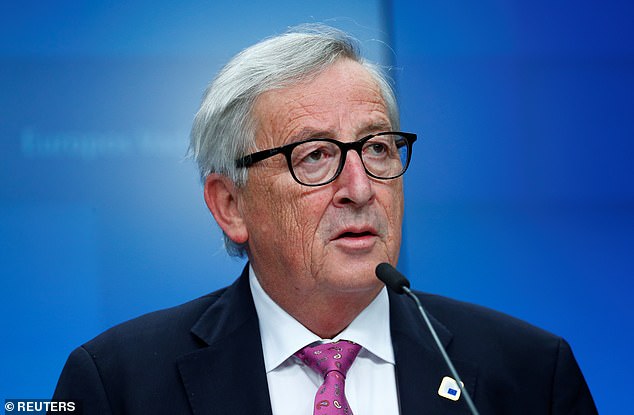 Discussions on the first day of the summit also focused on climate change, disinformation, the long-term EU budget and external relations.

The main political groupings in the Parliament have nominated candidates, including German MEP Manfred Weber, for the centre-right European People's Party (EPP), and former Dutch foreign minister Frans Timmermans, for the Party of European Socialists (PES).

The liberal group has put forward a "Spitzen Team" made up of figures including European Parliament Brexit co-ordinator Guy Verhofstadt and Danish EU Commissioner Margrethe Vestager.

Cub gives his father a hug in scene reminiscent of Lion...

Mother banned from driving after filming a little boy dancing...