Toddler knocks over £45,000 fly sculpture knocking off its wings at Swiss art show leaving the child's mother 'close to tears'

A toddler pushed over a £45,000 sculpture of a fly and knocked its wings off, leaving the child's mother 'close to tears'.

The three-year-old girl allegedly knocked over the plastic piece called Fliege, or Fly, and it fell from a plinth onto the floor.

It was being exhibited at the US gallery, Matthew Marks, as part of the Art Basel fair in Switzerland last week.

The toddler was said to have accidentally knocked the plastic model off its plinth while reaching out of her buggy, according to Swiss news agency NAU. 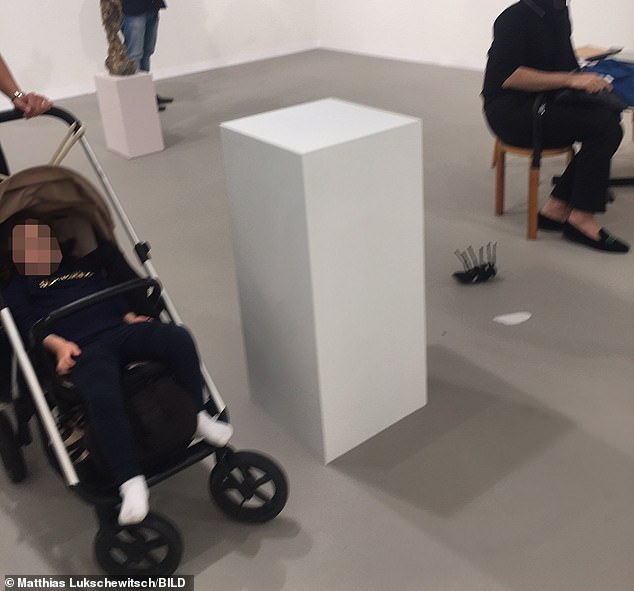 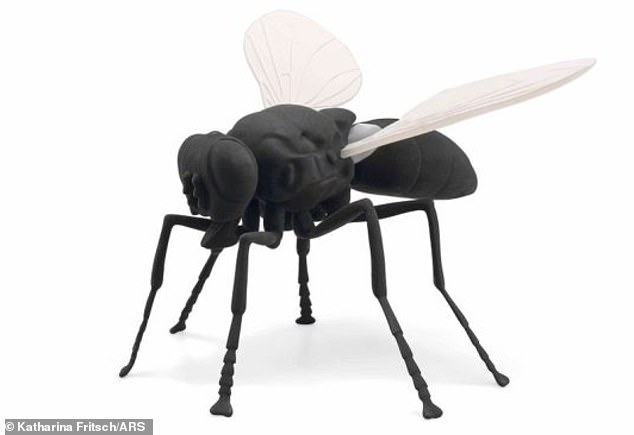 A toddler knocked over the sculpture called Fliege, or Fly, at a modern art fair in Basel, Switzerland, reportedly leaving her mother 'close to tears'

Pictures showed the sculpture lying upside down on the floor and the child thought to have knocked it over sitting in her buggy.

Mother and daughter were admiring the fly sculpture by German artist Katharina Fritsch when the accident happened, according to local media.

Swiss media said the mother was left 'close to tears' and an Art Basel spokeswoman acknowledged the incident that was said to have knocked the plastic white wings off.

But after saying the piece was destroyed, an official from the fair then claimed it was not damaged, according to Spiegel Online. Visitors arrive at Art Basel, the world's premier modern and contemporary art fair, in Basel, which is has been running this month

A spokeswoman for Art Basel later said that while the fair is 'aware of the incident' it was 'informed by the gallery that the work was not damaged'.

They then declined to share more detail on the incident at the request of the gallery, the Art Newspaper reported.

This year's art fair has hosted numerous international artists, including Sigmar Polke and Mark Bradford who have each made around £8million in sales each.

Art Basel has had shows in Miami Beach and Hong Kong as well as Basel.

Iran claims it has foiled all cyber-attacks launched by...