Thugs go on terrifying rampage a

By Peter Allen For Mail Online

A prestigious French musical festival supported by President Emmanuel Macron descended into violence today when gangs of thugs went on the rampage in central Paris.

Video shot close to Notre Dame Cathedral and the Louvre Museum showed young men being pushed to the ground and then set upon by attackers.

It came towards the end of the 38th Fete de la Musique, or Music Party, which was held in streets and squares across France, as well as at the Elysee Palace itself, where Mr Macron and his wife Brigitte had opened their official home to singers and dancers.

But there was anarchy less than a mile-and-half away at one of the biggest gigs of the night – a rap concert by Les Halles shopping centre, close to the Rue de Rivoli, Paris’s equivalent of Oxford Street in London. 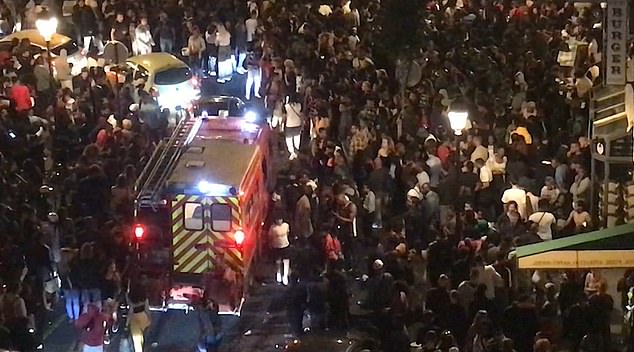 Video shot close to Notre Dame Cathedral and the Louvre Museum showed men being pushed to the ground and then set upon by attackers. Emergency services pictured responding

‘Thugs were out of control and punching and kicking at will,’ said Claire, a 22-year-old student who witnessed the violence.

‘There were no police anywhere, and the fighting just went on and on. We had nowhere to escape to because all the nearest Metro station entrances were blocked with crowds. It was terrifying.’

Video shot by another witness showed the pandemonium, when as groups of mainly young men became fighting between themselves.

Mr Macron and Anne Hidalgo, the Socialist mayor of Paris are among those who regularly show off the Fete de la Musique as a ‘celebration of Paris life’. Other officials have said that people should go out and enjoy themselves, in defiance of threats of violence. 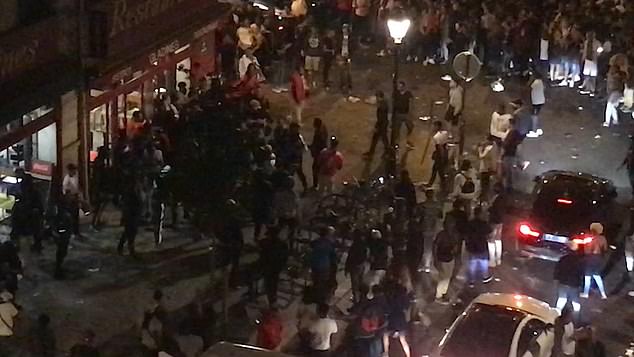 ‘Thugs were out of control and punching and kicking at will,’ said Claire, a 22-year-old student who witnessed the violence, pictured here

But thuggery carried out by men who have not been identified paints a very different picture. There is a police station close next to Les Halles shopping centre, but not a single officer appeared to deal with the trouble.

The violence came following months of disturbances by the Yellow Vest anti-government protestors in Paris which has seen public monuments attacked and shops looted.

Terrorist attacks have also been a regular occurance in the city since 2015, when killers linked to Islamic State and Al Qaeda struck, prompting the government to introduce a State of Emergency. 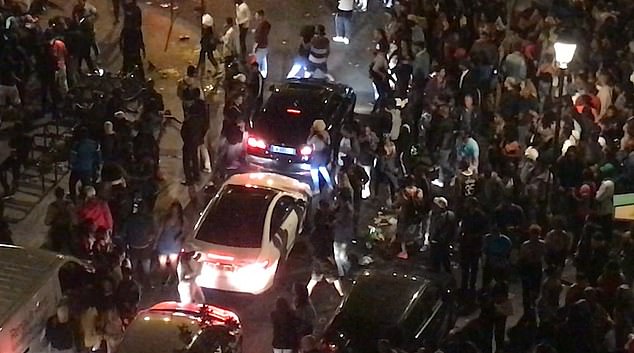 Video shot by another witness showed the pandemonium, when as groups of mainly young men became fighting between themselves

This had now been lifted, but soldiers and armed police remain a regular sight in the city.

At around 1am, the woman and a group of friends were walking in front of an entrance to Chatelet Metro Station, when the violence exploded around them.

‘A gang wearing tracksuits and hoodies began fighting, and the woman and her friends were right at the centre of the chaos,’ said another British witness.

‘The screams were blood-curdling, especially as the police had pretty much given up for the evening.

'A young man in an orange tracksuit top seemed to be one of the ringleaders. He was kicking and punching all the time.’

The woman, who is wearing a black top and jeans, is initially seen at the centre of the gang, who appear to be stamping on her, and throwing punches. 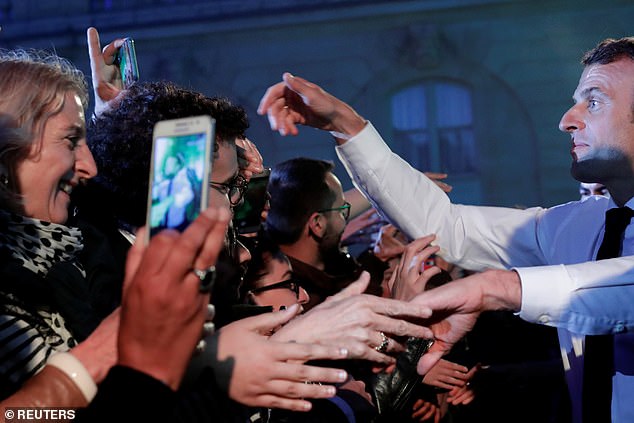 When she is first punched, one of her friends take revenge, punching the person who hit her.

Fist fights then break out all around her. The woman then gets up, and tries to get away, but then apparently returns to help a friend.

It is then that she falls to the floor again, and is again left in a crumpled heap as the kicks and punches pour down.

A man in a white T-shirt and a backpack could also be seen in the video, trying to help those caught up in the trouble.

He pushes some of the worst aggressors away, before helping the woman to her feet.

Police at the Les Halles station today said they ‘knew absolutely nothing’ about the gang attack, and urged ‘witnesses to come forward’.

The mob violence is particularly embarrassing for Mr Hollande and Ms Hidalgo, who have pledged to make Paris a safe city again, following the attack by Islamic State suicide bombers brandishing Kalashnikovs.

Many of their attacks took place in exactly the same kind of streets as where the violence happened last night and this morning.

Obese pregnant woman have triple the risk of a type 2 diabetic... 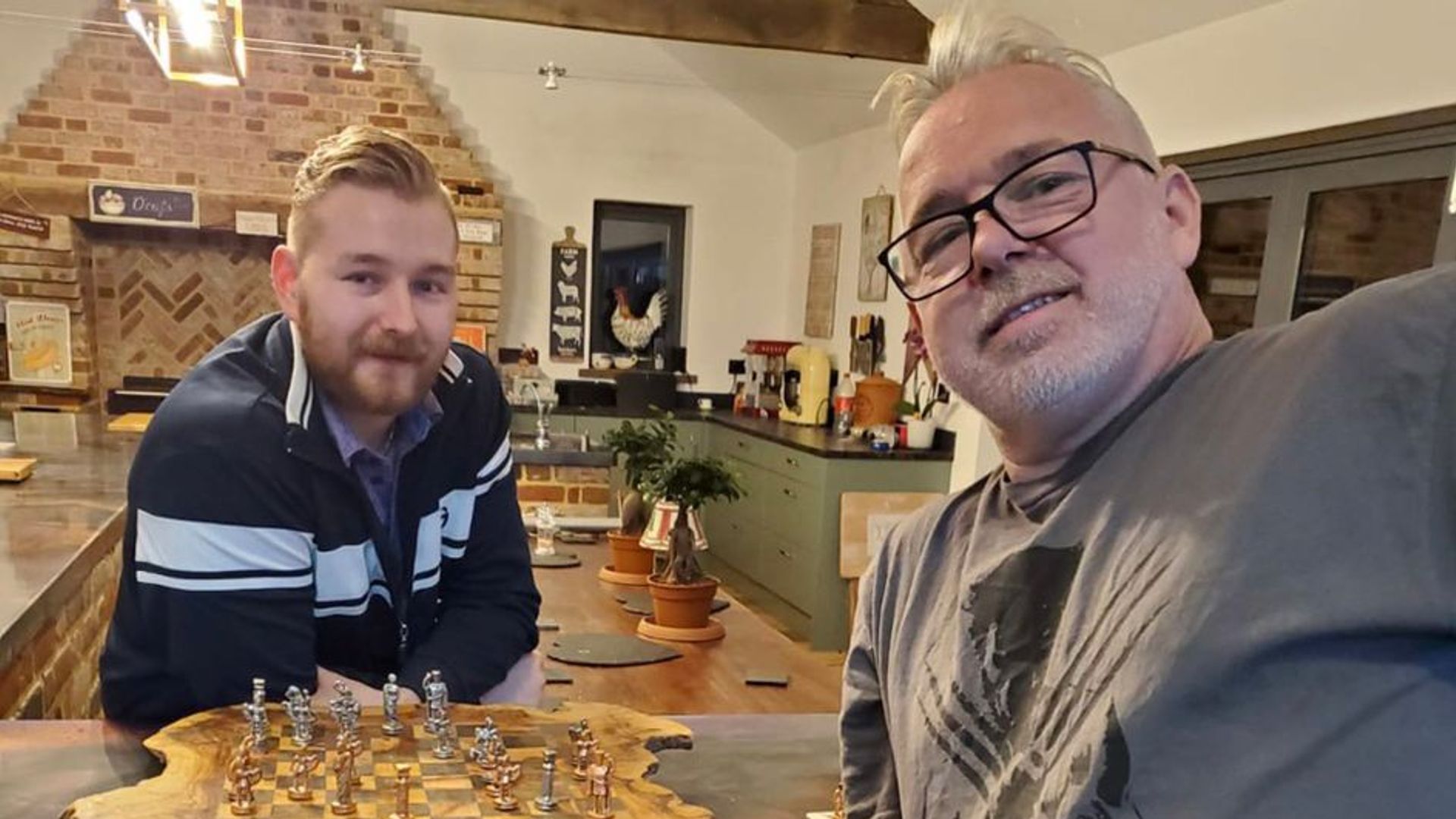