Cricket Statistician Last Updated: 16/11/20 3:53pm After Nasser Hussain and Rob Key had their say on the best players never to play T20 cricket, Benedict Bermange pours through the archives to pick hi 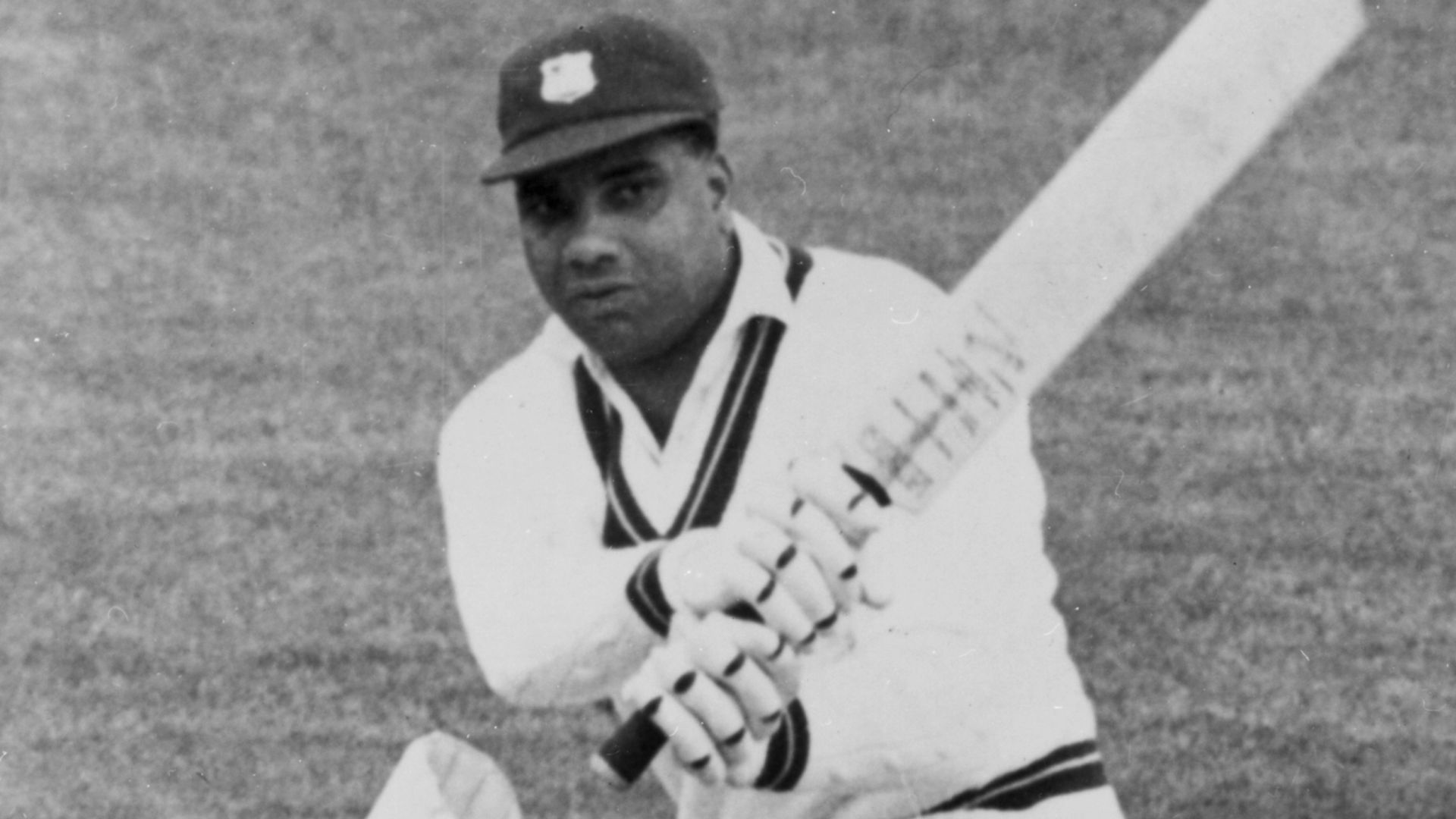 Denis Compton, Mike Procter and Zaheer Abbas among Sky Cricket statistician Benedict Bermange's XI of historical cricketers who would have flourished in the Twenty20 era, while Victor Trumper's rapid scoring rate would have made him a success

After Nasser Hussain and Rob Key had their say on the best players never to play T20 cricket, Benedict Bermange pours through the archives to pick his team…

In recent weeks, Nasser Hussain and Rob Key have been entertaining viewers by picking their Twenty20 XI of players who never had the opportunity to play the format in an official capacity.

Understandably, most of their selections featured from their own eras of playing, but I have decided to cast my net wider to encompass the entire history of cricket and hazard some kind of guess as to who might feature in an all-time team excluding the members of the team chosen by my two more illustrious colleagues.

Trumper's lasting fame was not generated by mere figures alone, but by the way he scored his runs. His unbeaten innings of 185 against England at Sydney in 1903 came in less than four hours and he mastered the South African googly attack at Adelaide in 1911 to the tune of 214 not out. He scored 98 runs between lunch and tea and then 99 between tea and stumps - both sessions only lasting about 90 minutes each. Whereas balls faced is strictly speaking a better measure of a batsman's scoring rate, in terms of enjoyment to the spectator, scoring runs in a shorter time will always appear to be more exciting. That is where Trumper excelled: his overall scoring rate of 40 runs per hour is the fastest in Test history.

With Richards it will always be a case of 'what might have been'. Never mind the 28,258 first‐class runs at an average of 54.74, or the 80 first‐class centuries, how might he have fared had he been able to continue his Test career beyond the mere four Tests he was allowed by circumstances beyond his control? With a Test career over almost before it had started, he had to make do with prolific feats of scoring in domestic cricket around the world. He scored a century before lunch on nine occasions - a modern‐day record, and only bettered by batsmen who plied their trade in the early years of the 20th century.

Pollock's Test career, which was ended at the age of 26 by South Africa's exile from international cricket, was already a great one. In his 23 Tests he had scored 2,256 runs at an average of 60.97. His off-side play was elegant and the fact that he was a stroke-maker always gave the bowler hope that they might end up having the better of him, but few did. In 1974 he scored the first double-hundred in List A cricket, with his unbeaten 222 remaining one of the highest individual scores in that form of the game to this day.

By the time he retired, the man universally known as 'Zed' was renowned as one of the most elegant players of all time and the first - and so far, only - batsman from the subcontinent to score a hundred first‐class centuries. His ODI record was superb, averaging 47.62 at a strike rate of 84.80, and he was the first player to score three successive centuries in that form of the game. To put that into context, the overall strike rate in ODI cricket over the course of his career was just 70.60 - a far cry from the exaggerated scoring rates of modern times - so he was scoring 20 per cent faster than the average batsman over that period.

Compton was possibly the first 'film star' cricketer, with looks to match his talent on the field. As a batsman he had all the strokes, and memorably played his famous sweep shot to regain the Ashes at The Oval in 1953 after they had been in Australian hands for 19 years. The following year, he struck his highest Test score of 278 against Pakistan at Trent Bridge, which included 173 runs between lunch and tea on the second day - still the record for the most runs by an individual in a single session of play in a Test. He could bowl, too, taking 622 first‐class wickets with his left‐arm wrist‐spin.

Miller's cricketing talent was discovered by his high school geometry teacher, Bill Woodfull - himself a former Ashes-winning captain. He was a classical batsman with elegant drives and effortless pulls, while with the ball he possessed a high action and could move the ball both ways at pace. He played a crucial role on the 1948 'Invincibles' tour of England as Bradman's team were unbeaten in all 34 of their matches, and carried on throughout the early 1950s performing great feats with both bat and ball. He ended with a Test batting average of 36.97 and a bowling average of 22.97 and there were even greater tales of his feats off the field!

The youngest of the 'Three Ws', born close to Kensington Oval, grew to be the biggest of the three and his game was characterised by power when most batsmen were characterised by 'touch' play. It wasn't just brute strength, though, for he had the technique to back it up. When Australia toured the Caribbean in early 1955 he started with a century in Jamaica and then struck two centuries at Trinidad, and two more when the action returned to Jamaica, to set a record for a series that has not been equalled since.

Gloucestershire have had many great players - from the Graces to Jessop to Hammond to Graveney and to Zaheer Abbas, but only once was the county identified with just one man. Procter could smash the fastest of centuries before wreaking havoc among opposition batsmen with the ball by bowling pace or sharply turning spin. Two of his four hat‐tricks were entirely claimed lbw and twice for the county he scored a century and took a hat‐trick in the same first‐class match. Had he played more international cricket, his career would have overlapped the start of the careers of the great all-rounders of the 1980s, but while they flourished on the international stage, Procter's feats were kept somewhat in the shade.

Tate started as a slow bowler but in 1922 changed to seam bowling completely by chance after sending down a quicker delivery in the nets on an off day. He possessed a superb command of length and is credited with having been the first bowler to take advantage of the seam, making the ball either break back or go away. To this day, no one has taken more Test wickets and conceded fewer runs per over. With a total of 2,784 first‐class wickets to his name, his batting feats are often overlooked, and on three occasions he performed the 'double' of 1,000 first‐class runs and 200 first‐class wickets in the same season, more times than anyone else.

Richardson was a workhorse, with a willingness to pound away all day, and he didn't just put in a supreme effort on the pitch, but he would walk the seven miles from his home to The Oval every day and back again at the close of play - a total of 14 miles - all while carrying his kit bag! At his peak, he was one of the greatest of all fast bowlers and he took a staggering 809 first‐class wickets in the three seasons of 1895, 1896 and 1897 and he was able to translate his success to Australia, taking 32 wickets in the 1894/95 series and a further 22 when he returned three years later

Born in New Zealand, Grimmett moved to Australia once the First World War broke out and eventually made his Test debut for his adoptive country at the age of 33. He is credited for inventing the 'flipper', which is squeezed out of the front of the hand and has been the staple diet of leg‐break bowlers ever since. He was one of the first slow bowlers to prove that a leg‐spinner was not just a luxury, but such a bowler could be both effective and economical. He conceded runs at just 2.16 per over - remarkable enough for a leg‐spinner - but he had to contend with the likes of Hobbs, Hammond and Sutcliffe in the opposition ranks.