American Football Expert & Columnist Last Updated: 17/11/20 1:24pm Another NFL week is in the books and it was a truly crazy Sunday that had me driving away from the Sky Sports studios, beaming from e 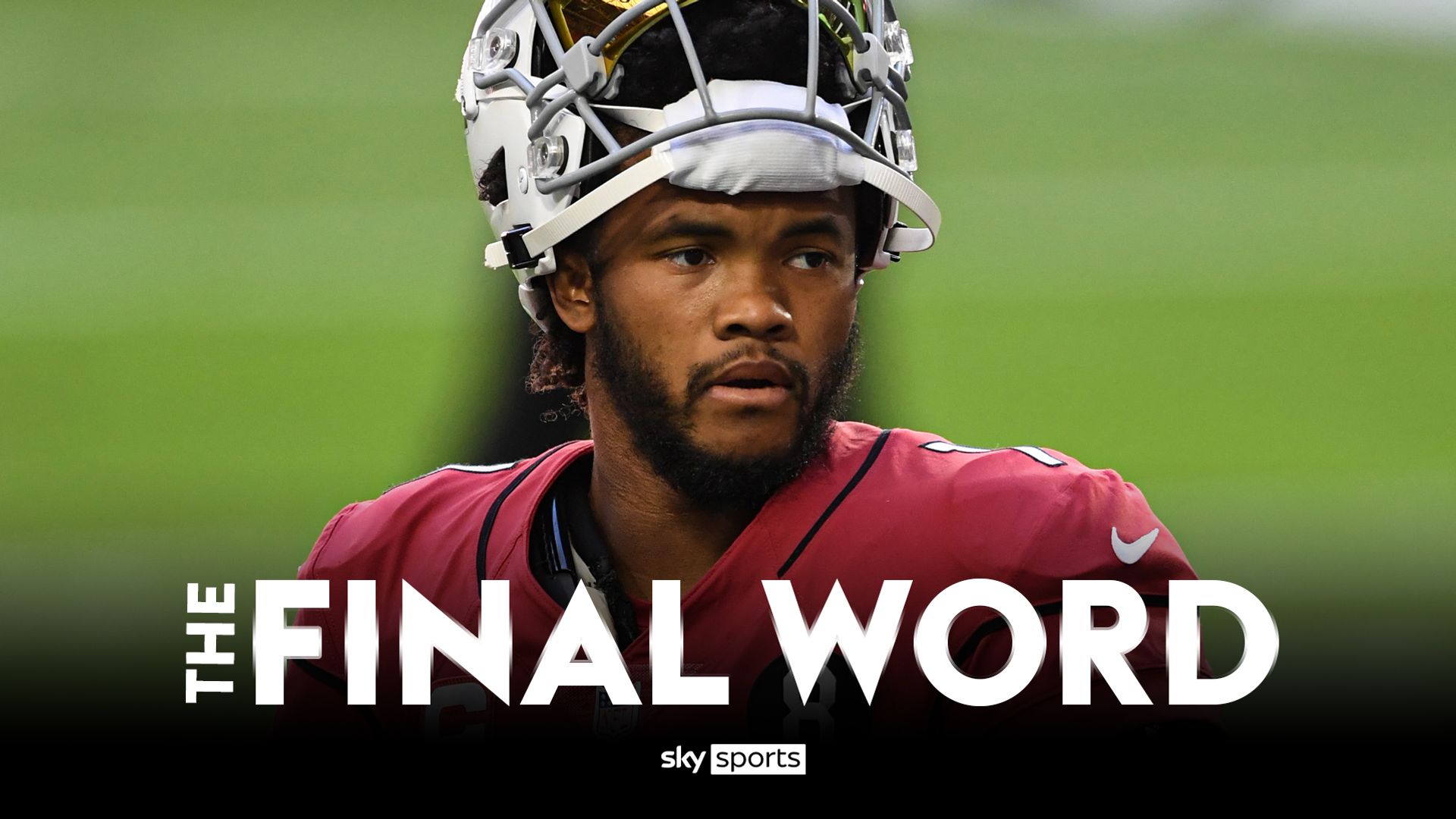 Sky Sports' Neil Reynolds has the final word on another dramatic weekend in the NFL, picking out his five major takeaways, his player of the week, and what is on his radar heading into Week 11, which starts with Arizona Cardinals @ Seattle Seahawks on Thursday night

Another NFL week is in the books and it was a truly crazy Sunday that had me driving away from the Sky Sports studios, beaming from ear to ear and saying to myself, 'that was wild!'

Here are my big talking points and thoughts coming out of Week 10 in the NFL...

This was a play for the ages and one that had me leaping off the sofa in our Sky Sports studio in the first few minutes of Monday morning. Kyler Murray's Hail Mary touchdown pass to DeAndre Hopkins was an absolute thing of beauty and delivered a 32-30 win for the Arizona Cardinals with just two seconds remaining in their thriller against the Buffalo Bills.

I'll come on to the catch later in this column as it will obviously be my play of the week. But let's talk about the throw for a moment. Just getting that ball downfield required a great deal of skill from Murray.

First, he had to evade a sack in the backfield and then he began rolling to his left which, as only quarterbacks can tell us, is extremely challenging for a right-handed passer. I happen to live in a house with a young NFL Academy quarterback who told me the issue with passes when rolling left is they can come out flatter than you would like. So, Murray, with another defender bearing down on him, almost fell away to the sideline - not to avoid being hit, but to get the necessary height to create the jump ball that Hopkins would come down with. And he delivered an inch-perfect pass 50 yards downfield. Genius.

What Murray is delivering week in and week out is not only the kind of box office play we saw from those previous winners, it is historic stuff. On Sunday, he became just the fourth quarterback in NFL history - and the first since the Green Bay Packers' Tobin Rote in 1956 - to rush for a touchdown in five straight games.

In passing for 245 yards and a touchdown and rushing for 61 yards and two scores, Murray stayed on course to become the first player in NFL history to pass for more than 4,000 yards and rush for more than 1,000 yards in the same season. While others such as Russell Wilson, Mahomes and Aaron Rodgers get more MVP chatter, I would put Murray very close to the top of that particular list.

As soon as I saw New Orleans Saints quarterback Drew Brees knocked to the ground by San Francisco's Kentavius Street on Sunday, I knew he might be in trouble. And when Brees left the game and stood on the sidelines, I didn't think he looked injured - I thought he looked very ill.

That was probably how he felt because Monday's medical examinations showed Brees to have five fractured ribs and a collapsed lung. The superstar quarterback posted on social media that he would "be back in no time" but I wouldn't bet on that. This is a nasty and debilitating injury for a quarterback.

So, in steps Jameis Winston and this is a very good backup quarterback situation… at first glance. No other team can call on a reserve who threw for more than 5,000 yards and 30 touchdowns last year. But Winston was also plagued by a league-leading 30 interceptions in Tampa Bay and immature decisions rear their ugly head all too often in his game. This is an old sporting cliché, but Winston needs to keep it simple if the Saints - who take pride in not turning the ball over - are to maintain their lead at the top of the NFC South.

Are the Seattle Seahawks in a dangerous slump, or have they just hit a midseason bump in the road? Pete Carroll's team has gone from 5-0 to 6-3 in the course of a month, losing in worrying fashion to the Buffalo Bills and Los Angeles Rams in their last two games.

Turnovers have started to creep into the game of leading MVP candidate Russell Wilson. He turned the ball over four times in Buffalo and another three times against the Rams, with a mix of interceptions and lost fumbles.

The problem for Wilson is two-fold. One, he is under tremendous physical pressure behind a shaky offensive line and has now been sacked 11 times in his last two outings. Two, Wilson must feel immense mental pressure to put seven points on the board every time he steps on the field. His defense is the worst in the NFL and that, in my opinion, is forcing Wilson to take more risks and make throws he otherwise might not attempt. That has certainly been the case in the last two games.

In a division that no team seems that bothered about winning, why not the New York Giants? They improved to 3-7 and are now just half a game behind the Eagles following their 27-17 win over Philadelphia on Sunday.

I know the Eagles are pretty poor right now - the whole division is a massive disappointment - but the Giants actually looked good in Week 10. It's amazing what a difference it makes when turnover-prone quarterback Daniel Jones plays a clean game.

What has surprised me the most about the Giants in winning their last two games is that the defense - which was a major concern coming into this season - has looked pretty decent. They have played with aggression, swarmed to the ball and forced turnovers. If the offense can stay tidy, this could be the NFC East champion.

Player of the Week: Tom Brady

Kyler Murray would definitely deserve a mention here, but Tom Brady got back on track with a massive performance in Tampa Bay's 46-23 win over the Carolina Panthers. A week after suffering the heaviest defeat of his career, Brady threw for 341 yards and three touchdowns, while rushing for another score. Tampa flexed their offensive muscle with Mike Evans, Chris Godwin, Antonio Brown, Rob Gronkowski and Cameron Brate making big plays in the passing game. Add in a 98-yard touchdown run from Ronald Jones and it was a good day at the office for the Bucs.

Play of the Week

It simply has to be the 43-yard touchdown catch made by DeAndre Hopkins at the end of the Arizona-Buffalo game. Hopkins reached higher than three Bills defenders to make the winning play. It reminded me of a great catch made by Calvin Johnson, of Detroit, in the 2013 season. That was named the NFL Play of the Year but had nowhere near the drama of this one. Meanwhile, in Cleveland, Deshaun Watson was producing just seven points in another loss and wondering why his old boss, Bill O'Brien, decided to trade Hopkins away to the Arizona desert. Houston's loss has definitely been the Cardinals' gain.

Coach of the Week: Jon Gruden

In the wide-open, pass-happy NFL of today, Raiders head coach Jon Gruden has instilled an old-school toughness in his team that is now 6-3 and firmly in the AFC playoff race after Sunday's 37-12 beatdown of the Denver Broncos. Gruden has always been an old school coach and some wondered if he could cope with the modern NFL in his second stint on the sidelines after so long in the television booth. But Sunday showed exactly the kind of team he wants to field. The Raiders harassed Denver's Drew Lock into four interceptions and they forced a total of five turnovers. On offense, it was all about a bullying ground game that saw Raiders running backs carry 41 times for 203 yards and four touchdowns.

Eagles quarterback Carson Wentz struggled once again on Sunday and did not throw a touchdown pass in his team's loss to the Giants. Wentz has now gone 10 straight games dating back to Week 16 of last season without producing a quarterback rating of 100 or above. It is not all his fault, of course. His line is poor and he has been hit more than any other passer in the game. But Eagles fans love themselves a back-up quarterback and Philly spent a second-round draft pick on Jalen Hurts this year. That, coupled with legends such as Brett Favre saying the Eagles should have stuck with Nick Foles over Wentz, is hurting a player who should have become a franchise star by now. Let's see if head coach Doug Pederson allows Wentz to play through his struggles given the problems are not all of his own making.

Sky Sports NFL is your dedicated channel for NFL coverage through the season - featuring a host of NFL Network programming, a new weekly preview show as well as at least five games a week and NFL Redzone, you won't miss a moment. Don't forget to follow us on skysports.com/nfl[2], our Twitter account @SkySportsNFL[3] & Sky Sports - on the go! 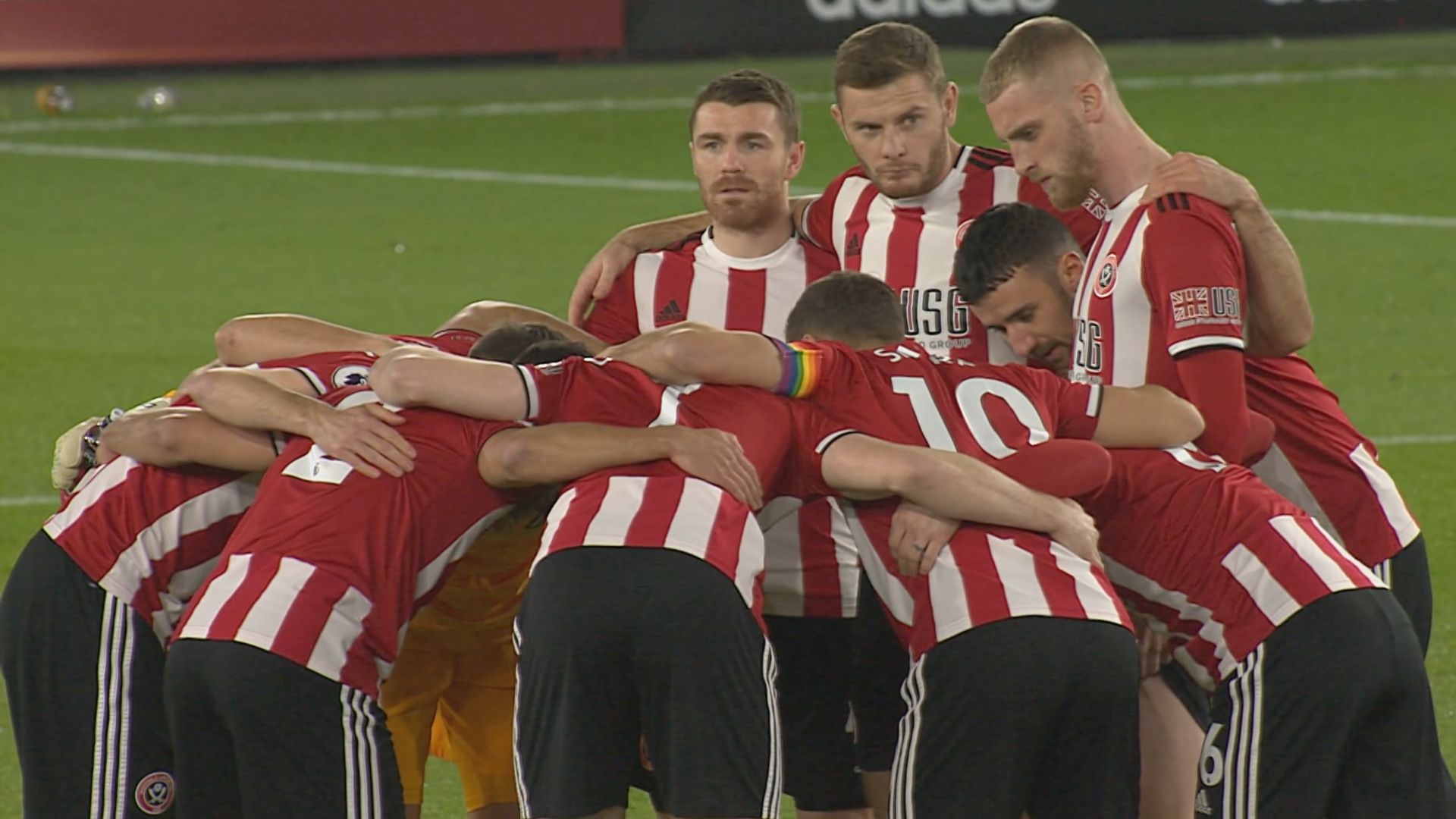