Kim's killing fields: Terrifying map reveals scale of public executions in North Korea – often at river banks, markets or in schools - for offences such as stealing cattle or petty theft

By Corazon Miller For Mailonline

A stark map has revealed the 318 places in North Korea where people have been publicly executed - most commonly for theft or damage to property.

Of the 715 mentions of charges resulting in an execution it was most commonly related to theft or damage to property, including food and livestock (238 times) followed by violent crime (115 times) and political crimes (73 times). 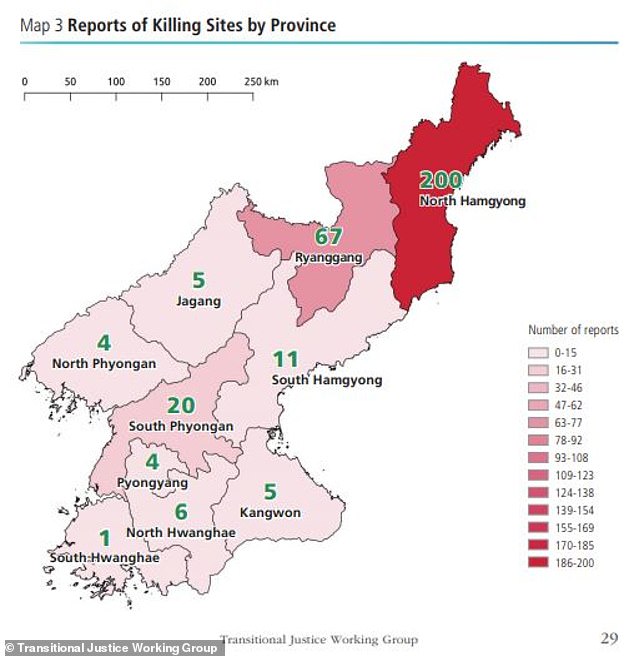 Witnesses also told the Transitional Justice Working Group (TJWG) - the organisation which undertook the research - that they were often forced to watch the executions.

The findings and testimonies come from a report out this month titled; Mapping the Fate of the Dead; Killings and Burials in North Korea.

It analysis four years of research to present a report into what it described as state-sanctioned killings.

It is an update on a similar report first published in 2017 by the TJWG - a Seoul-based NGO of human rights advocates and researchers from five different countries. 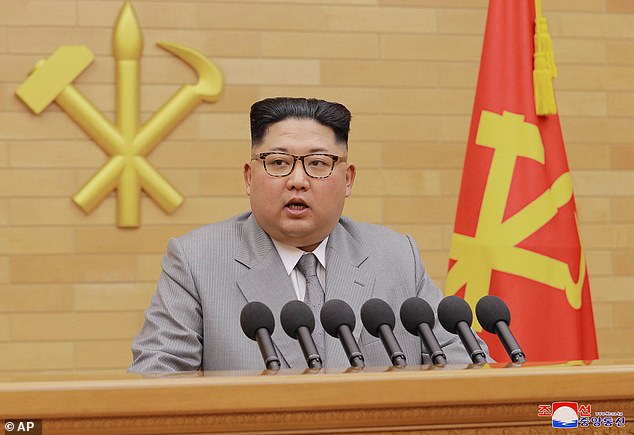 Kim Jong Un deliversa speech at an undisclosed location in 2018 (file photo). The report said there's evidence to show 'extra-judicial killings' have continued during his time in power

In the 2019 report's executive summary, the authors wrote: 'Extra-judicial killings in state custody have continued under the leadership of Kim Jong-un despite international criticism of the DPRK's application of the death penalty without due process.'

It said almost all of the state-sanctioned killings were carried out by firing squad -often after a brief trial undertaken on the spot.

During the trial, which commonly took place without legal council, a charge was laid sentence given and execution carried out moments later.

While witnesses cited the most common reason for execution was related to property theft or damage, the authors said the lack of due process in North Korea meant it was difficult to know whether the charges laid at trial 'actually match the act committed by the accused'.

Following the executions, the report said, the bodies of those killed were often not returned to family members, nor were their burial sites revealed to the families.

'The inability to access information on the whereabouts of a family member killed by the state, and the impossibility of giving them a proper burial, violates both cultural norms and the 'right to know'. 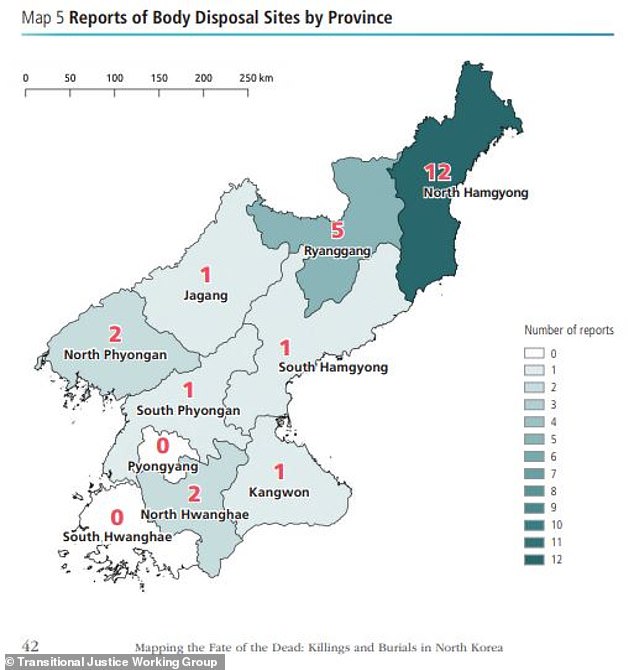 The bodies of those killed were often not returned to family members, nor were their burial sites revealed to the families. This map shows just 25 places believed to be burial sites

'The North Korean government's routine killing of its citizens and the denial of the right of family members to give the dead a proper burial has profound effects that last long after the event,' it said.

'For many, grieving for the lost involves remembering scenes of a public execution, or wondering about the fate of a relative or friend sent to a political prison camp.'

From its research the group found twenty-five reports of sites, most often in remote locations such as mountainsides and ravines, where dead bodies were said to have been disposed of by the state.

Seven of these sites are reported to contain more than two bodies together.

The researchers hoped the data gathered may one day help 'discover the truth of the injustices committed and to provide families and communities with knowledge about those who have been killed or disappeared by the state'.

It said the data could also be used in the event of an investigation into serious violations of international criminal, human rights and humanitarian law in North Korea.

Mastermind of regional coup attempt in Ethiopia captured and killed

'Back Remain or Labour is history': Watson in new attack...