Last Updated: 15/01/22 1:58pm Going into the AFC Wild Card showdown between the Pittsburgh Steelers and Kansas City Chiefs, much of the focus will inevitably be on the battle between quarterbacks Ben 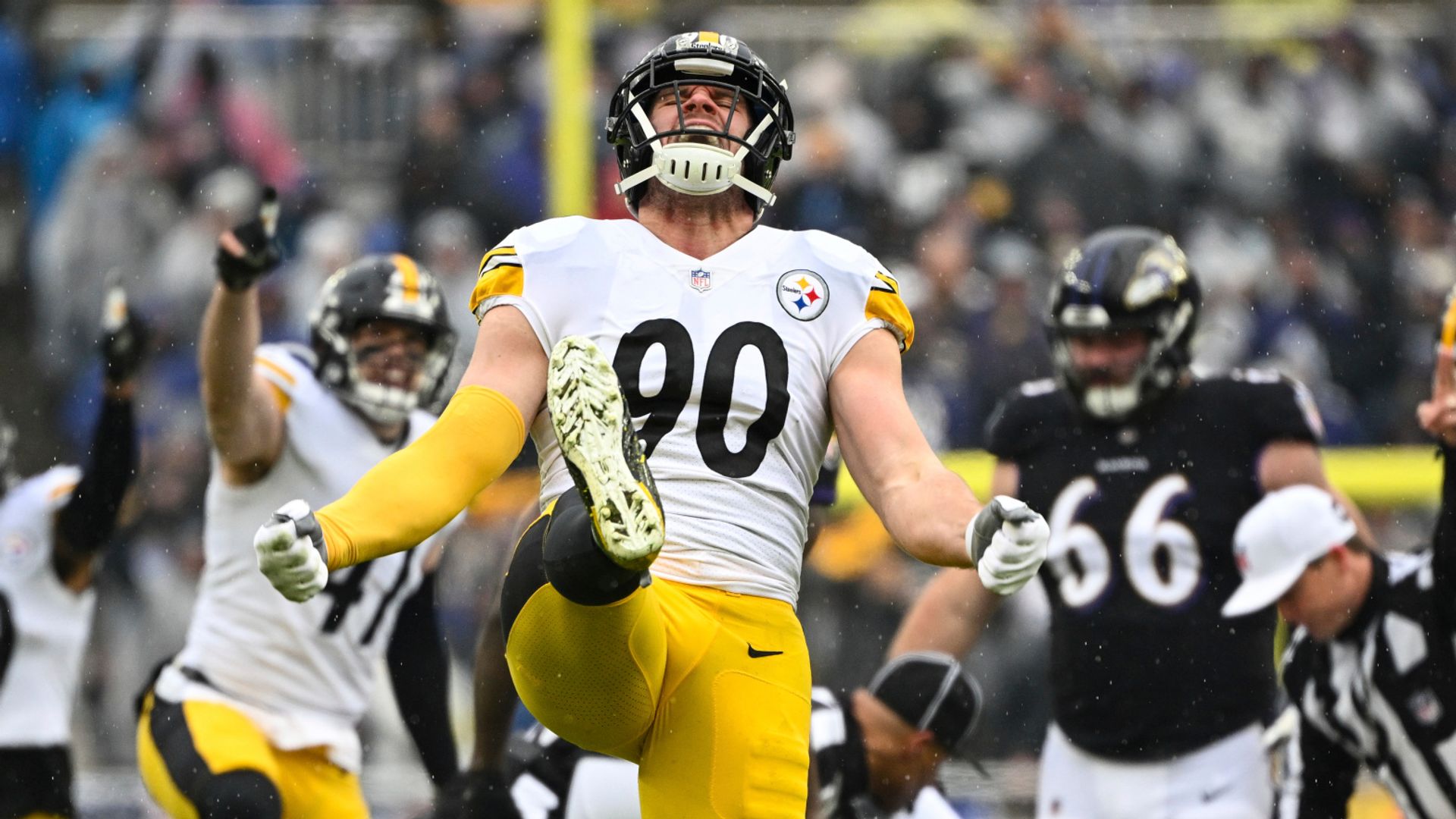 Can record-equalling linebacker T.J. Watt help propel the Steelers to victory over the star quarterback Mahomes and the Chiefs in their AFC Wild Card clash at Arrowhead Stadium? Find out live on Sky Sports NFL from 1am on Monday

Going into the AFC Wild Card showdown between the Pittsburgh Steelers and Kansas City Chiefs, much of the focus will inevitably be on the battle between quarterbacks Ben Roethlisberger and Patrick Mahomes.

It is your classic contest of experience versus youth: the grizzled, gunslinging, two-time Super Bowl winner seeking one last hurrah versus one of the present-day faces of the NFL and Madden cover star aiming to add to his already sizeable reputation by lifting a second Vince Lombardi Trophy.

If, however, the Steelers are to send Roethlisberger out on a high at SoFi Stadium on February 13 in what is expected by many to be the 39-year-old's final season then many of those hopes may rest on the sizeable shoulders of the man voted by his team-mates as the franchise's Most Valuable Player for the third year running.

Trent Jordan Watt - better known as 'T.J.' - is not only the heart of Pittsburgh's defensive unit, but has also emerged as one of the most dominant defensive players in the NFL. This was underlined by him equalling the single-season sack record in last Sunday's 16-13 overtime win over the Baltimore Ravens which helped clinch an improbable play-off berth going into the final day of the regular season.

"Succinctly it just speaks to his level of dominance, and where he is in his career in terms of talent and experience, and in finding that mesh point between experience and youth," Steelers head coach Mike Tomlin said last week, reflecting on Watt once again being honoured by his team-mates.

"He's young enough where he's got the gas to do the things that he needs to do. He's in the prime of his career. He has gained enough experience so that he can play the above-the-neck game and make the critical decisions in situations that allow him to make those splash plays that we think of when we think of him.

"And his teammates just simply recognise that we're talking about a guy who a few years ago was third in the [NFL] Defensive Player of the Year voting; last year he was second in the voting, and this year he's the favourite.

"And so, from a team perspective, that obviously puts him in position to potentially be the MVP, and his team-mates are stating the obvious."

Watt's accomplishment in reaching 22.5 sacks when he ran down Ravens quarterback Tyler Huntley in the second quarter last Sunday matched the record set by former New York Giants defensive end Michael Strahan way back in 2001 - and he could well have broken it had a first-quarter hit on Huntley not been ruled a forced fumble.

To put that in some sort of context, even the great Lawrence Taylor, the only linebacker to be named NFL MVP, never managed more than 20.5 sacks in a season and that came in 1986, when the game-changing Giants icon was the league's best player.

It is no surprise that along with his elder brother J.J, the Arizona Cardinals defensive end and two-time NFL single-season sacks leader who is fighting to be fit for their NFC Wild Card showdown with the Los Angeles Rams, Pittsburgh's Watt is an opponent quarterbacks across the league are always wary of. T.J. is not only special, but as far as the way he can bend to get to the quarterback, but the effort he plays with.

Patrick Mahomes on the danger posed by T.J. Watt

Indeed, even though he - along with Minnesota Vikings signal-caller Kirk Cousins - has been sacked the fewest times (28) of any other regular starting quarterback this season, Chiefs star Mahomes is well aware the 27-year-old will be gunning for him at Arrowhead Stadium in the early hours of Monday morning UK time.

"He's a special player," Mahomes said. "I mean, I don't know what runs in that family, but they have great football players over there and you said it; T.J. is not only special, but as far as the way he can bend to get to the quarterback, but the effort he plays with.

"Those guys will kind of be around me the whole time following the play so when I scramble and step up in the pocket when the stuffs not there, I have to make sure I account for them because they're not going to give up on the play." Mahomes and the Chiefs will head into the showdown buoyed by the fact they have already got one over on the Steelers back on December 26, with a 36-10 win which kept Andy Reid's side on course for a sixth-straight AFC West title.

Nevertheless, Watt's influence extends beyond just what he does on the gridiron and Tomlin will be hoping the work his defensive leader does in training helping and driving his team-mates to better themselves comes to the fore as well.

"I'm not going to pretend that he's warm and fuzzy," Tomlin said. "I'm talking about in a very technical way - 'Hey, read the stance; Hey, when this guy's feet are parallel, this is what you're getting; Hey, you got to recognize that formation.

"I mean, it's strictly football, it's very clinical, but that's just his approach. It is no-nonsense. That's the way he mentors."

A no-nonsense approach, it is therefore fair to say, off the field as well as on it. Time will tell if that can help Pittsburgh dash Kansas City's dreams of making the Super Bowl for the third year running.

Sky Sports NFL is your dedicated channel for NFL coverage through the season - featuring a host of NFL Network programming. Don't forget to follow us on skysports.com/nfl, our Twitter account @SkySportsNFL & Sky Sports - on the go![1][2]

Andy Murray misses out on title after straight-set loss

Nev: Where Cavani is still the best Bradford earned their third win in five games with a 2-1 victory against Walsall... 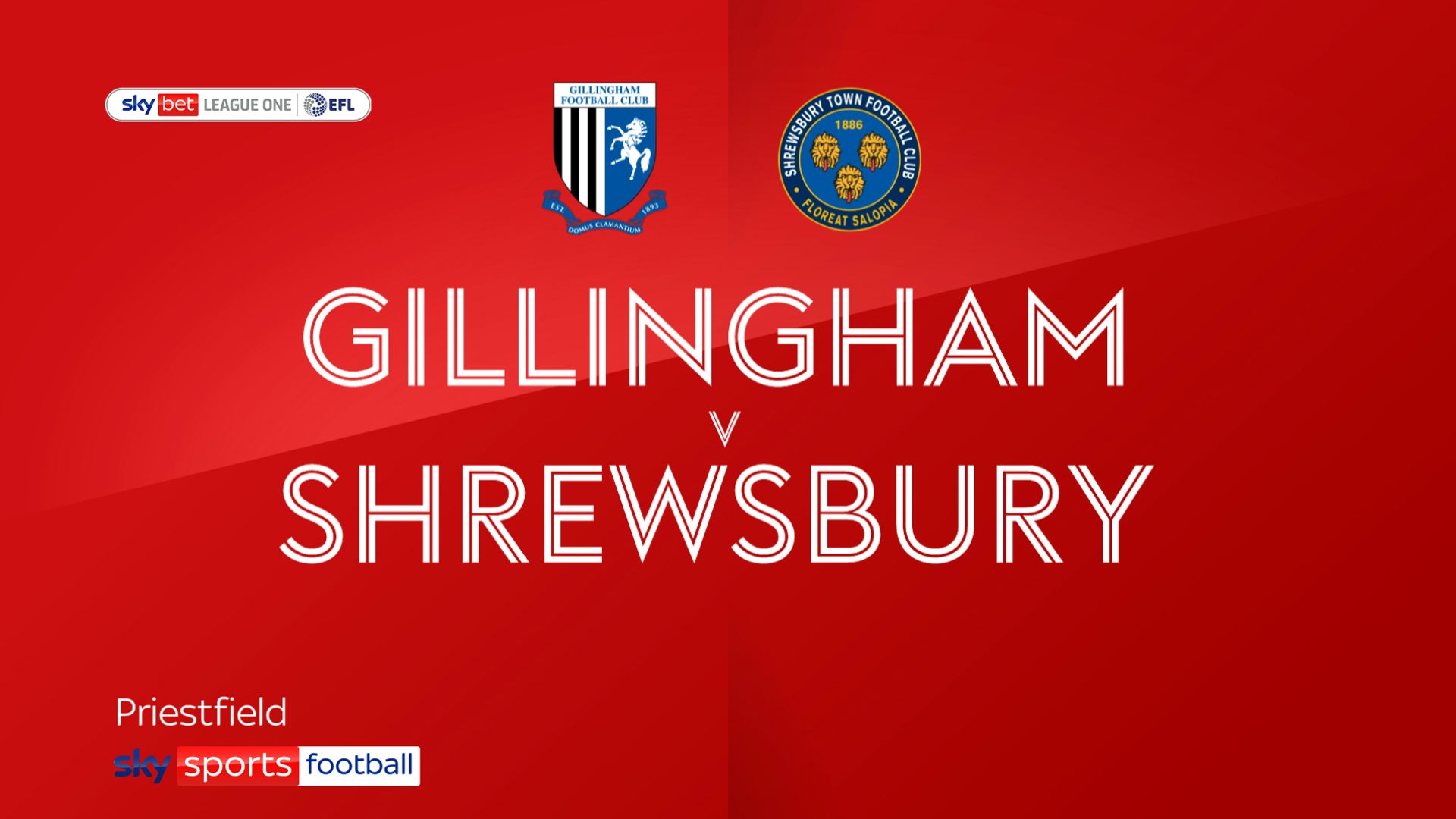