South Africa board tells players to take a knee before matches

Last Updated: 26/10/21 11:45am South Africa's players have been told to take a knee before the start of their remaining T20 World Cup matches. The Proteas, who play West Indies in their Group 1 match 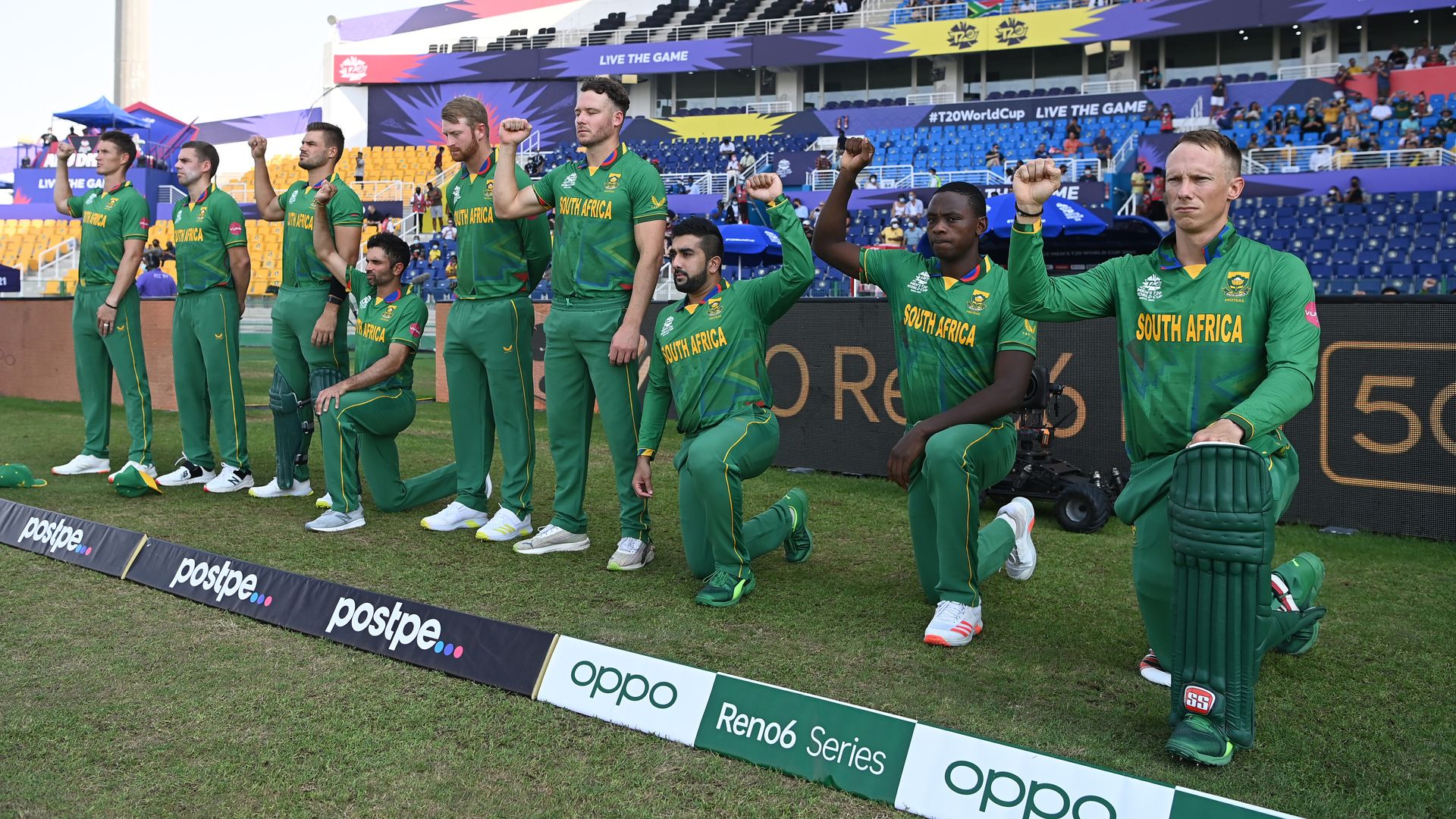 Cricket South Africa have agreed to "adopt a united stance against racism"; a statement added: "Concerns were raised that the different postures taken by team members in support of the BLM initiative created an unintended perception of disparity or lack of support for the initiative"

South Africa's players have been told to take a knee before the start of their remaining T20 World Cup matches.

The Proteas, who play West Indies in their Group 1 match on Tuesday, were pictured taking varying stances before their defeat to Australia[1] on Saturday.

The Cricket South Africa (CSA) Board unanimously agreed on Monday to "adopt a consistent and united stance against racism".

CSA said in a statement: "Concerns were raised that the different postures taken by team members in support of the BLM initiative created an unintended perception of disparity or lack of support for the initiative.

"After considering all relevant issues, including the position of the players, the Board felt that it was imperative for the team to be seen taking a united and consistent stand against racism, especially given SA's history."

???????? Cricket South Africa believes success both on the field and beyond the boundary will be guaranteed if all South Africans stand united to build a new innings based on the pillars of inclusivity, access and excellence.

CSA board chairperson Lawson Naidoo added: "A commitment to overcoming racism is the glue that should unite, bind and strengthen us.

"Race should not be manipulated to amplify our weaknesses. Diversity can and should find expression in many facets of our daily lives, but not when it comes to taking a stand against racism.

"South Africans were recently joined by people across the world in celebrating the 90th birthday of our revered Archbishop Desmond Tutu.

"What better tribute from the Proteas to an icon of the struggle for freedom in South Africa than to demonstrate we are working to fulfil his vision of a united South Africa."

South Africa made one change for the West Indies meeting from the Australia defeat, with Reeza Hendricks replacing Quinton de Kock, who according to CSA "made himself unavailable due to personal reasons".