&#039;Significant increase&#039; in opioid use for pain relief during pandemic - study

The number of patients using opioids for pain relief while waiting for hip and knee replacements has increased by 40% during the pandemic, a study has found. The impact of the virus on the NHS was bla

The number of patients using opioids for pain relief while waiting for hip and knee replacements has increased by 40% during the pandemic, a study has found.

The impact of the virus on the NHS was blamed for an increase in waiting times for surgeries that forced patients to wait an average of 90 extra days for procedures, according to the University of Aberdeen. 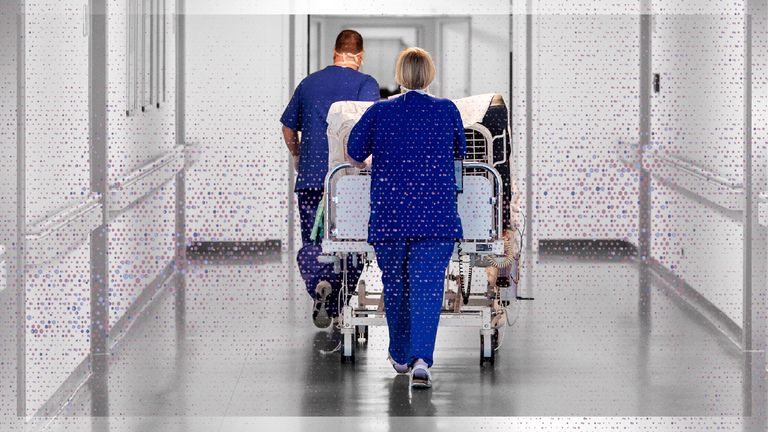 Opioids such as morphine and tramadol are frequently used as a last resort to manage pain caused by osteoarthritis - but researchers said evidence increasingly shows they have limited benefits and can even be detrimental in the long term, especially for older adults.

When used before surgery for a long time, the study's authors said patients are more at risk of complications related to the operation, poorer outcomes and ongoing opioid dependence.

The research examined data from 452 NHS patients from the northeast of Scotland who were on the waiting list for hip and knee replacement surgery, comparing the number who had been prescribed opioids with those who had surgery before the pandemic.

Luke Farrow, clinical research fellow at the University of Aberdeen's Institute of Applied Health Sciences, said other ways of managing severe arthritis pain need to be found "urgently" for those affected by the NHS backlog.

He called on healthcare providers to "avoid the use of opioid medication if at all possible due to the known lack of effect in this setting and potential for harm".

"Our work provides evidence of potential for an emerging opioid problem associated with the influence of COVID-19 on elective orthopaedic services," he said.

Researchers said patients who need hip and knee replacements, one of the most common elective procedures, have been disproportionally affected by the long waiting lists.

"COVID-19 has had a significant detrimental effect on access to hip and knee surgery, and work by others has suggested this has been associated with worsening pain and quality of life for patients," Mr Farrow said.

Mike Trace, chief executive of the Forward Trust, a charity that supports people with addiction, said it is "well-known that prescription painkillers, particularly opiates, can be a route to addiction", adding: "We support calls for viable alternative pain management."

"The US has seen a horrific opiate addiction epidemic and we should collectively do all we can to avoid the same thing happening here," he told Sky News.

The number of prescriptions for opioids has increased by about 60% in the last decade, according to the Department of Health, and coincides with a growing number of people becoming dependent on the drugs.

About half of drug-related deaths in England and Wales in 2020 involved the use of an opiate.

Privatisation of Channel 4 &#039;needed&#039; to compete with streaming services

Britain emperatures set to hit 82F and even Cornish fish...

Burglar admits killing an 84-year-old after attacking her...