The amount of money which people will have to earn in order to come and work in Britain after Brexit is to be reviewed as Sajid Javid paved the way for the next government to tear up a flagship policy of Theresa May.

The Home Secretary announced today that salary thresholds for migrant workers will be looked at before changes are made in a move which is likely to lead to a softening of the rules.

Mr Javid has asked the Migration Advisory Committee - the independent body which advises the Government on immigration matters - to consider whether an existing threshold of £30,000 for experienced workers is still appropriate.

It is the latest action taken by the Home Secretary which will be seen as a direct challenge to Mrs May over her approach to immigration.

Mr Javid has previously signalled he wants to drop Mrs May's commitment to reduce net migration to the 'tens of thousands'.

Concerns have been expressed in the past that the £30,000 figure would mean workers in important and skilled, but not particularly well-paid professions, being unable to come to the UK.

Mr Javid has asked the MAC to examine the salary thresholds issue and then report with fresh advice before the changes come into effect from 2021. 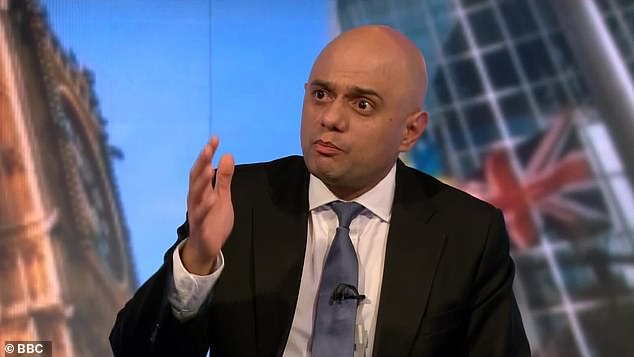 Sajid Javid has asked the Migration Advisory Committee to review the £30,000 salary threshold, opening the door to the figure being set much lower to attract more workers from outside the UK

Immigration was arguably the main issue of the EU referendum in 2016 and Mrs May has made regaining control of Britain's borders one of her main negotiating red lines with Brussels.

But the salary thresholds issue has been divisive within the Cabinet with Mrs May in favour of the £30,000 figure while many others believe it is unfair.

Mr Gove criticised the £30,000 salary threshold and said measuring whether someone qualified as skilled by their salary was not appropriate for all industries when he gave evidence at Holyrood's Rural Economy Committee last month.

Mr Javid has also asked the MAC to consider whether there should be exceptions to the threshold rule and if there is a case for regional salary thresholds for different parts of the UK.

Advocates of such a way forward argue it would help parts of the UK which currently struggle to attract skilled workers.

Mr Javid said: 'It's vital the new immigration system continues to attract talented people to grow our economy and support business while controlling our borders.

'These proposals are the biggest change to our immigration system in a generation, so it's right that we consider all of the evidence before finalising them.

'That's why I've asked independent experts to review the evidence on salary thresholds. It's crucial the new immigration system works in the best interests of the whole of the UK.' 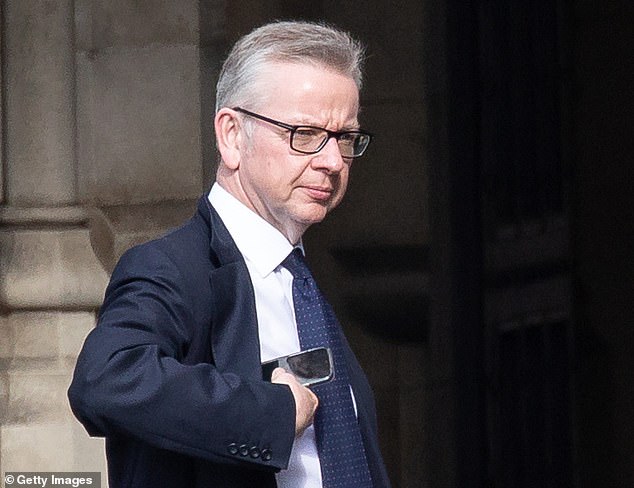 Michael Gove has previously criticised the £30,000 salary threshold amid fears it could result in some industries struggling with job vacancies post-Brexit

The MAC previously recommended existing minimum salary thresholds should be kept in the next immigration system.

The committee is expected to present its findings in January 2020.

The new immigration system will remove the cap on the number of skilled workers and speed up work visa processing times as well as allowing anyone with the equivalent of A-levels to apply, the Home Office said.

Man, 46, is charged with attempted theft over Salisbury Magna Carta

Viewers praise Christopher Abbott as he strips naked in...