Ryanair passenger says she was b

Ryanair passenger says she was branded a 'lesbo', 'd**e' and b***h' by rowdy men on her flight to Spain but flight crew did nothing

A holidaymaker has slammed Ryanair after she claims she was branded a 'lesbo', a 'd**e' and 'b***h' by rowdy men on her flight and says the airline did nothing.

Laura Muldoon took to Twitter to post a photograph of the group she alleges made the remarks.

She was flying from Stansted to Seville, Spain at 12.27pm yesterday.

Ms Muldoon - who works as the social media manager at the Museum of London - sarcastically tweeted: 'First holiday snap! 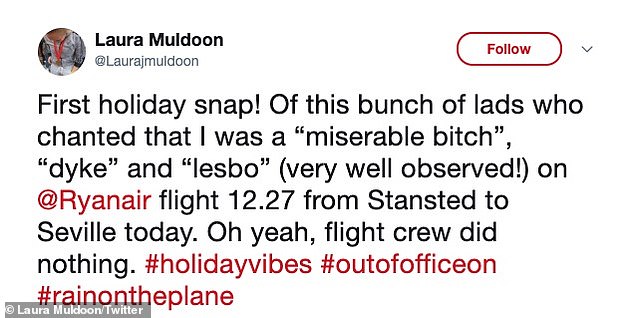 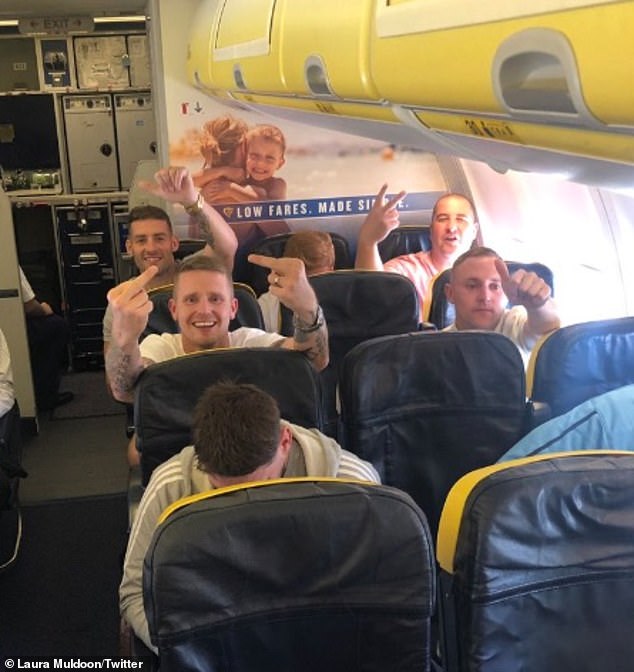 Following her complaint, Ryanair contacted her publicly on Twitter to ask if she could send more information via a form.

She was flooded with messages of support following the alleged incident.

Rev Raymond Baudon said: 'I'm so sorry this has happened to you.

'If you feel able to please consider reporting them to the police.

'With the passenger list and that photo there's a good chance the police will be able to ID them.

'I reported a homophobic threat recently and they took it v seriously.'

Lucy added: 'I'm so sorry this happened to you, you shouldn't have to spend the whole flight being abused by a bunch of lowlives.

'Shame on you Ryanair for putting up with blatant hate speech and rowdiness on your plane. Staff should have a zero tolerance policy for this.' 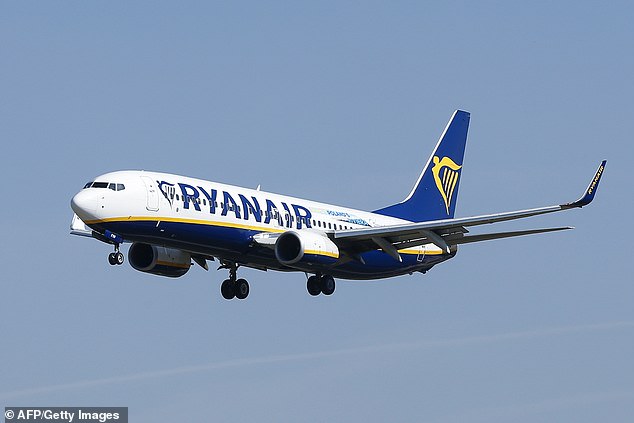 Ms Muldoon was flying from Stansted to Seville, Spain at 12.27pm yesterday when the alleged incident took place

Alex Valk added: 'Well done for calling this out Laura. How absolutely disgusting. Hope you have a brilliant rest of your holiday and get a LOT of compensation.'

And another tweeter - calling themselves Christ - blasted: 'This should be a simple procedure for Ryanair to identify these pond life.

'Name and shame them, there are too many of these creatures spoiling other people's enjoyment.'

It comes as a Ryanair stewardess & her girlfriend were allegedly battered on a London bus after they refused to kiss for a gang of teens.

Melania Geymonat, 28, from Uruguay, said she was attacked alongside her partner Chris as the couple travelled home from an evening out on May 30.

She wrote on Facebook that the group began harassing the pair before demanding they kiss.

Melania, from Uruguay, said: 'These guys came after us. They started behaving like hooligans.'

Five teenagers have been arrested in connection with the incident.

Plane on skydiving trip crashes killing all nine on board...

Solicitor stole £2m from clients after falling for lottery...