An airplane with the Russian fla 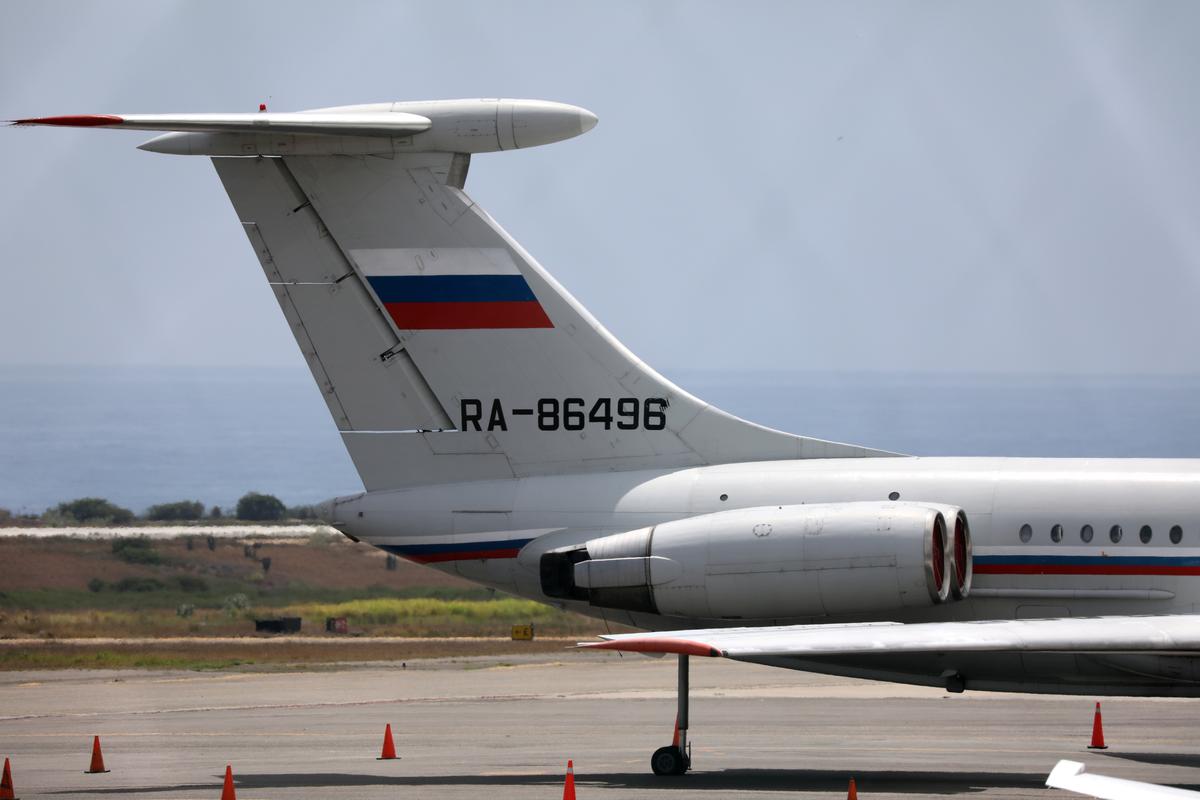 An airplane with the Russian flag is seen at Simon Bolivar International Airport in Caracas, Venezuela June 24, 2019. REUTERS/Manaure Quintero

MAIQUETIA, Venezuela (Reuters) - A Russian air force plane landed on Monday in Venezuela’s main airport, according to a Reuters witness and a website that tracks plane movements, three months after a similar arrival spurred a war of words between Washington and Moscow.

An Ilyushin 62 jet with tail number RA-86496 on Monday was parked at Maiquetia International Airport, according to a Reuters witness.

That tail number is registered to a Russian Air Force jet, according to website Flightradar24, and matches the tail number of the plane that arrived in March.

U.S. President Donald Trump in March ordered Russia to remove all troops from Venezuela, while Russia’s foreign ministry said the planes were only carrying specialists who were servicing arms sales contracts.

Venezuela’s information ministry and Russia’s defense ministry did not immediately reply to requests for comment.

Reporting by Manaure Quintero in Maiquetia, Brian Ellsworth in Caracas and Gabrielle Tetrault-Farber in Moscow, Editing by Chizu Nomiyama and Tom Brown

Four jailed for life over death of 71 migrants in Hungarian...

Iran to meet Europe, China, Russia in Vienna on June 28