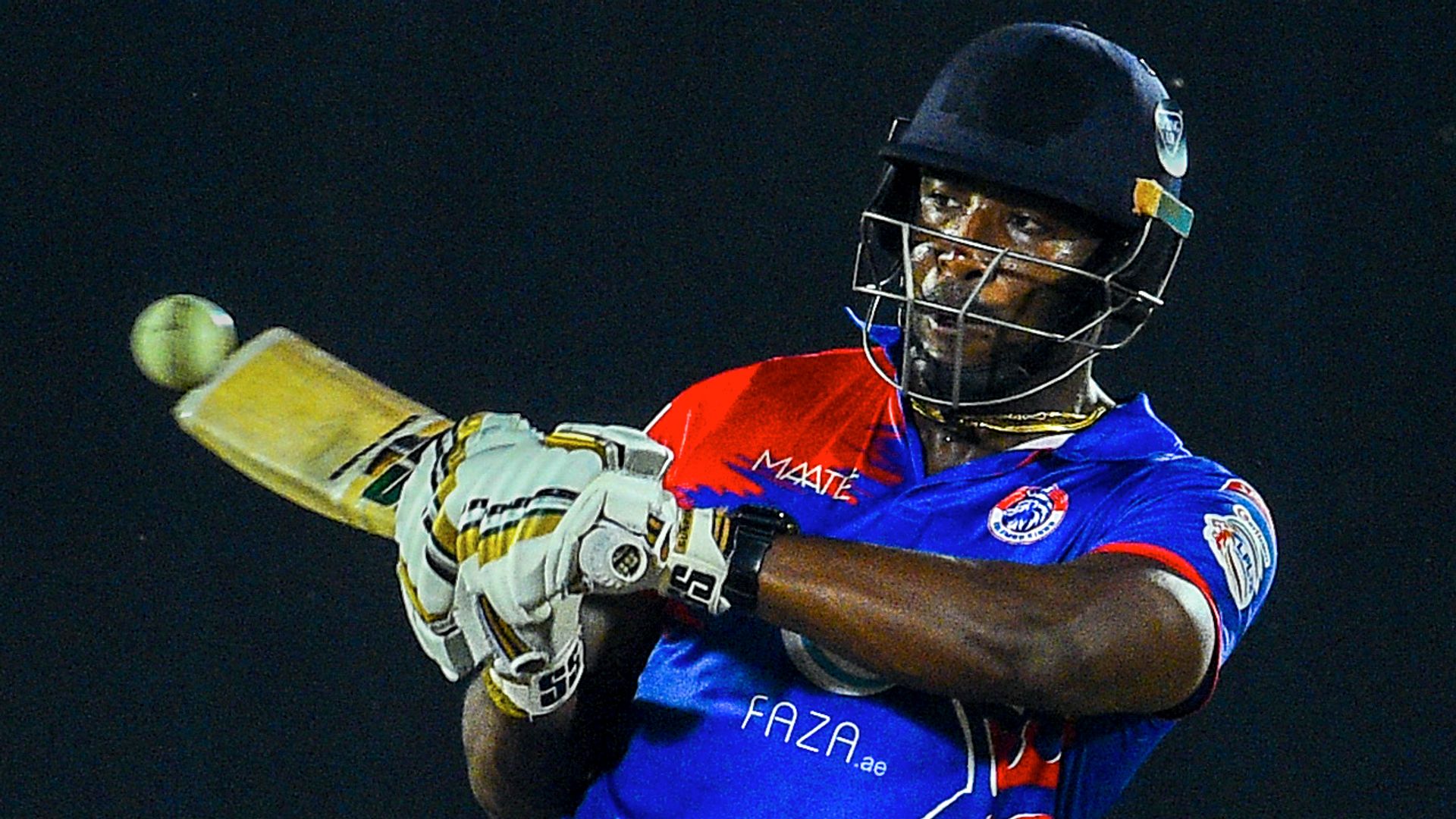 The Jamaican hit 13 of the 19 balls he faced to the boundary - nine fours and four sixes - en route to an unbeaten 65 in a Colombo innings in which Surrey's Laurie Evans contributed 21 not out from 10 balls after Russell's fellow opener Thikshila de Silva had been removed for a golden duck.

Kings, who had been put into bat by Galle captain Shahid Afridi, powered the highest score in any reduced five-over-a-side match, with Russell taking the Gladiators' attack apart.

The 32-year-old nailed three fours and two sixes in Mohammad Amir's first over and followed that with a six and three fours off Asitha Fernando in the second.

Russell was on 44 from 11 balls and a six away from matching the fastest T20 half-century in history but could only take one from the 12th delivery he faced and had to wait two more balls to hit the milestone.

He reached it with a four behind point off Amir, whose two overs went for a combined 46 runs with Evans also smashing the Pakistan quick for consecutive sixes.

Russell then struck a four and a six in Shahid Afridi's 13-run final over as Kings fell just four runs short of three figures in a quite startling innings.

The shell-shocked Gladiators could only reply with 62-2 - they had a sniff at 35-0 after two overs, only for Ashan Priyanjan to quash that in the third over as he conceded only one run and picked up the wicket of Zazai.

Galle - for whom Danushka Gunathilaka scored 30 not out from 15 balls and Shahid Afridi smote 12 from six balls - suffered a second straight defeat in the competition, having gone down to Jaffna Stallions by eight wickets in their opening game on Friday.

Kings, though, now have two wins from two having seen off Kandy Tuskers following a Super Over in their first match of the campaign on Thursday.