Last Updated: 30/11/20 6:19am ​​​​​​​Aaron Rodgers carved up the Chicago Bears defence for four touchdowns as the Green Bay Packers secured a 41-25 blowout win over their NFC North rivals on Sunday ni 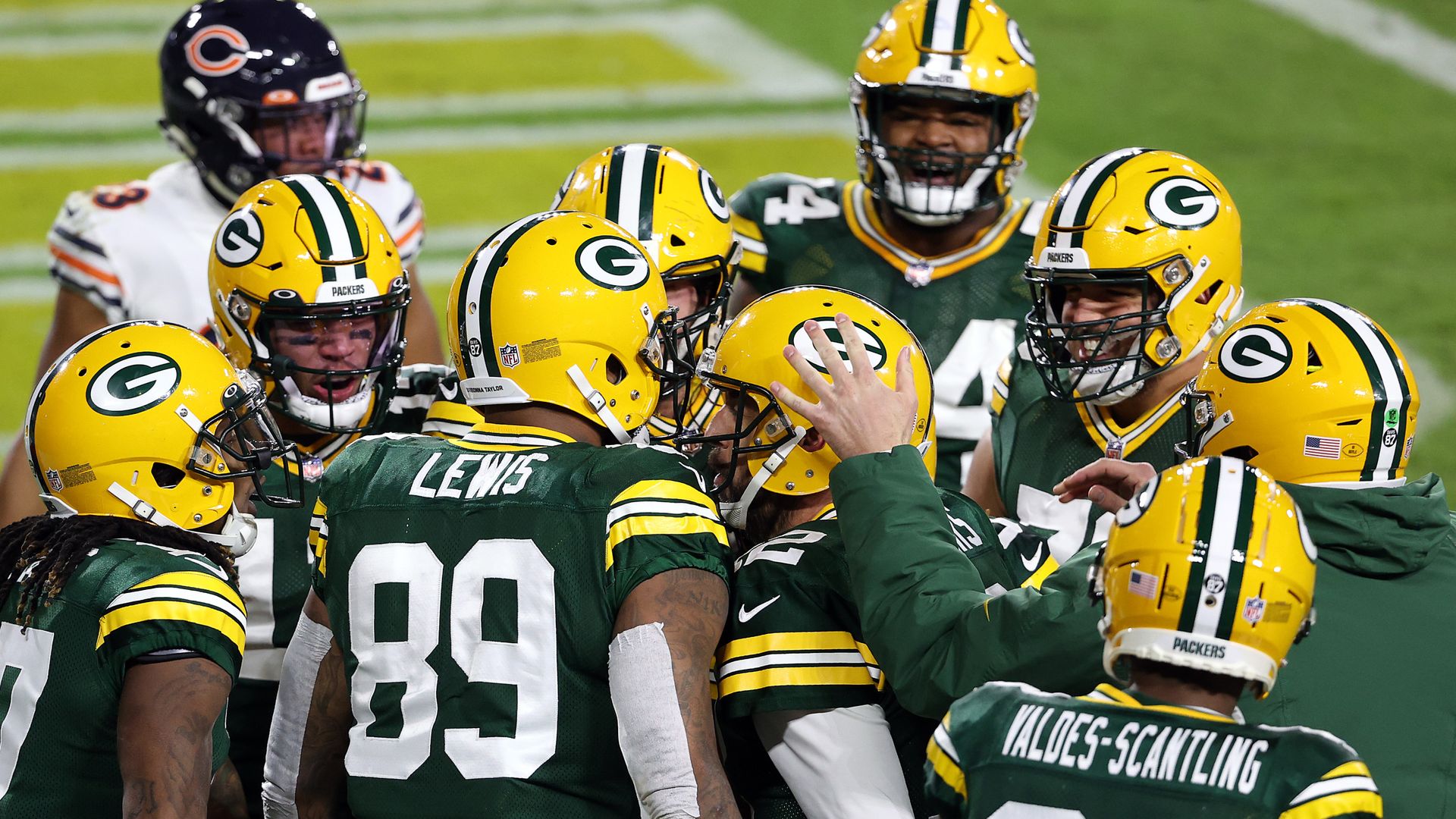 Chicago Bears quarterback Mitchell Trubisky, starting his first game since September 27, completed only 26 of his 46 pass attempts for 242 yards, with three touchdowns but also two interceptions and a lost fumble

​​​​​​​Aaron Rodgers carved up the Chicago Bears defence for four touchdowns as the Green Bay Packers secured a 41-25 blowout win over their NFC North rivals on Sunday night at Lambeau Field.

Rodgers completed 21 of 29 passes for 211 yards and his four scores in an utterly clinical display of quarterbacking. Contrastingly, Bears quarterback Mitchell Trubisky, starting his first game since September 27, completed only 26 of his 46 pass attempts for 242 yards, with three touchdowns but also two interceptions and a lost fumble.

It is now five-straight losses on the season for Chicago (5-6), and this game wasn't even close. Green Bay's offence started the game with three long touchdown drives, while Preston Smith's fumble return for a TD saw them establish a 27-3 advantage from which the Bears would never recover.

Rodgers first hit Davante Adams for a 12-yard scoring strike in the first quarter - the sixth game in a row Adams has caught a touchdown - and, after Cairo Santos got Chicago on the board with a 27-yard field goal, Green Bay made it 14-3 when Rodgers found veteran tight end Marcedes Lewis for a five-yard TD.

Rodgers next found Allen Lazard in the endzone from two yards out, before Za'Darius Smith then strip-sacked Trubisky, leading to Smith's 14-yard score.

Trubisky did connect with Allen Robinson for a touchdown 19 seconds before half-time to make it 27-10 at the break, but any hopes of the visitors mounting a second-half comeback were ended when Rodgers tossed a 39-yard touchdown to Robert Tonyan and Jamaal Williams ran in for a 13-yard score in the third quarter.

Trubisky racked up some fourth-quarter, garbage-time yardage and two further touchdowns to Robinson and running back David Montgomery - who impressed with 103 yards on 11 carries - but it couldn't any gloss on to another dismal defeat.

Green Bay (8-3) now have a three-game lead over Chicago and the Minnesota Vikings (5-6) at the top of the NFC North with five games left. The Packers could clinch the division title as soon as next week if they win and both teams chasing them lose.