Giovanni van Bronckhorst has no concerns about the possibility of his Rangers players wilting in a Belgrade cauldron as they bid to seal their place in the Europa League quarter-finals on Thursday. Th 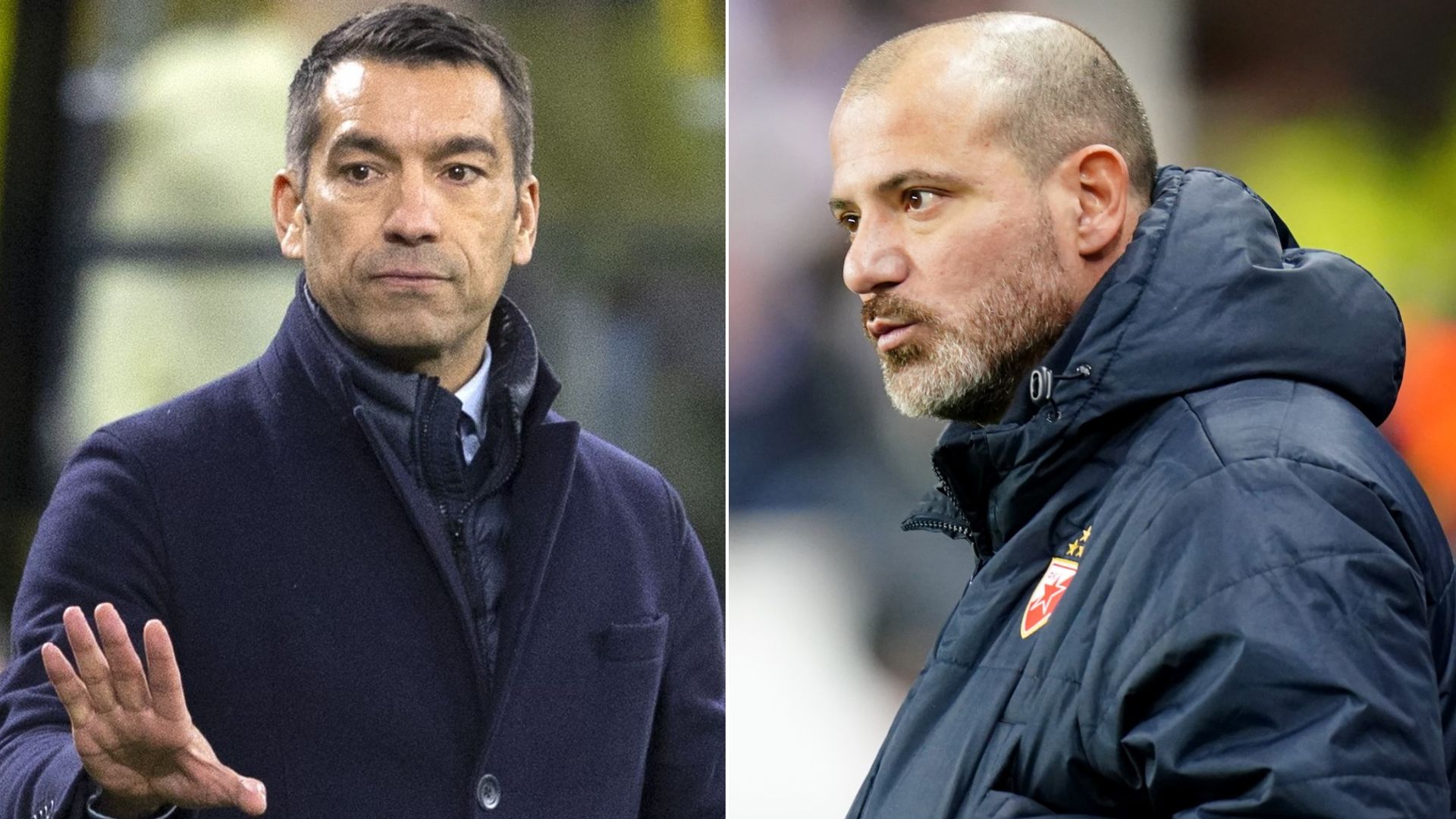 Giovanni van Bronckhorst has no concerns about the possibility of his Rangers players wilting in a Belgrade cauldron as they bid to seal their place in the Europa League quarter-finals on Thursday.

The Scottish champions have a 3-0 advantage over Red Star[1] to take to the Serbian capital following last week's first leg at Ibrox.

A red-hot atmosphere is expected at the Rajko Mitic Stadium - one of Europe's most hostile venues - but Van Bronckhorst believes his team, who have been regulars in continental competition in recent seasons, have enough experience to deal with the demands of the situation.

"It's a challenge to us to face a strong opponent in the atmosphere we are going to face," said the Rangers manager.

"We know we are going to a place where the atmosphere can be very hostile, but that's a thing we have to cope with.

"We have quite an experienced team and have been in places before where it's hostile, but you have to deal with it, make sure you are prepared mentally and tactically and make sure you just concentrate on the game and playing against the 11 other players.

"It will be a great atmosphere to play in - we have to enjoy that as well. We have to be mentally prepared for this challenge, but we have a team who have played many games in Europe in the last couple of years so in that way we are well prepared." Van Bronckhorst is refusing to entertain any notion that Thursday's return leg will be a formality as he believes the first-leg scoreline was not an accurate reflection of the game.

"We saw last week that it was quite an even game," he said. "We won with a three-goal margin, but we can expect an opponent who will do everything to overturn this deficit. For us it starts all over again.

"We are preparing the team to get a good result and we will work hard to be in the next round after the game. We can't go into the game thinking about having a three-goal lead - we have to be there from the first minute, try to be solid and try to be dangerous at the right moments in the game."

Progressing to the last eight will ensure Rangers, who are in the thick of the title race and have a Scottish Cup semi-final against Celtic to look forward to, will have an extremely busy and high-stakes April schedule.

"If we get through, we will add two more games in April, but that's what you want," Van Bronckhorst said.

"You want to be involved in all competitions at the end of the season when you are playing or as a coach. You want to play many games at the top level."

Van Bronckhorst, who is missing only Ianis Hagi and Steven Davis through injury for Thursday's match, will not allow his team selection to be influenced by the fact Alfredo Morelos, Joe Aribo, Fashion Sakala and John Lundstram are one booking away from a European suspension.

"When you are playing so many games in Europe like we are, you will always have players one yellow card away from a suspension," he said.

"That's the same for every team. It won't affect our approach or our team selection. The players don't have to play in a different way. The most important thing is to win this tie and then we will see after the game who we have available for the next game."

Stankovic: Winning 4-0 'is not impossible'

Red Star face a huge task to turn the tie around but coach Dejan Stankovic remains adamant that 3-0 was not an accurate reflection of the first leg.

The 43-year-old has also warned Rangers they will face a more formidable opponent in the Serbian capital.

"Our stadium makes our players twice as good as they normally are, with the adrenaline and the roar coming from the stands," he said.

"They are the same players, but they will be twice as good. Marakana will not scare the Rangers, because they are used to playing in a top atmosphere, but they will have a twice as strong opponent in front of them.

"A 4-0 victory is harder to do in today's football, but it is not impossible. Watching the game from Glasgow instils in me confidence that we can surprise.

"We came back with three goals conceded and we may have deserved to lose, but we should have scored one or two goals.

"Considering that we are playing at our stadium, we are aware of what kind of support we will have - an early goal can change everything. We will see how they will behave when they are under the pressure we had in Glasgow.

"We all remember Barcelona against Paris St Germain or Liverpool against Barcelona and those upheavals and we are aware that it happens. The stadium, the moment and the team's faith that something can be done, with good chemistry.

"We have nothing to lose, but we will take only a calculated risk. We will try to turn things in our favour. If we are lucky enough to score an early goal, to light up the whole stadium, that can change a lot."

Stankovic believes Alfredo Morelos and Ryan Kent are the two main dangers to his team.

"Morelos is certainly the best Rangers player," he said. "He is quite physically strong, he caused us problems at the beginning of the match in Glasgow, but I think that (Aleksandar) Dragovic managed to limit him and I hope that he will do it even better (on Thursday).

"Also, there is Kent, which caused big problems for Borussia Dortmund. We will pay more attention to him and try to close him as much as possible."

Team of the week: The best players from the Tri-Nations...