QPR and Swansea battle for draw

QPR were unable to extend their winning run as they were held to a drab goalless home draw by Swansea. The west London side had won their previous four Championship matches and would have climbed to t 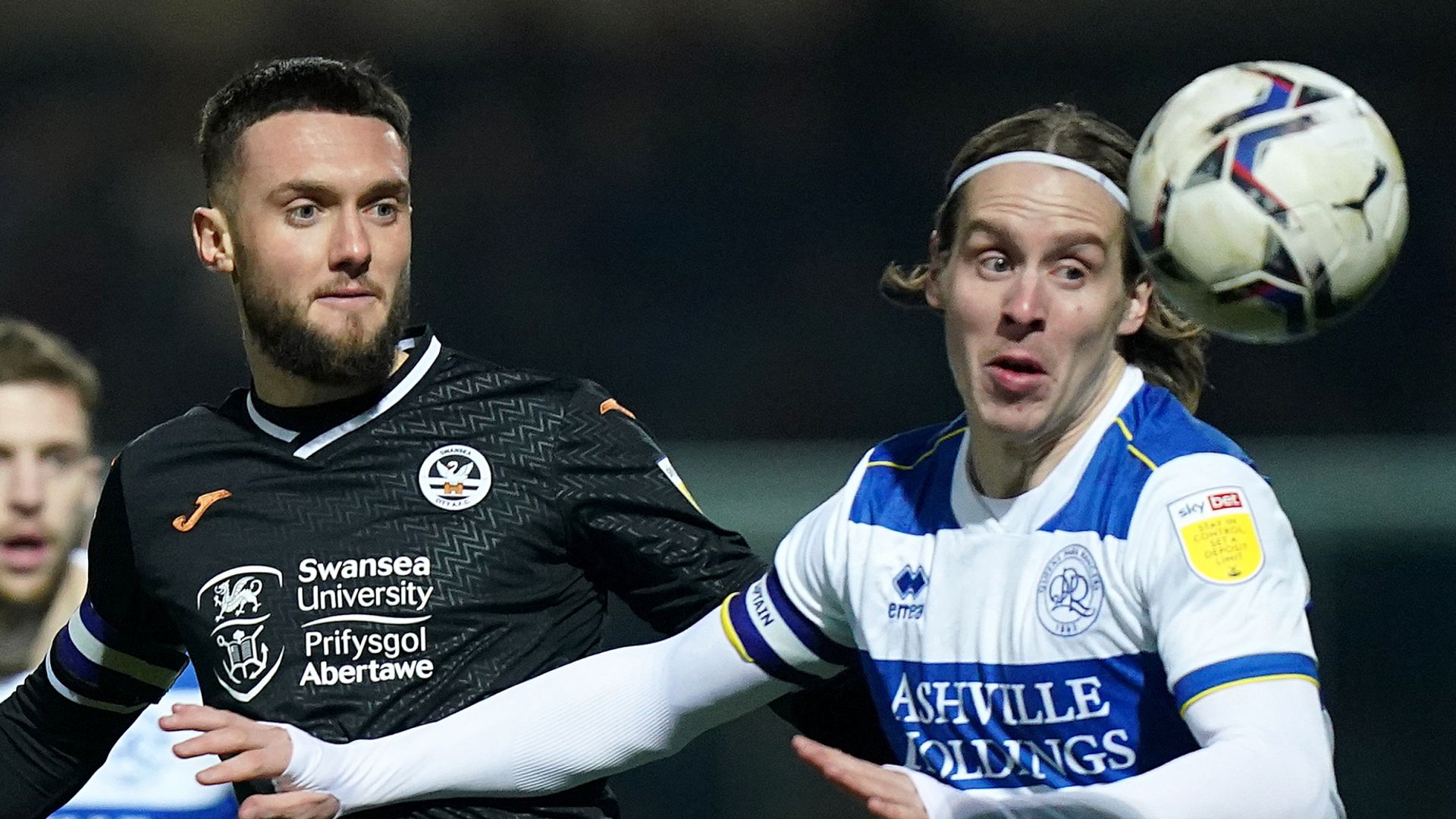 QPR were unable to extend their winning run as they were held to a drab goalless home draw by Swansea.

The west London side had won their previous four Championship matches and would have climbed to third in the table with another victory.

Instead they remain a place further back, two points behind second-placed Blackburn with a game in hand.

Swansea, who stay 17th, ended the match with 10 men after Flynn Downes was sent off in added time for tangling with Charlie Austin. Both players were booked, Downes picking up his second yellow card.

Luke Amos went closest to breaking the deadlock when he hit a post just before the hour mark.

The Rangers midfielder darted through on the right-hand side of the area and drove the ball low across the face of goal and against the woodwork.

But Swansea were a threat and veteran goalkeeper David Marshall kept them at bay in the opening stages of the second half.

The Scotland international looks a shrewd short-term signing by QPR while first-choice keeper Seny Dieng is with Senegal at the Africa Cup of Nations.

Marshall, making his third appearance since being brought in from Derby, did brilliantly to keep out Joe Piroe's low shot.

Marshall was also alert to push away Cyrus Christie's dangerous cross and Matt Grimes' follow-up as the Swans put Rangers under a spell of pressure.

While Marshall is filling the void left by Dieng, QPR badly missed the creativity of Ilias Chair, whose Cup of Nations involvement with Morocco has deprived his club of one of their two main creative players.

The other, Chris Willock, caused the visitors problems, but Rangers struggled to create clear-cut chances.

And Dykes missed a great chance late on when he fired straight at keeper Ben Hamer from point-blank range after being set up by Moses Odubajo.

Swansea deserved their point and continued to show signs of improvement, despite having won just one of their past six matches.

This stalemate made it four points from two games and back-to-back clean sheets for the Welsh side.

They briefly thought they had gone ahead when Michael Obafemi netted with a couple of minutes remaining, but the striker was offside.