A forest offcial stands next do 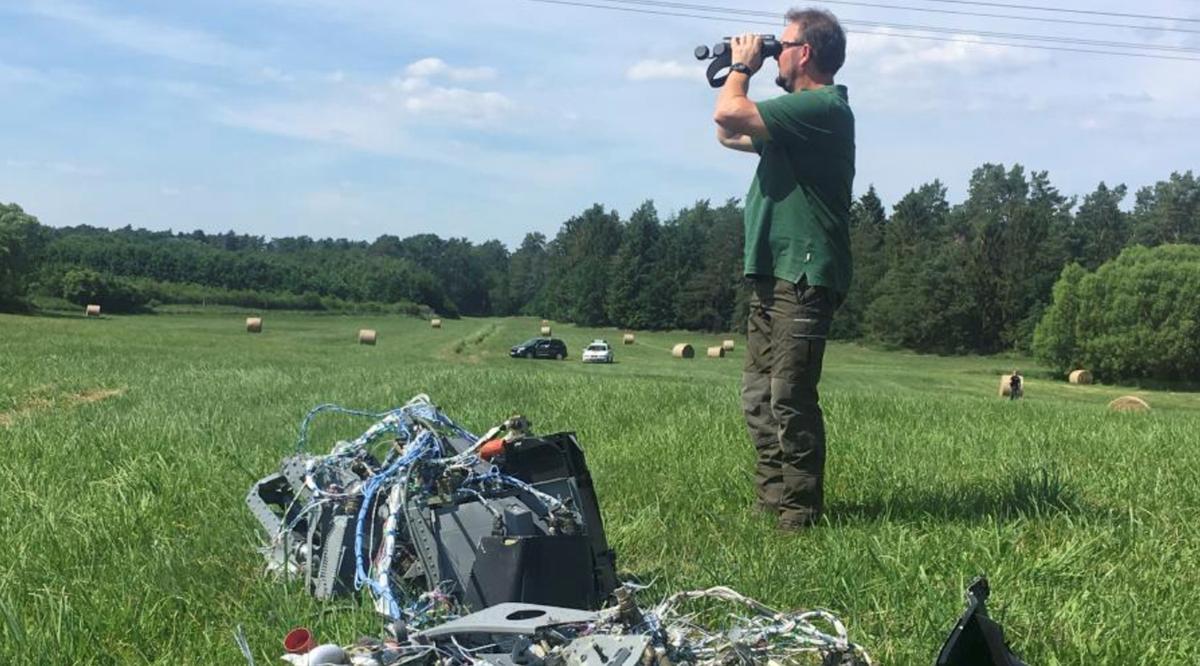 A forest offcial stands next do debris after two Eurofighter warplanes crashed after a mid-air collision near the village of Jabel in northeastern Germany June 24, 2019 REUTERS/Petra Konermann/Nordkurier

BERLIN (Reuters) - One pilot was killed and another was able to parachute to safety after two German Eurofighter jets collided over northeastern Germany on Monday.

The jets were unarmed when they crashed over the eastern state of Mecklenburg-Vorpommern, the German air force said.

“Together with a third Eurofighter they were flying an air combat mission,” it said in a statement. “The pilot of the third Eurofighter observed the collision and reported that two parachutes descended to the ground.”

One of the pilots was found alive in the crown of a tree shortly after the crash, according to Ostseewelle radio. The armed forces said he was now receiving medical attention. The other was found dead, it said.

The battalion based at Laage air force base, near Rostock, from which the aircraft took off, is tasked with training all pilots of Germany’s 140 Eurofighters.

Ostseewelle radio, which first reported the crash, posted a video sent in by a listener which it said showed two plumes of smoke rising from separate crash sites some distance apart. It described a field of debris around the area of the crash, which it said had ignited a small forest fire.

No details were immediately available on the circumstances of the crash. Some 400 Eurofighters - made by a consortium of Airbus, BAE Systems and Leonardo, are in service with militaries around the world.

Trump looks to 'maintain his engagement' in meeting with...

Russia will respond to any NATO steps over missiles, says...