Last Updated: 10/06/21 5:50pm Russian Anastasia Pavlyuchenkova reached her first Grand Slam final with a straight-sets victory over Tamara Zidansek at the French Open on Thursday. The Russian was the 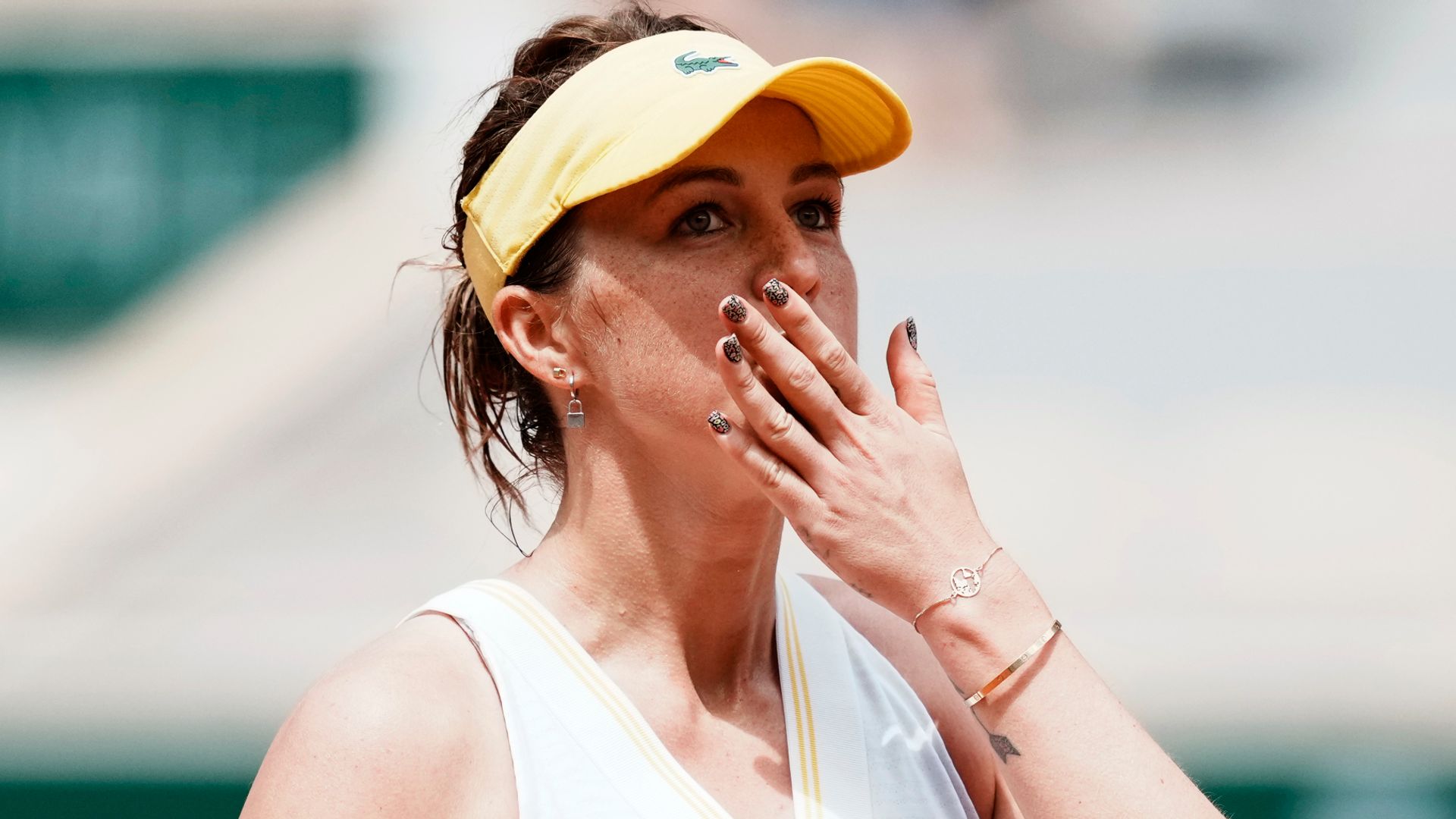 Russian Anastasia Pavlyuchenkova reached her first Grand Slam final with a straight-sets victory over Tamara Zidansek at the French Open on Thursday.

The Russian was the world junior No 1 aged just 14 and now, 15 years later at the age of 29, she will play for a first Slam title on the Parisian clay.

Pavlyuchenkova had fallen six times in Slam quarter-finals over the last 10 years before beating Elena Rybakina on Tuesday but she needed just one attempt at a semi-final, seeing off Slovenian Tamara Zidansek 7-5 6-3.

Zidansek, ranked 85, was the outsider of a hugely-unexpected final four, but the 23-year-old was eventually overpowered by the Russian, who began to make her big strikes count as she moved into a 5-3 lead.

She was unable to serve out the set, Zidansek pulling off an outrageous backhand overhead winner to help her break, but a double fault from the Slovenian then handed it to her opponent.

Pavlyuchenkova was always ahead in the second set and kept it together with the prize in sight, clinching victory on her first match point when Zidansek drilled a backhand wide.

Anastasia Pavlyuchenkova (@NastiaPav[1]) is the 1st Russian woman to advance to a Slam final since 2015 (Sharapova, AO).

She is the 1st woman to play more than 50 majors before reaching her first major final.

There was no big celebration from the 29-year-old, who simply took a deep breath before allowing herself a satisfied smile as she tried to take in her achievement.

"I am so tired and so happy, it is very emotional," Pavlyuchenkova said on a sunlit Court Philippe Chatrier.

"It was difficult, I tried to fight very hard and to work on the tactical side. It is important to stay focused and in the right zone for the final on Saturday."

Maria Sharapova, the last Russian to win the women's singles title at Roland Garros, was quick to tweet her admiration for her compatriot's victory.

In the final she will face either Greek player Maria Sakkari or Czech Barbora Krejcikova with a first-time Grand Slam champion guaranteed.

Terry among frontrunners for Derby job