Paul Gascoigne joins in with 'F*

Paul Gascoigne led a chorus of boozy Benidorm holidaymakers in belting out 'f*** the Pope and the IRA' during his £18-a-ticket singalong bash this weekend.

Fans flocked to see the ex-England midfielder, 52, perform at the Ibrox Bar in the Costa del Sol Spanish resort on Saturday where he was filmed joining in the foul-mouthed chant.

Gascoigne, who played for historically Protestant-supporting club Rangers, sang an adaptation of Tina Turner's Simply The Best which hit out the the leader of the Catholic Church and the predominantly Catholic Irish nationalists.

A video published by the bar on their social media shows the retired footballer, dressed in a bright blue shirt, make his way through a crowd of boozy and shirtless fans. 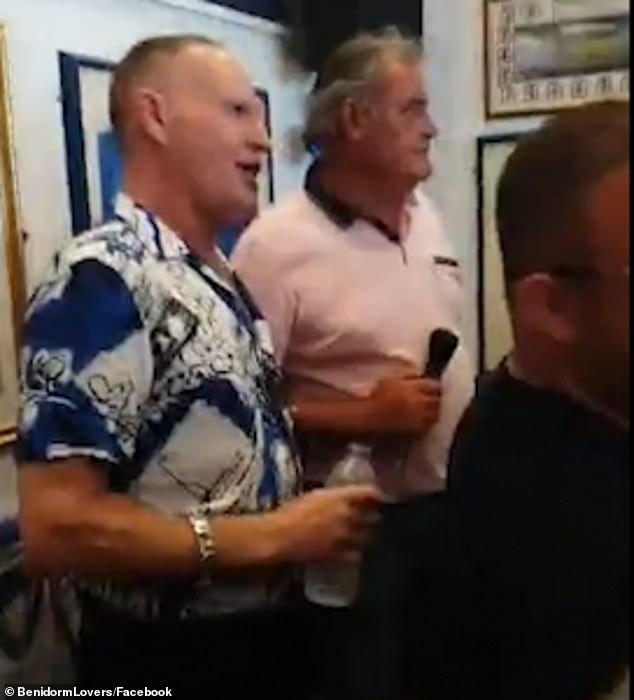 As the Tina Turner classic blasts out from the sound system, the fans insert the lyrics into the verse.

As the person holding the camera moves towards the front, Gascoigne - widely known as Gazza - is seen waving at and greeting members of the crowd.

He beams as he sings the expletive-laden lyrics in front of a portrait of a young Queen Elizabeth II.

Gascoigne was appearing at an event hosted by the Ibrox bar - named after the Rangers stadium - called 'Sash Bash with Gazza'. 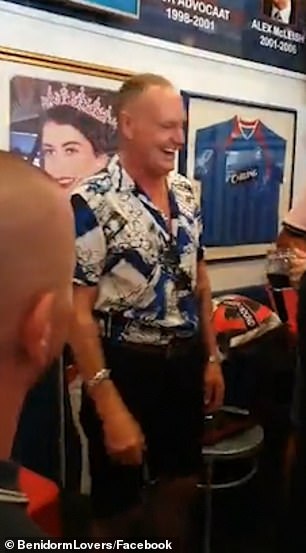 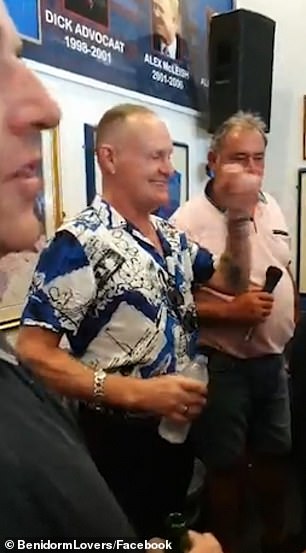 The Sash is a song from Ulster province in Ireland - where it is popular among Ulster loyalists - and is often chanted at Rangers games.

The event sparked controversy earlier last week when fans slammed Gascoigne's management for allowing the former footballer, who has battled alcohol addiction, to go to a boozy party.

On Thursday his manager Shane Whitfield tweeted a picture of his client preparing to board a Ryanair flight with the caption: 'Benidorm here we come'.

One concerned fan, Kelly Wood wrote: 'Jeez, not the best place to take someone who really struggles. This is only going to go one way.' 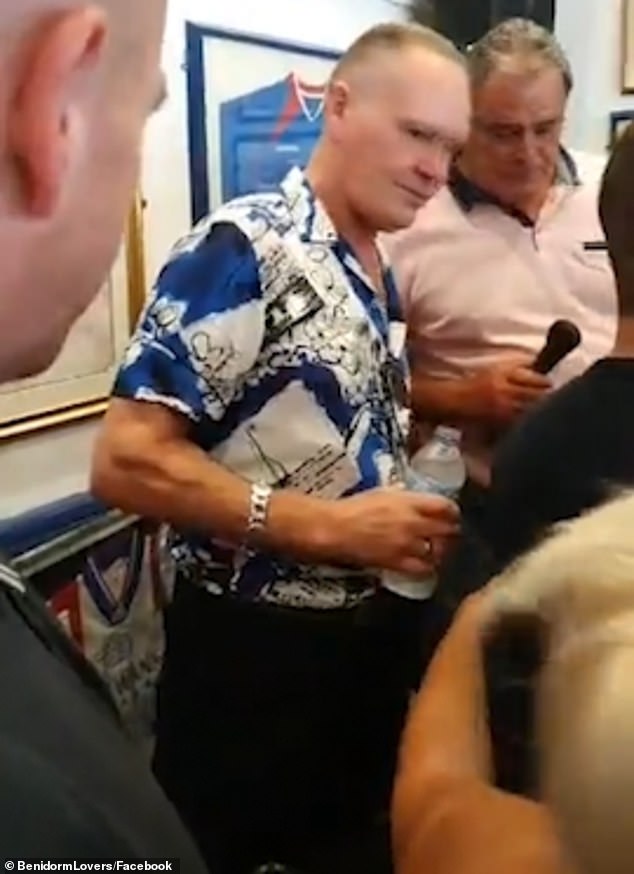 People slammed Gascoigne's management for allowing the retired footballer - who has battled alcohol addiction - to appear at a booze-fuelled event. But throughout the video he was seen sipping from a bottle of water

On TripAdvisor Pat B said: 'Let's hope he's got good people looking after him.'

But in the video posted by the bar, Gazza is seen sipping from a bottle of water.

Gazza is set to appear at another event called 'An Evening with Paul Gascoigne' at the four-star Marina Hotel tomorrow.

Tickets are currently on sale for £44 but event website Round Town Travel boasts that VIP tickets are on sale £75 which include booze.

These include a 'cava reception, meet and greet, framed photograph with Gazza, front row seats and after-party.'

BEL MOONEY: Cocaine's turned my son into a seething, cruel...

Boy, 11, with a rare blood cancer is told nothing more...

Boris refuses to answer questions about row with girlfriend