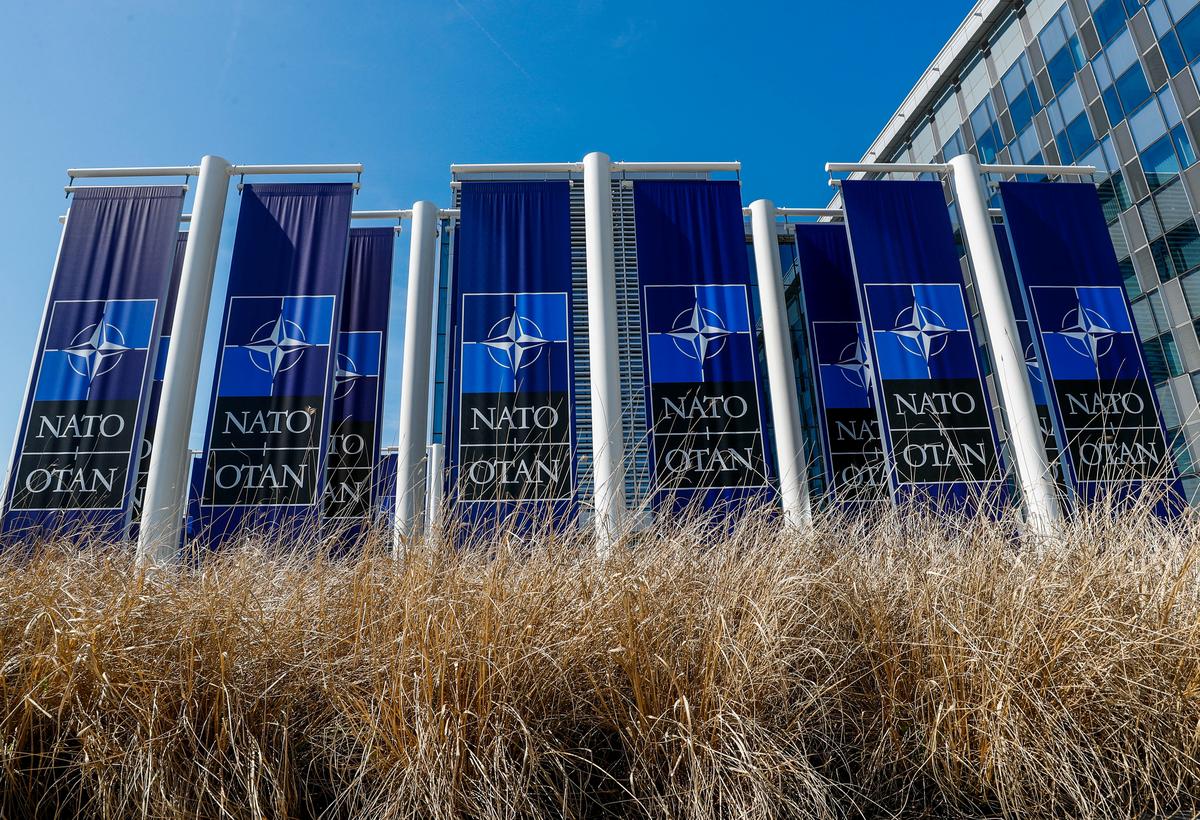 BRUSSELS (Reuters) - NATO defense ministers considered on Wednesday how to deter Russia from launching a missile attack at short notice on Europe if a landmark treaty against land-based nuclear warheads collapses next month.

Banners displaying the NATO logo are placed at the entrance of new NATO headquarters during the move to the new building, in Brussels, Belgium April 19, 2018. REUTERS/Yves Herman

Barring a last-minute reversal by Russia that NATO does not expect, the United States is set to pull out of the 1987 Intermediate-range Nuclear Forces Treaty (INF) on Aug. 2 citing Russia’s development of a missile that breaks the accord.

“Ministers have agreed that NATO will respond should Russia fail to return to compliance,” Secretary-General Jens Stoltenberg told reporters after the meeting in Brussels.

“They will have to bear the full responsibility for the demise of the treaty,” although he said NATO would not place nuclear-capable, land-based medium-range missiles in Europe, as happened in the 1980s.

U.S. and British intelligence shows Russia has conducted tests of the SSC-8 ground-launched cruise missile that violate the treaty ban on land-based missiles with a range of 500 km to 5,500km (300-3,400 miles), NATO diplomats say.

NATO says the missiles are hard to detect and have a shorter warning time than long-range rockets, raising the chances of nuclear weapons being used in conflict.

The missile dispute marks a further worsening of East-West ties that have deteriorated since Russia’s 2014 seizure of Crimea and has prompted fears of an arms race between Russia, the United States and China, which is also developing missiles.

Diplomats told Reuters that flights of F16 warplanes and B52 bombers capable of carrying nuclear warheads and re-positioning sea-based missile systems were also under consideration.

Such steps are meant to underline NATO’s determination to protect Europe and raise the economic and military costs for Russia of any possible missile attack.

Luxembourg’s Defence Minister François Bausch said that while diplomats would continue to urge Moscow to destroy the SSC-8 missile, NATO also needed “a military answer” because the security of Europe was at stake.

NATO envoys are expected to meet Russian officials in the NATO-Russia Council forum next week to make a last-ditch attempt to save the INF treaty before the August deadline.

Kathryn Wheelbarger, an acting U.S. assistant secretary of defense, said that while there was still time for Russia to change course, “we don’t assess that they will.”

Before the meeting got under way, Stoltenberg declined to rule out that NATO could reconfigure its ballistic missile defense shield in southeastern Europe to counter Russian rockets.

After billions of dollars of U.S. investment, the NATO-controlled radar and its launchers are trained on Iran, officials say, and the alliance has repeatedly said they are not designed to target Russia, as Moscow has stated.

The United States says it will also focus on developing conventional missiles that serve as a deterrent to both Russia and China, which is not a signatory to the INF treaty and has stated its intention to push into new technologies including new cruise missiles.

“We need to build long-range precision (missiles),” Acting U.S. Defense Secretary Mark Esper told reporters on Tuesday en route to Brussels. “Relief from the INF treaty will allow us to do that in a non-nuclear way, in a conventional way. And it also frees us up to deal with not just Russia but China.”

European allies are worried about being caught up in nuclear competition between Moscow and Washington.

R. Kelly appears distressed as he arrives at court in Chicago

UK PM candidate Johnson extends lead in fourth round of...