Last Updated: 16/03/22 11:52pm Rafael Nadal overcame giant American Reilly Opelka to claim an 18th consecutive win this season on his way to the quarter-finals at Indian Wells on Wednesday. Nadal, a t 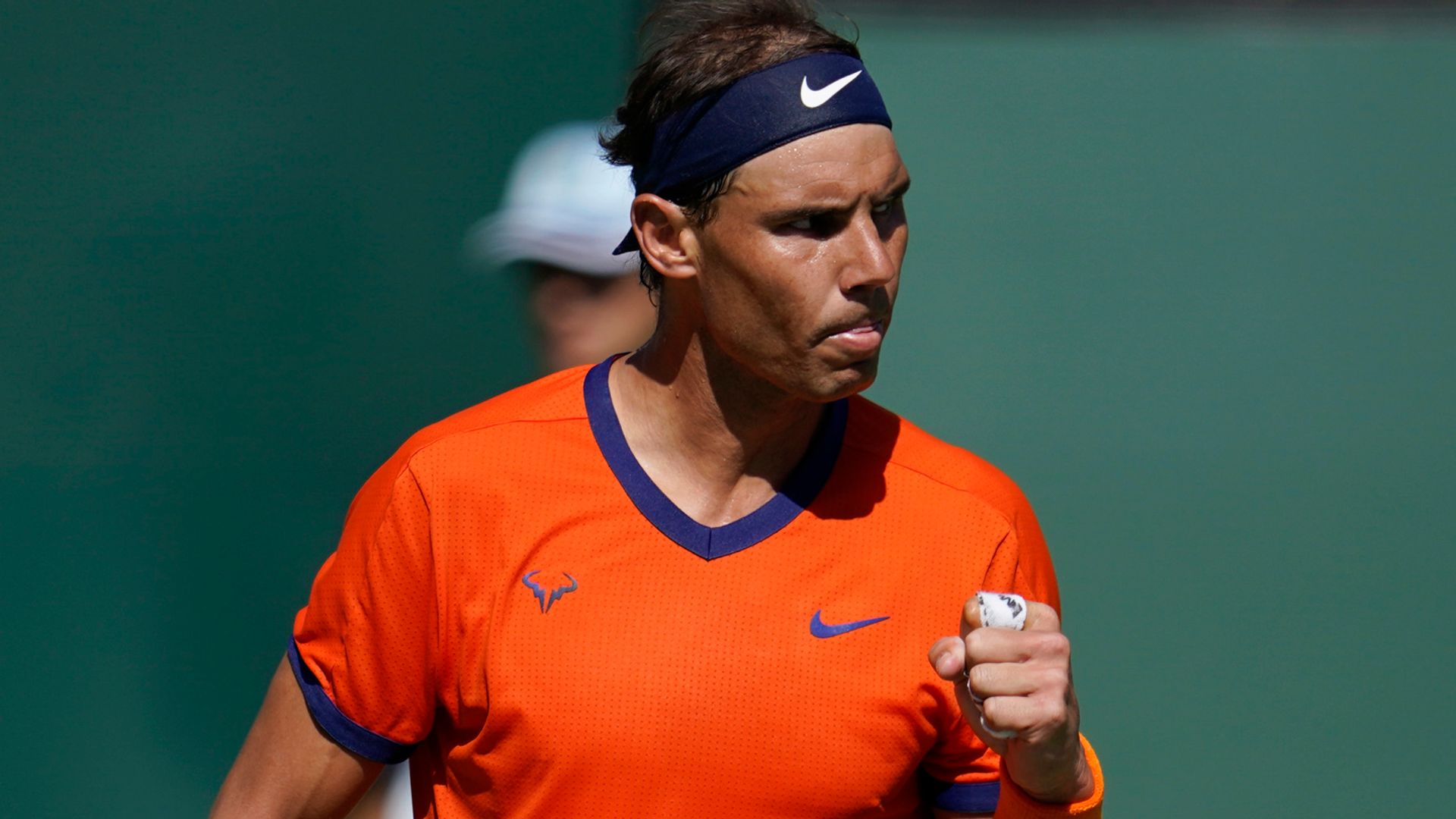 Rafael Nadal moves to 18-0 for the season to reach the quarter-finals at the BNP Paribas Open in Indian Wells; the Australian Open champion will next take on Nick Kyrgios in a mouth-watering clash

Rafael Nadal overcame giant American Reilly Opelka to claim an 18th consecutive win this season on his way to the quarter-finals at Indian Wells on Wednesday.

Serbian Kecmanovic absorbed his opponent's power serve in the first set, converting on a break-point chance in the fourth game, as a frustrated Berrettini won just eight return points.

But Kecmanovic, 22, was unable to close out the match as a break-point opportunity slipped through his fingers late in the second set, in which Berrettini, who reached his first Grand Slam final at Wimbledon last year, struck 21 winners and won a tense tie-break to level.

Berrettini saved two breaks in the eighth game in a tightly fought final set to stay alive but Kecmanovic pounced to break the Italian's serve to love in the final game.

Australian Nick Kyrgios advanced by walkover after Italian Jannik Sinner withdrew from the tournament due to illness.

Grigor Dimitrov made it through to the quarter-finals for the second year running after he beat John Isner 6-3 7-6 (7-6).