Mother is banned from driving af 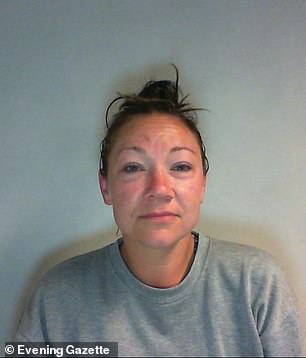 Kerry White, 35, filmed the little boy dancing in the passenger seat as she drove through Scarborough

A mother has been banned from driving after filming a child dancing while at the wheel of her car.

During the 30-second footage, Kerry White, 35, films the little boy moving along to the 90s dance classic Everybody's Free by Rozalla as she drives through  Scarborough, North Yorkshire.

As the clip, which was filmed on White's mobile phone before being uploaded to Facebook, continues, the mother shouts 'show us your moves' and can be heard laughing, singing and waving her hands in the air.

During the video, which was filmed on December 16, 2017, the mother holds her phone close to the child as he sways along to the music in the passenger seat.

She continues filming the toddler despite being at the wheel of the car and laughs along to his attempts to dance. 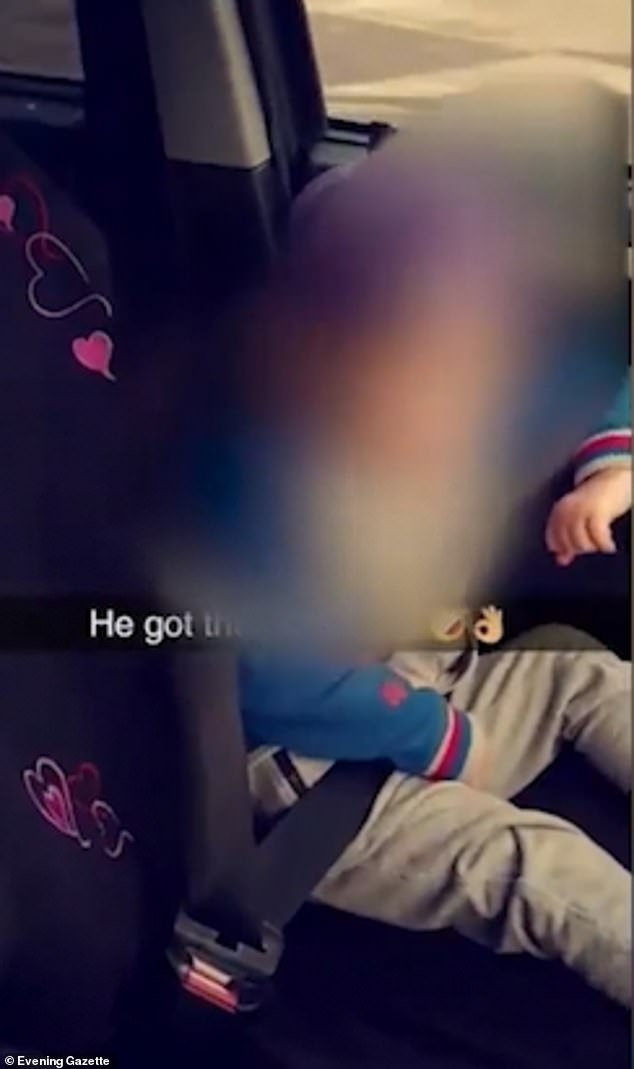 The little boy looks up at White before continuing to move to the music. As he dances along White shouts 'show us your moves'

White was caught after a member of public spotted the video on Facebook and reported it to police.

Officers investigating managed to identify the vehicle and location involved and then recovered the original video from the defendant's mobile phone.

White refused to answer questions about the incident in the interview and pleaded not guilty to driving a vehicle dangerously when charged.

Prior to her trial she changed her plea to guilty and was given a 12-month ban and sentenced to six months imprisonment, suspended for 12 months.

She was also required to complete 20 days unpaid work and told she must pay a £115 victim surcharge. 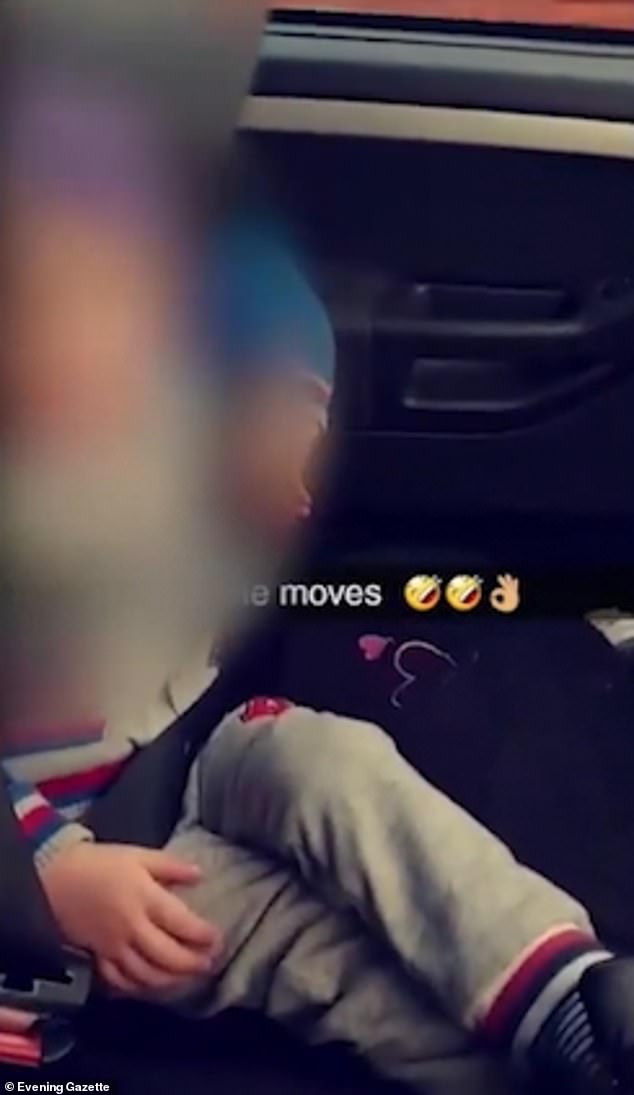 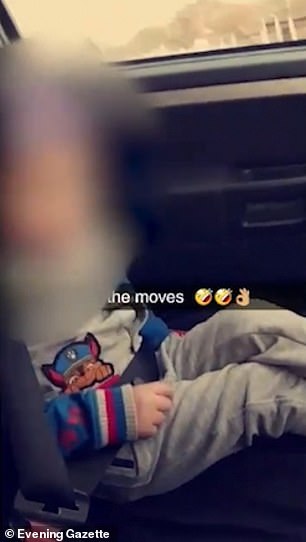 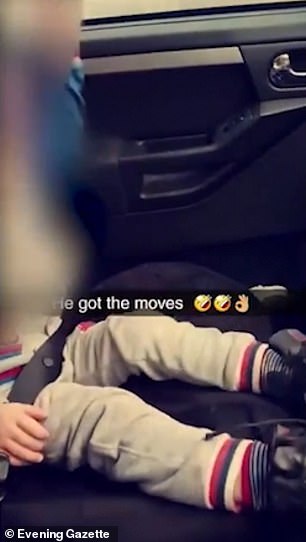 The mother, who was caught after a member of public spotted the video on Facebook, continues filming the boy

'It's only through sheer luck she wasn't involved in a serious collision.

'Her blatant disregard for the safety of the child and traffic laws could have ended tragically and the consequences of her actions had she of lost control of her vehicle doesn't bear thinking about.

'I'd like to thank the member of the public who reported this incident to us and I hope this message sends a clear message that this type of reckless behaviour will not be tolerated on our roads.'