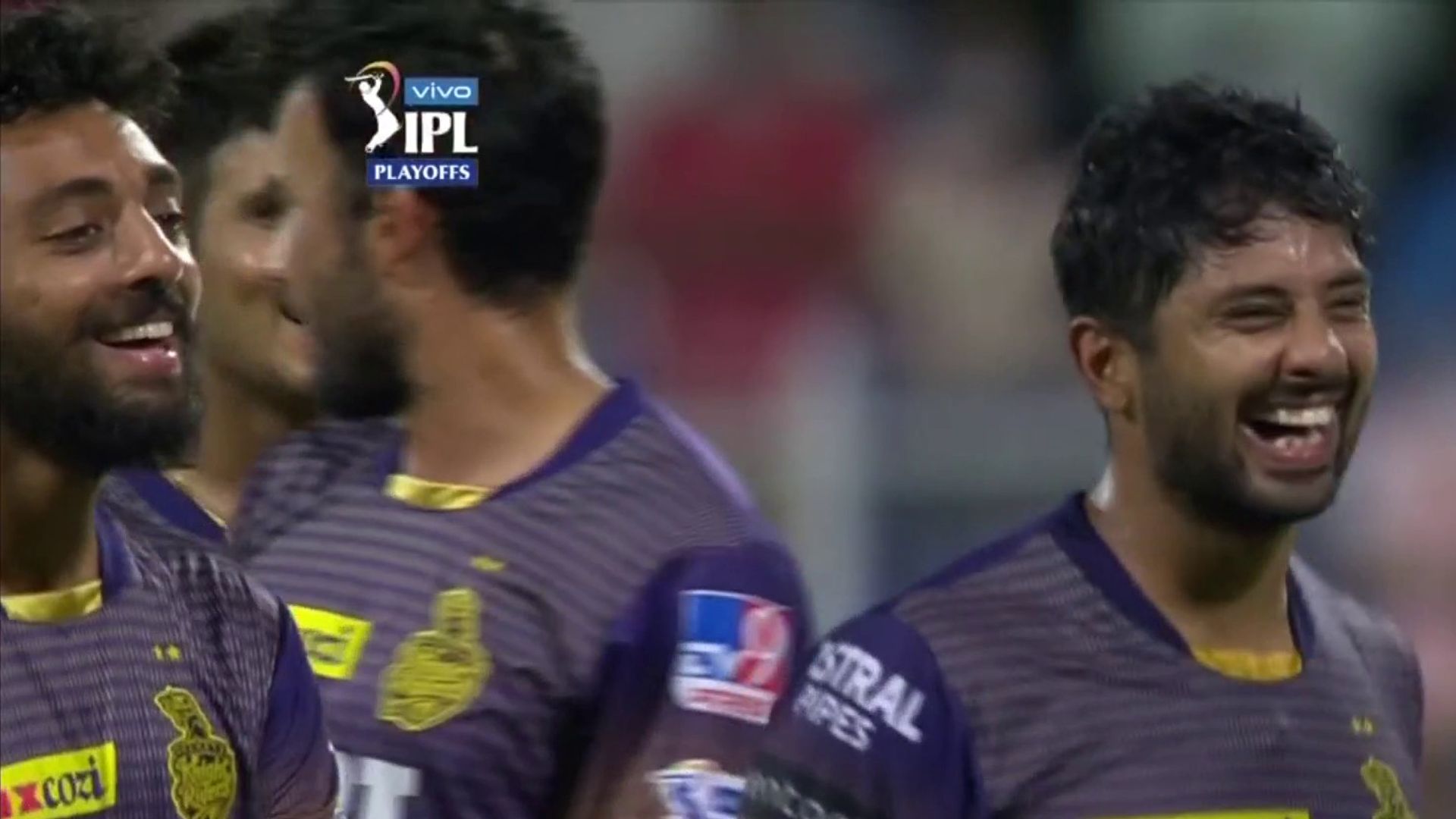 Kolkata to play Chennai in Friday's IPL final after edging past Delhi in qualifier; Knight Riders needed 14 from 26 balls but then lost six wickets for seven runs in 23 balls before Rahul Tripathi smoked match-winning six off Ravichandran Ashwin; Kolkata into third IPL final

Eoin Morgan's resurgent Kolkata Knight Riders will face Chennai Super Kings in Friday's IPL final after overcoming a staggering collapse to edge past Delhi Capitals with a ball to spare in Sharjah thanks to Rahul Tripathi's match-winning six.

Kolkata required 14 from the final 26 deliveries to top Delhi's 135-5 but then lost six wickets for seven runs to tumble from 123-1 to 130-7, with Morgan, Dinesh Karthik, Shakib Al Hasan and Sunil Narine each out for nought.

Shakib and Narine's dismissals from successive Ravichandran Ashwin balls left Knight Riders needing six from two deliveries but Tripathi - who had managed to get on strike as Narine holed out to long-off - needed just one to clinch a dramatic three-wicket victory for his side in the qualifier.

The win was Knight Riders' fourth in a row and seventh in nine since the IPL resumed in the UAE in September, a complete turnaround from the Indian leg earlier in the year when they lost five of their first seven fixtures.

Kolkata have reached their first final since winning the competition for a second time in 2014, with Friday's showdown against Chennai a repeat of the 2012 final, which Knight Riders won by five wickets.

Delhi's wait for a maiden title goes on with the 2020 runners-up spurning two chances to reach this year's final after losing the first qualifier to Chennai by four wickets over the weekend.

Capitals looked completely out of Wednesday's clash with Kolkata as Venkatesh Iyer (55 off 40 balls) and Shubman Gill (46 off 46) shared an opening stand off 96 before Gill and Nitish Rana (13) added a further 27.

However, KKR fell apart once Rana ballooned Anrich Nortje into the deep, with Gill then caught behind off Avesh Khan, Karthik and Morgan chopping Kagiso Rabada and Nortje respectively onto their stumps, and Ashwin pinning Shakib lbw before having Narine pouched down the ground.

Delhi seemed favourites at that stage, only for Tripathi to crush their hopes of back-to-back finals and take Kolkata into the trophy game, which is live from 2.50pm on Friday on Sky Sports Cricket.

Ultimately it was a lack of runs that cost Capitals, with Rishabh Pant's side stuttering after a bright start.

Delhi reached 30-0 after four overs after being inserted by Morgan as Prithvi Shaw (18 off 12) struck a monster six off Shakib and Shikhar Dhawan (36 off 39) swept successive maximums off Narine.

However, Shaw was out lbw to Varun Chakravarthy's first ball at the start of the fifth over and Delhi's batters, including the fit-again Marcus Stoinis (18 off 23) and skipper Pant (6 off 6), were then stifled on a slow deck.

Chakravarthy (2-36) made Dhawan his second victim in the 15th over, caught smartly by Shakib at backward point, and would also have removed Shimron Hetmyer for three in the 17th had he not marginally overstepped, with Gill taking a brilliant diving catch at long-on.

Hetmyer (17 off 10) punished Chakravarthy by slamming two sixes off Ferguson in a 15-run 18th over before being run out in the 19th, while Shreyas Iyer (30no off 27) ensured Shivam Mavi's 20th over went for 15 as he concluded the Delhi innings with a straight six off a full toss.

Venkatesh Iyer and Gill quickly snuffed out Delhi's momentum, although it could have been different had Rabada held on to a caught-and bowled chance when Iyer was on 23.

Iyer did not make an appearance for Kolkata in India in April and May but has been a fixture in the side in the UAE, with his third half-century in nine knocks, which featured three sixes and four fours, taking him to 320 runs for the tournament.

The left-hander reached his half-century from 38 deliveries but then fell to the 41st ball he faced when he pulled Rabada to substitute fielder Steve Smith at deep square leg,

Iyer would then have felt nervous in the dugout as a clatter of wickets fell but, thanks to Tripathi, will now get the chance to add to his burgeoning reputation in Dubai on Friday night.