By Luke Andrews For Mailonline

This is the shocking moment callous thieves hack the locks off NHS workers' bikes and cycle away with them during the coronavirus lockdown.

The gut-wrenching video shows two men checking locks in a bike shed at the Royal Victoria Infirmary, Newcastle, before smashing one and stealing two bikes.

Doctors, nurses and other hospital employees had been using them to get to work during the pandemic, as they fought to save patients' lives.

Northumbria Police said they have arrested four men for stealing bikes at the hospital, including the two men in the video. They are aged 44, 40, 23 and 21.

One of those arrested, 44-year-old Malcolm Tindle, was jailed for six weeks last month for stealing a bike from the hospital in May.

A police sting operation, where plain-clothes officers watched a bike, has led to six more men being arrested for bike thefts.

This includes two men, aged 27 and 29, who were seen in the hospital's bike sheds but did not steal any from the site.

The Newcastle NHS Hospitals Trust, which the Royal Victoria Infirmary is part of, has recorded 116 coronavirus deaths since the start of the pandemic. 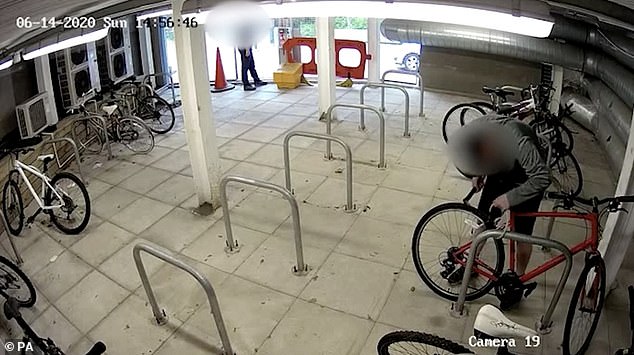 This is the moment two callous thieves steal bikes at the Royal Victoria Infirmary, Newcastle 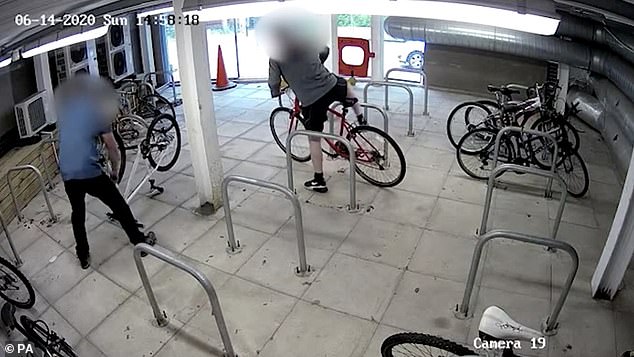 The horrifying two-minute video shows the men using what appears to be a hammer to smash through a lock on a red bike.

They also pick up a white bike in the shed before cycling away with both.

Northumbria Police made the arrests through Operation Monty, where plain-clothes officers placed a bike in a high-theft location and then watched nearby to see if it was stolen.

The operation was run several times in the last two months in order to catch the perpetrators.

The two men in the video are expected to appear in court in December, and are subject to legal proceedings for separate, unrelated offences. 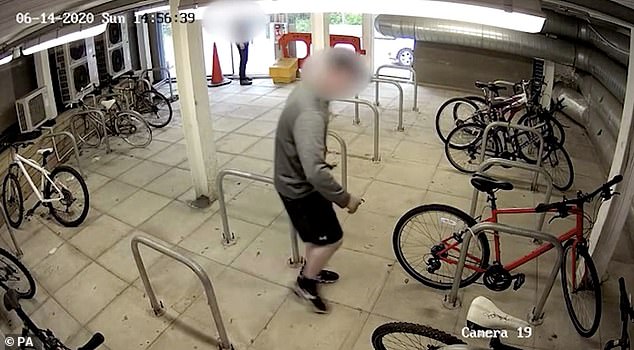 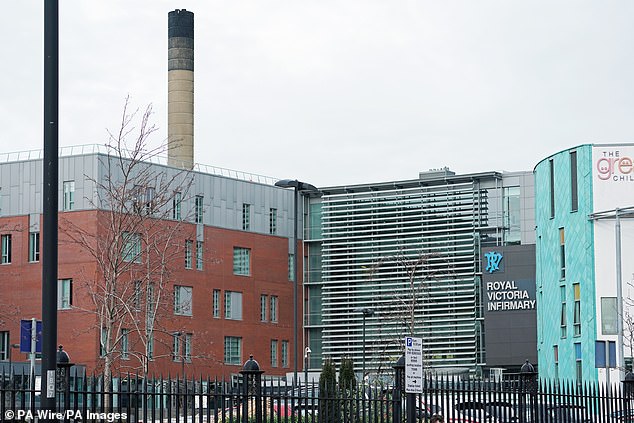 Of the 12 arrested, the 44-year-old man has been sentenced to six weeks in prison.

A 16-year-old boy arrested for bike theft has been referred to the Youth Offending team while another thief that was arrested has been released pending further enquiries. 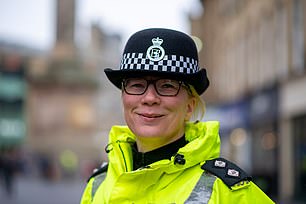 A further nine of those arrested have been charged with offences linked to the theft of bicycles and will appear in court in due course.

Neighbourhood Inspector Karen Madge oversaw Operation Monty and says it was the least they could do to help the hospital staff.

She said: 'Our doctors, nurses and hospital workers have been doing an incredible job during the coronavirus pandemic and have put themselves at risk to save the lives of others.

'It has been absolutely appalling to see these NHS heroes targeted by thieves and we have been putting measures in place to prevent this from happening and to safeguard their property. 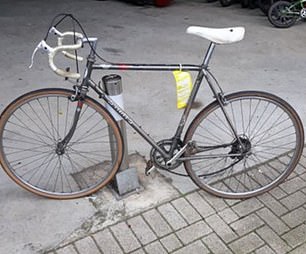 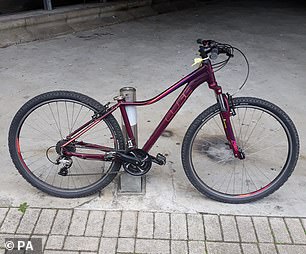 After the operation, police successfully recovered these two bikes. They are appealing for anyone thinking that they have lost the bikes to get in contact

'One of those measures was Operation Monty and I am delighted that this sting operation has been such a massive success, securing property and bringing suspects in to custody.'

She also added a warning for bike robbers: 'The Operation Monty planted bicycle could be anywhere at any time and that means our plain-clothed officers aren't far away either - that should be a huge deterrent to those committing thefts in the city.'

Officers have successfully recovered two bikes and are appealing to the public for help locating their rightful owners.

SUE REID speaks to those who wait in Calais

Here is the full text of Boris Johnson's first speech as...

'We will prove the doomsters wro

Boris Johnson is expected to be named Britain's next PM

Britain at its best: Unlock the

Sixty-seven Pizza Express restaurants to close across Britain with up to 1,100 jobs...

Ryanair flight from Krakow to Dublin is forced to make emergency landing at Stansted...