'Simply woeful': Met chief Cressida Dick's withering verdict on the lack of crimes being solved by police forces across Britain

By Rebecca Camber Chief Crime Correspondent For The Daily Mail

The top police officer in the country has admitted that the number of crimes being solved across the UK is ‘woeful’.

She spoke out about the ‘low’ number of criminals being prosecuted, adding that it did not reflect well on law enforcers. In an extraordinary indictment, Miss Dick said: ‘I am worried about the criminal justice system – the volume and complexity of crime is rising yet fewer people are appearing at court.

‘That is something none of us in the criminal justice system should be proud of. I am not proud of it.’ Miss Dick added that justice was ‘slowing down’ as it was taking far longer for officers to solve crimes due to the mass of digital evidence that now has to be analysed.

She said forces were having to ‘prioritise’ which crimes to investigate due to officers struggling with the record volume of offences being reported. 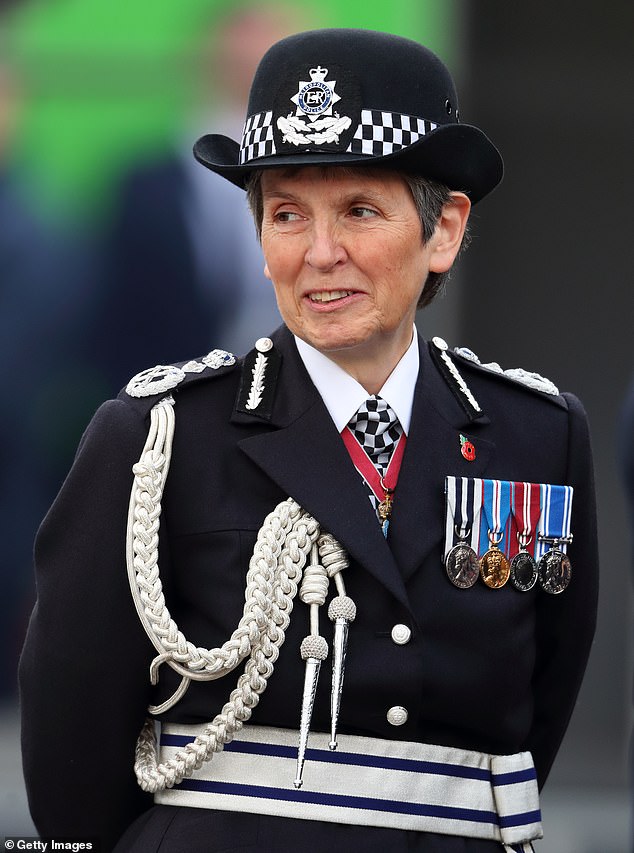 Scotland Yard Commissioner Cressida Dick, pictured, has admitted that the number of crimes being solved across the UK is ‘woeful’

Her comments come after a Mail investigation earlier this year revealed that forces are routinely failing to investigate up to half of alleged crimes, with many offences being ‘screened out’ within 24 hours of being reported.

It means huge numbers of offenders – including rapists, thugs, burglars and thieves – have escaped justice and are free on the streets.

Crime recorded by police is at a 14-year high, yet detections have fallen in many crime types and the number of people formally dealt with by the criminal justice system fell last year to the lowest level since 1970.

Two bungling burglary suspects are caught on crystal-clear CCTV breaking into a house in broad daylight.

At least one of their faces could easily be seen as they forced their way in armed with crowbars. The footage shows them jumping over a fence to avoid CCTV at the front of the property – unaware they are being filmed by a camera in the back garden.

They then force open a kitchen window to get into the house in Netherton, West Midlands, on June 16. The pair spent 30 minutes inside before fleeing with a gold ring, cash and a passport. Police released the video in a bid to catch the hooded suspects who struck at around 8.40pm.

The footage has also been viewed thousands of times on social media. Anyone with information can call Crimestoppers anonymously on 0800 555 111.

Incredibly, police charge a suspect in fewer than one in ten crimes – meaning thousands of culprits escape scot-free. The Metropolitan Police Commissioner addressed the state of British policing in the Police Foundation’s John Harris memorial lecture.

She suggested officers may need a ‘magic wand’ to boost national crime detection rates, which are as low as 4 per cent in rape cases.

Miss Dick said: ‘It seems to me that – at least theoretically – a very large proportion of crimes that occur could be prevented or at least successfully investigated in the near future by the use of data that is already available and technology that is already developed.

‘By applying lots of resources and making the most of the data that we legitimately have now, we solve nearly 90 per cent of homicides in London.

‘But overall police detection rates nationally are low, woefully low in some instances, and the courts are emptying. So what magic wand would it take for us to be able to apply what we do in murder to so many other cases?’

Miss Dick said investigating crime had become more complex since she joined the service in 1983, which has meant justice is ‘slowing down’. She recalled how as a rookie officer she dealt with offenders who were often placed before the courts and convicted the next day.

Now it can take weeks or months just to download a victim or offender’s phone and analyse the contents for evidence.

She said: ‘Increasingly our challenge is one of prioritisation against high volumes. We have to try to make proportionate, ethical decisions about allocation of resources which are complex decisions and may be highly contested.’ 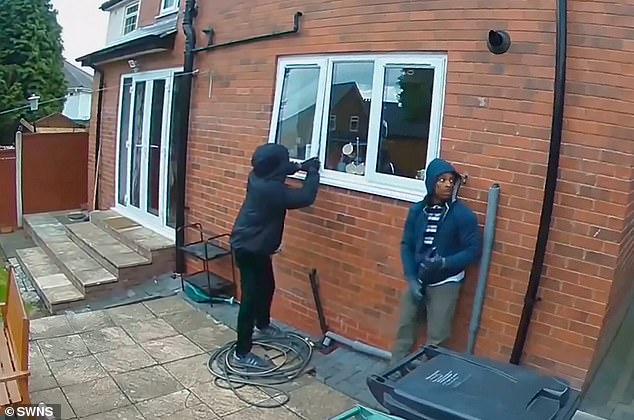 Dumb and dumber: Two bungling burglary suspects are caught on crystal-clear CCTV breaking into a house in broad daylight

Official figures show that the number of detectives investigating the most serious offences in England and Wales has fallen by at least 28 per cent between 2010-11 and 2017-18. John Apter, national chairman of the Police Federation of England and Wales, said: ‘It’s hard to disagree with the Commissioner’s comments.

‘From our perspective, Government budget cuts are responsible for the fact that we now have nearly 22,000 fewer police officers than we did in 2010. This means fewer boots on the ground to tackle crime. The criminal justice system also needs to keep up with technological advances to speed up the process.’

Chris Henley QC, from the Criminal Bar Association, said: ‘There is a serious crisis in relation to the whole criminal justice system caused by underfunding.

‘There has never been a worse time to be the victim of crime, or a better one for those committing crime. Our criminal justice system is falling apart.’

Victims’ Commissioner, Dame Vera Baird, said: ‘Every time the police fail to solve a crime there is a victim who has not received justice. Low detection rates erodes public confidence in the justice system and gives offenders a sense they can act with impunity.’ The Met’s Assistant Commissioner Nick Ephgrave said: ‘The concerns expressed by the Commissioner regarding the criminal justice system are shared by many who are familiar with it.

He added: ‘As the Commissioner said, almost every crime is solvable but only if potentially enormous effort is expended. This is clearly not going to be proportionate in many cases but more resources would allow for more crime to be investigated.’

Huge mammoth tooth found next to a broken flowerpot in...

Space capsule parachutes into Kazakhstan after more than...

Low-carb diets could improve blood health even without...

The agony of losing a baby - and keeping it SECRET