Liverpool kept their hopes of Champions League qualification alive with a thrilling 4-2 win over Manchester United at Old Trafford. But how did we rate the players? Started confidently, bravely blocki 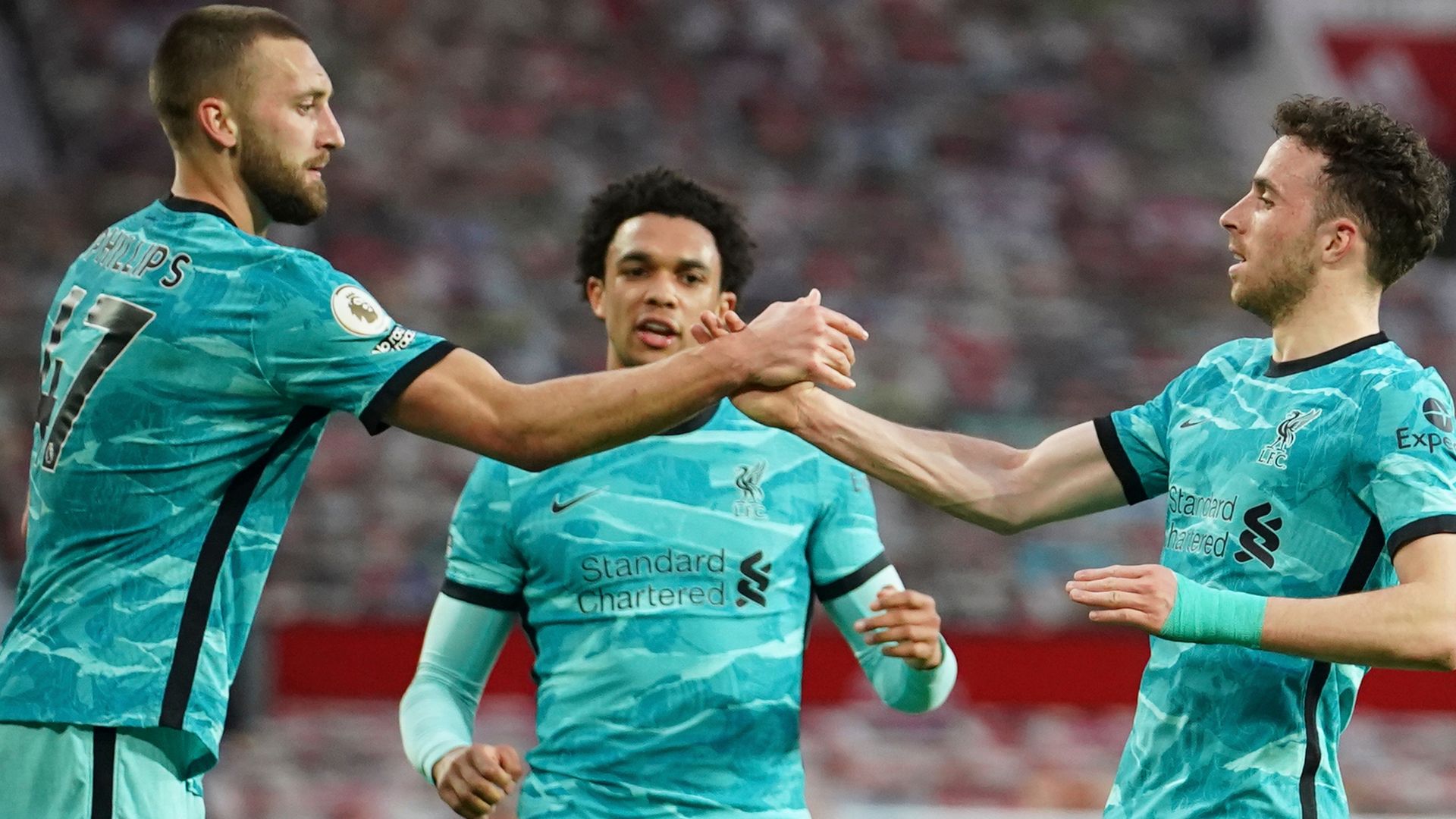 Liverpool kept their hopes of Champions League qualification alive with a thrilling 4-2 win over Manchester United at Old Trafford. But how did we rate the players?

Started confidently, bravely blocking a Trent Alexander-Arnold cross and making a smart, one-handed save from Diogo Jota but should perhaps have done better for Liverpool's third goal, when he spilled Alexander-Arnold's shot into the path of Roberto Firmino, and made it too easy for Mohamed Salah to score their fourth.

A fine assist for the opening goal from one of several eye-catching forays forward in the early stages. Had some difficult moments up against Jota and Andrew Robertson after that but generally looked more assured than his fellow United defenders.

Found it difficult without the commanding Harry Maguire alongside him in central defence and struggled with the speed and movement of Liverpool's front three throughout.

Drafted into United's backline in place of the injured Maguire but struggled to deal with Liverpool's pace and pressing. Appeared to have cost his side a penalty when he went in firmly on Nat Phillips in the first half but the decision was overturned following a VAR check. Replaced by Nemanja Matic late on.

A uncharacteristically poor performance from the left-back, who was unable to contain Alexander-Arnold throughout and did not get forward as much as usual either. Partly culpable for Liverpool's third goal when he ran into trouble in his own defensive third, allowing the visitors to spring forward.

Like Shaw, he carelessly lost possession deep in Manchester United territory in the build-up to Liverpool's third goal. He then made a similar error which allowed Jota to strike the post not long afterwards. Replaced by Mason Greenwood after just 63 minutes.

Had some bright moments going forward in the early stages of the game, sending a looping header wide and firing a diagonal effort into the side-netting, but crucially lost Firmino for Liverpool's second goal.

Started well, charging forward with purpose from midfield, but was fortunate not to receive a second yellow card when he hauled down substitute Sadio Mane in the second half.

Quiet on Manchester United's right flank for most of the evening but but took his goal well, latching onto Edinson Cavani's pass and firing a low shot into the corner of the net, and improved after that. Fired a good chance wide with the last kick of the game.

Wasted an early scoring opportunity when he dragged wide following Alisson's poor pass. Received little service from his team-mates and struggled to get involved in the game but did at least contribute the assist for Rashford's goal.

Made an eye-catching impact and was unfortunate not to equalise when his low shot was cleared off the line by Phillips.

Replaced Bailly in the final few minutes and lost possession in the build-up to the fourth goal.

Fortunate not to be punished early on when a slack pass went straight to Cavani, who shot wastefully wide from the edge of the Liverpool box. Not at fault for United's goals but will be disappointed to have conceded twice from only three shots on target.

A man-of-the-match performance to give the watching Gareth Southgate food for thought. Produced a typically-accurate cross to set up Firmino's first goal and also played an important part in his second. His passing was sublime throughout and he also won possession more times than anyone else.

His positioning was poor when he diverted Fernandes' strike into his own net for the opening goal but he made amends when he set up Jota's opener with a low cross-shot following a corner. Also made a crucial clearance off the line from Greenwood in the second half.

Like Phillips, he made a crucial block from Greenwood. The youngster struggled to keep pace with Rashford for United's second goal but was solid enough overall.

A typically energetic performance from the left-back, his industry summed up by one moment in the first half when he sprinted back to dispossess Rashford and stop a United counter-attack after his low cross was cut out.

Had some eye-catching moments on the ball, as he so often does, but also contributed defensively, making a number of important tackles and interceptions as Liverpool won the midfield battle.

Could have done better for United's opener but showed his importance to Jurgen Klopp's midfield as he diligently protected Liverpool's rookie centre-back pairing. Also helped the visitors construct attacks with his intelligent distribution.

Replaced by Curtis Jones in the 74th minute but did little wrong before that. His distribution was precise - he found a Liverpool team-mate with 37 of his 39 passes - and he contributed defensively too.

Overshadowed by Jota and Firmino for much of the game but was a threat throughout. Unselfishly set up an excellent chance for Jota in the second half and took his 21st Premier League goal of the season superbly in stoppage time.

Preferred to Mane on the left-hand side of Liverpool's attack and justified his inclusion with a smartly-taken goal, flicked home from Phillips' cross-shot, and a lively all-round performance. Should have scored a second, however, when he struck the post from Salah's pass.

Chose a good time to score his first goals since January. Took his first well, leaving Pogba on his backside and powering an unstoppable header beyond Henderson, then reacted quickest to convert his second after Alexander-Arnold's shot had been parried.

Looked lively after coming off the bench but did not really influence the game.

Kept things moving for the visitors in midfield.

Handed a late cameo when he replaced Salah.

Haaland, Sancho at double as Dortmund romp to cup win