Last Updated: 13/05/21 7:05pm Robert MacIntyre produced an incredible start and superb finish to move into a share of the halfway lead at the Betfred British Masters. MacIntyre birdied his opening fiv 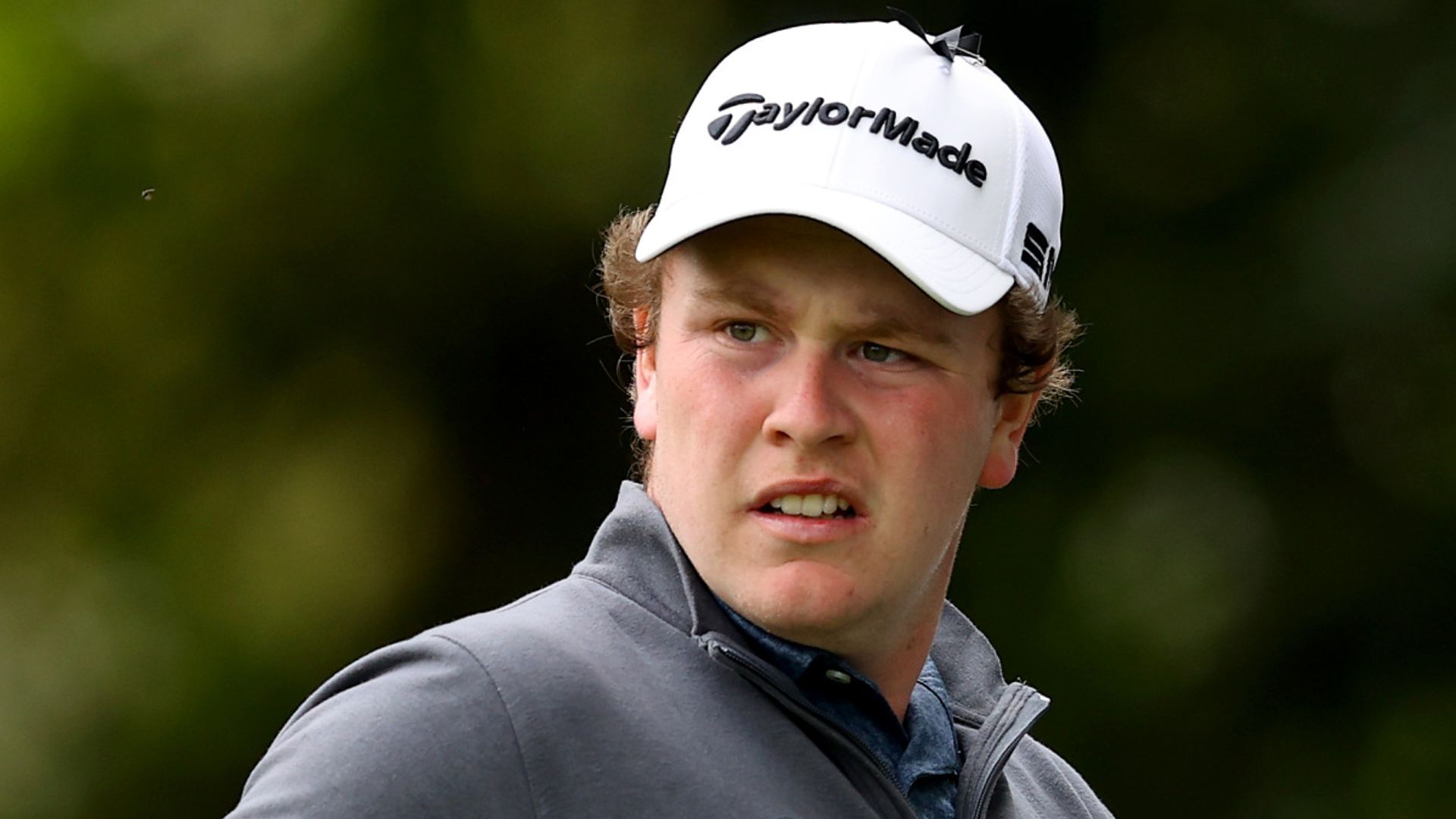 World No 45 Robert MacIntyre posted a six-under 66 at The Belfry to join Calum Hill and Richard Bland on seven under at the top of the leaderboard; 2018 champion Eddie Pepperell is a shot off the pace and tournament host Danny Willett four behind

Robert MacIntyre produced an incredible start and superb finish to move into a share of the halfway lead at the Betfred British Masters.

MacIntyre birdied his opening five holes on his way to a six-under 66 in testing conditions at The Belfry, also finishing his round with back-to-back birdies to join compatriot Calum Hill and veteran Richard Bland on seven under.

The world No 45 holed a 25-footer at the second and converted from 20 feet at both the fourth and fifth to find himself five under after five holes, only to see his run ended when he bogeyed the sixth after sending his drive into the water.

MacIntyre, the highest-ranked player in the field, cancelled out a missed six-footer to save par at the 12th by picking up a shot from a similar distance at the 14th, before posting a tap-in birdie at the par-five 17th and holing a 15-footer at the last to equal the lowest round of the day.

Hill, a shot off the pace after the first round, followed a two-putt birdie at the par-five third by chipping in from off the next green to move to seven under alongside Bland, who had set the clubhouse target with a bogey-free 69.

The world No 135 responded to a wayward drive and resulting bogey at the eighth by making back-to-back birdies from the 10th to move into the outright advantage, only to make a three-putt bogey on his final hole to close a two-under 70 and drop back to seven under.

Bland, looking to land his first European Tour title at the 478th attempt, missed birdies opportunities from inside 10 feet on each of his first three holes, before making a close-range gain at the par-three seventh and holing a 12-footer at the 10th.

"Of course we're all here to win and if I could do that, at such an iconic event as the British Masters, that would be all your Christmases coming at once I think," Bland said. "If I can just keep playing the way I have been playing and the speed improves on the green, hopefully come Sunday afternoon I should be there or thereabouts."

The 48-year-old drained a 25-footer at the 12th and closed his round with a run of pars, extending his bogey-free start to the tournament, while 2018 champion Eddie Pepperell is a shot off the halfway lead after four birdies in a five-hole stretch helped him to a 68.

Justin Harding and France's Julien Guerrier are alongside Pepperell on six under, while tournament host Danny Willett bogeyed three of his last four holes to slip five off the pace alongside overnight leader Matthias Schwab, who struggled to a three-over 75.

Willett's 2016 Ryder Cup team-mate Chris Wood also sits on three under despite bogeying his final three holes, while former world No 1 Martin Kaymer missed the cut after rounds of 74 and 76.