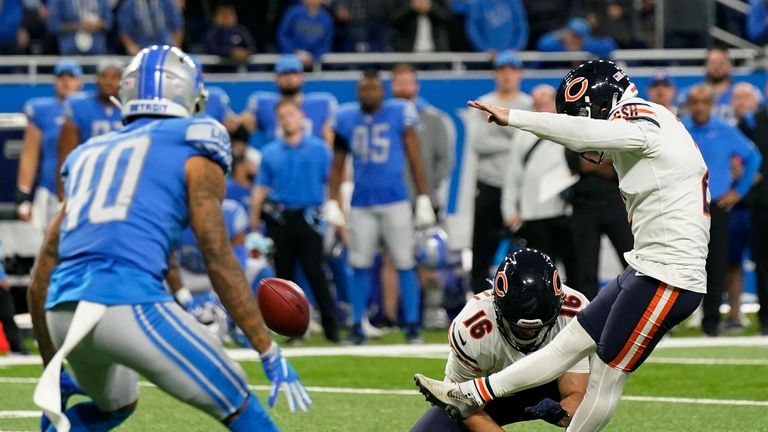 Cairo Santos kicked a game-winning field goal as time expired to see the Chicago Bears snap a five-game losing streak and keep the Detroit Lions winless as they edged their Thanksgiving Day clash 16-14.

Bears quarterback Andy Dalton completed 24 of 39 passes for 317 yards and a touchdown (and one interception). Darnell Mooney was Chicago's leading receiver, catching five passes for 123 yards.

Dalton and Mooney connected on a 52-yard strike to help set up Chicago's first touchdown in the second quarter, with Jimmy Graham hauling in a 17-yard score in the next play to put the Bears up 10-7. 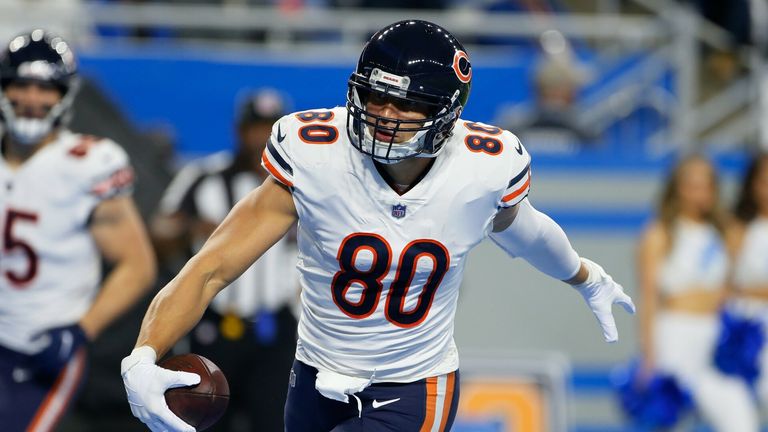 They stretched that lead to 13-7 by half-time, with Santos successful with the second of his three field goals in the game, but the Lions reclaimed the lead as Jared Goff picked out tight end T.J. Hockenson for a 17-yard TD in the third quarter. 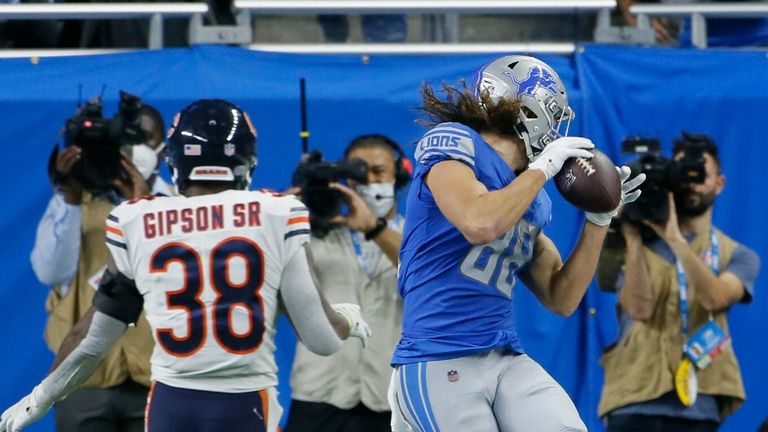 Goff completed 21 of 25 passes for 171 yards and two touchdowns, with the other - a 39-yard scoring strike to Josh Reynolds in the first quarter - opening the scoring on their first possession.

Generally, though, the Detroit offense struggled throughout. The team lost leading running back D'Andre Swift to a shoulder injury in the second quarter.

Santos, who missed with a 53-yard field goal attempt midway through the third quarter, got the chance to redeem himself as Chicago drove down the field in the fourth quarter to set up the game-winning kick.

The Bears controlled the ball for all of the last eight minutes and 30 seconds of the clock, a drive spanning 18 plays and including costly penalties called against the Detroit defense. The Lions (0-10-1) next get a chance to earn their first win of the season when they host the Minnesota Vikings (5-5) in another NFC North divisional matchup in Week 13.

The Bears (4-7), meanwhile, are also at home against the NFC-leading Arizona Cardinals (9-2) on Sunday December 5.

UK urgently brings in travel restrictions to stop spread of &#039;the worst COVID...

Wise to take precautions against this really nasty COVID variant