Lijnders: Keita lucky to only suffer bruising after Pogba tackle

Naby Keita suffered bruising following Paul Pogba's tackle but was lucky the injury was not more severe, according to Liverpool assistant Pep Lijnders. Pogba was shown a straight red card during Manch 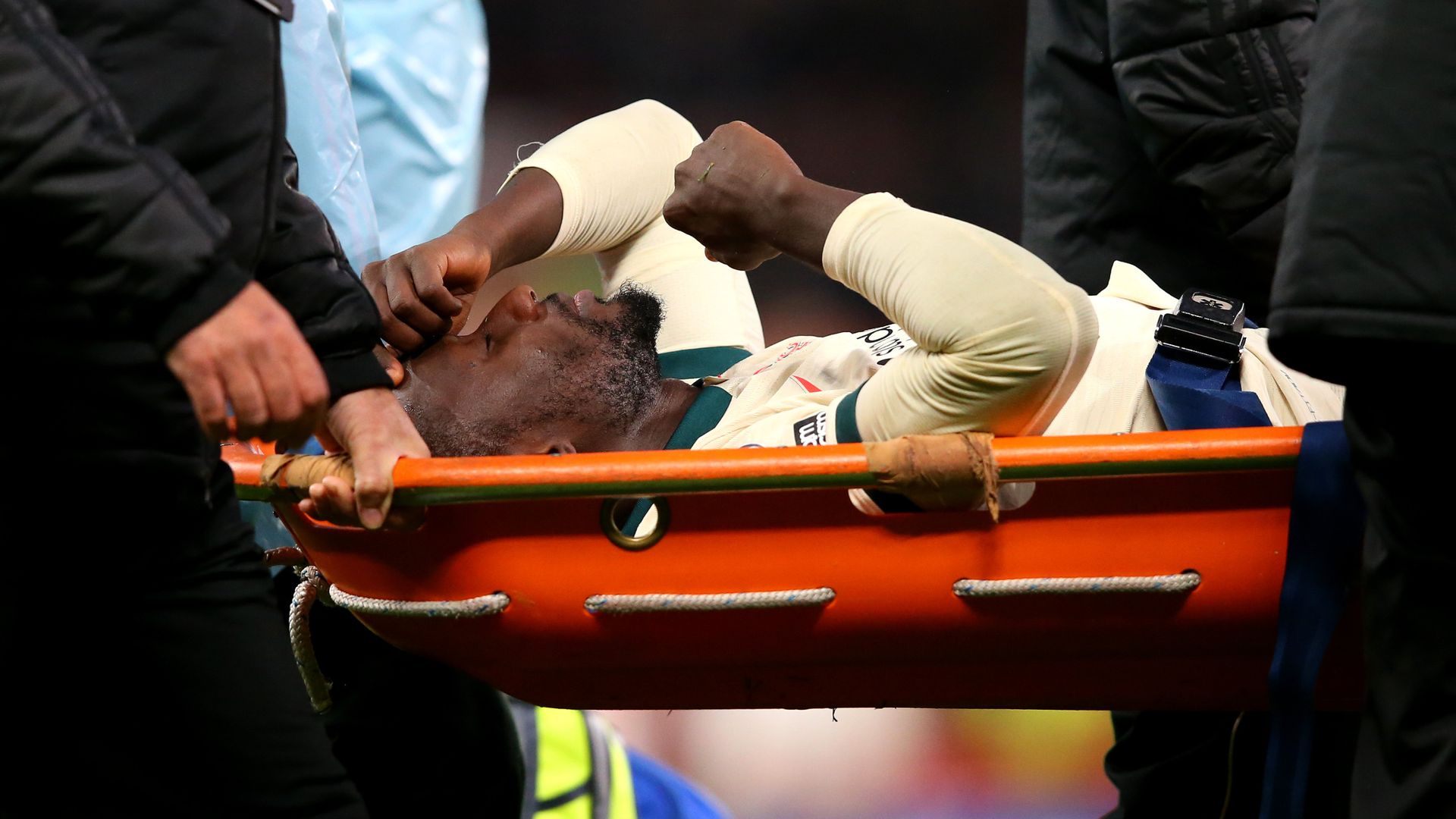 Naby Keita suffered bruising following Paul Pogba's tackle but was lucky the injury was not more severe, according to Liverpool assistant Pep Lijnders.

Pogba was shown a straight red card during Manchester United's 5-0 defeat[1] to Liverpool following a VAR review for his tackle on Keita, who left the pitch on a stretcher.

Speaking ahead of Liverpool's Carabao Cup fourth-round match at Preston, live on Sky Sports, Lijnders said: "I think we should speak about VAR because it's a major advantage in my opinion to protect players after what happened there, to look back.

"We always discuss and sometimes we whine about the referee or performance of VAR, but this is exactly why it's there, to protect our players.

"That's what I really liked. It was a bad tackle, but luckily Naby's foot was not on the ground. It's just a bruise, it could have been much worse if his foot was in the grass. We'll take it day by day, but a bruise is painful of course."

'Assistant' Milner out until international break

Lijnders also provided an injury update on James Milner, who came off with a hamstring injury at Old Trafford.

"Milly felt his hamstring getting tight, but then [Mason] Greenwood went down the line, and he [Milner] always puts the team above himself and went for the sprint knowing he wasn't right, to stop the counter-attack," Lijnders said.

"It says a lot about his willpower and how he always puts the team first, and that's when the big injury came. It looks like he's out until the next international break.

"We spoke already with him and he has a very important role to play. My title is assistant manager but you could give that title to James Milner as well, because he is the connection between this group - he is very vocal and sets standards."

Lijnders added: "Thiago is still not available, but progressing well on the pitch. Brighton could be close but probably not. He's almost back which is really important for us.

"Fabinho we assess him day by day, he's not ruled out on the weekend but he's ruled out for tomorrow."

In the latest edition of Ref Watch[3], former Premier League referee Dermot Gallagher looked at three incidents from Old Trafford and considered whether Cristiano Ronaldo should have Paul Pogba from the field.

On the Pogba sending off, Gallagher said: "It's definitely the right decision. The referee sees it as a yellow card because of where he is on the pitch, but when you see it back Pogba clearly goes over the ball, arrives from distance, and makes contact with Keita's studs, and when you come from distance you gather intensity.

"The fact Keita had to leave the field on a stretcher showed how bad a tackle it was, Pogba was quite rightly sent off."

Queen back to virtual royal duties after hospital stay for &#039;preliminary investigations&#039;