Virgil van Dijk sustained a season-ending injury which sparked the unravelling of Liverpool's Premier League title defence on their last trip across Stanley Park, but the Reds righted a few wrongs with a 4-1 victory this time around - their biggest at Goodison since 1982.

"It was, for sure, the best performance we've shown since I've been at Liverpool at Goodison," Klopp said.

The German claimed Wednesday's performance was the latest example of how Liverpool have evolved under his watch into the ruthless force which can rise to any occasion.

"It doesn't mean anything for the future, but it shows this is our benchmark, this is the level we have to reach to overcome these teams." 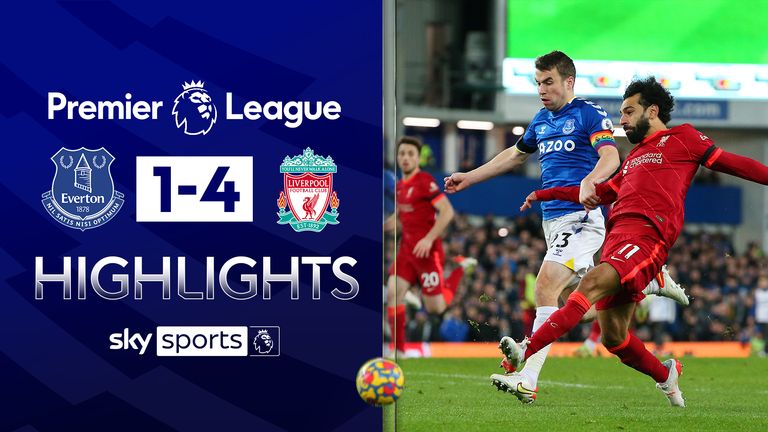 FREE TO WATCH: Highlights from Liverpool's win against Everton in the Premier League.

Klopp was equally impressed with Liverpool's ability to handle their emotions on an emotionally-charged night under the Goodison lights, especially given their grievances with the injuries Van Dijk and Thiago Alcantara sustained at the hands of the Toffees last season.

"We are a very emotional football team, but first and foremost you need to have the right mood and mindset," Klopp explained. "Emotions are good, but they are not the most important thing.

"The two derbies for us, against Everton and Manchester United, are big games. We have to learn how to keep ourselves calm and together if you want to play your best football.

4 - Liverpool have scored four goals in an away league match against Everton for the first time since a 5-0 win in November 1982 under Bob Paisley. Rampant.

"I told the boys that whatever happened in the past they had to be 100 per cent honest and, when I look back, there was not one derby at Goodison where I thought: 'wow, that was a great game, nearly perfect'. So there was a lot of space for improvement. I wanted us to be really mature, very aggressive in a football way, angry as well, but in a football way.

"You cannot win the ball back or counter-press without anger or a bit of greed, but there are also moments where you have to pass the ball around their formation. For that, you need a different mindset, and that is what we had tonight."

Defiant Rafa not fearing for his job 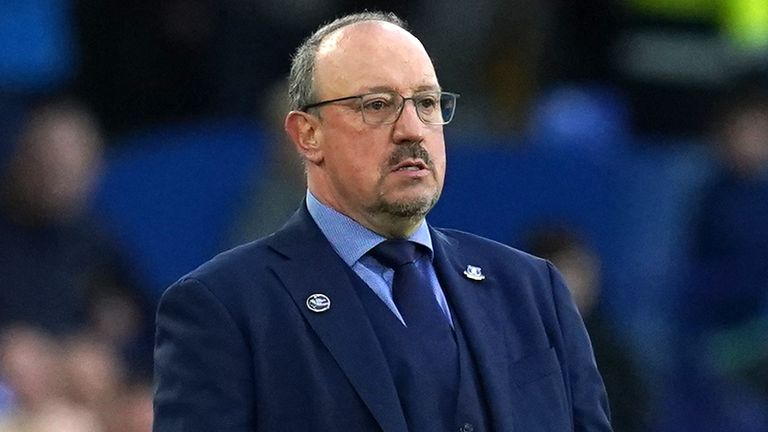 Everton boss Rafa Benitez says everyone is disappointed and mistakes cost them in the 4-1 Premier League defeat against Liverpool.

Two goals from Mohamed Salah were sandwiched between Jordan Henderson's opener and Diogo Jota's 79th-minute strike as Everton's winless run extended to eight games after being completely outclassed in their own backyard.

Demarai Gray had briefly made it 2-1 just before half-time - their first goal in a month - but in reality, the gulf in class and application was huge and when the fourth goal went in, home supporters streamed for the exits.

Everton have taken just two points from a possible 24 and failed to win a home derby in more than 11 years. The problems are piling up for Benitez but he tried to remain positive and hopes when the likes of striker Dominic Calvert-Lewin and defender Yerry Mina eventually return from injury, things will improve.

"Everybody has to be disappointed because we have lost the derby," he said. "But we lost because we made mistakes against a top side.

"We gave them the chance to score, against any other team maybe it would not be so bad, but against a top side with top-class players, you suffer and pay for that.

"I have to take the positives and the positive of this team is at the beginning of the season everyone was so happy, with the commitment and the way we were playing and winning. We have to go back to this first phase.

"We were losing players for injuries and now we have to get these players back and we will have more competition in the team, and we can play at the level before."

Asked whether he thought Everton's heaviest home derby defeat in 39 years would affect his position, Benitez added: "No. I am a professional and have enough experience. I can see when a team is giving everything. The commitment of the players is here.

"We have to analyse and see the commitment, desire and intensity. Today we made mistakes. As a manager you're expecting your players to give everything on the pitch."