Senior Boxing Journalist @JamesDielhenn[1] Last Updated: 29/11/20 12:17am Joe Joyce damaged Daniel Dubois' left eye and stopped him in the 10th round of an intriguing clash between unbeaten British he 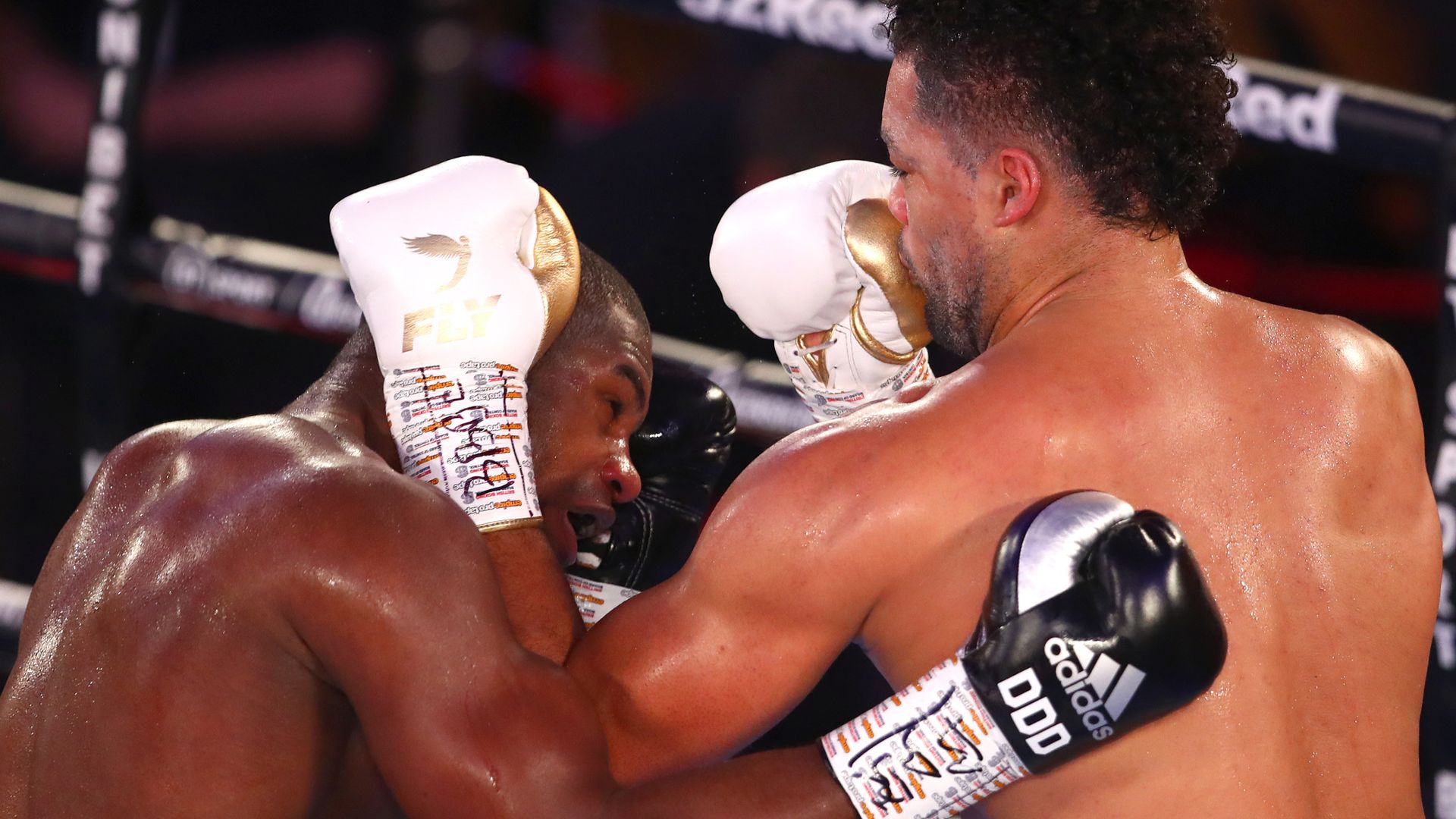 Joe Joyce damaged Daniel Dubois' left eye and stopped him in the 10th round of an intriguing clash between unbeaten British heavyweights in London on Saturday.

Joyce thudded a ramrod jab onto his rival's badly swollen eye, sinking Dubois dramatically to one knee. When he rose again, the referee immediately called the fight off.

The vast experience of Olympic silver medallist Joyce ultimately trumped the prodigious punch-power of Dubois, who is 12 years younger, after their crossroads fight which had the British, European and Commonwealth titles at stake.

Dubois, aged 23, had previously romped to 14 knockouts in 15 victories but he was kept at the end of Joyce's jab and eventually wilted.

Dubois' difficulty in avoiding the jab was evident from the earliest exchanges - Dubois opened up to demonstrate his power in the second and when they clinched, the younger man exploded out to land hurtful shots.

Dubois then sunk in a right hand in the third round but Joyce, famed for his chin, absorbed it and controlled the rest of the round from behind his jab.

The fourth was all about Joyce's jab and Dubois ended it with a swollen and marked face.

The pre-fight consensus was that Dubois' hopes lay in the first few rounds but he reminded Joyce of his dangerousness in the fifth, landing a right then a left hand.

By the halfway point, Dubois' left eye was badly swollen and he had already been tested more than in all of his previous fights combined.

As the rounds wore on, the damage around Dubois' left eye only worsened and the fight slowly ebbed into the favour of Joyce, whose pre-fight prediction was to win the fight in the later rounds.

Seconds into the 10th, Joyce landed yet another thudding jab and Dubois suddenly sank onto one knee.

Although he got up, there was no complaint from him when the referee stopped the fight.

The underdog Joyce, aged 35 and now unbeaten in 12 with 11 stoppages, went home with British, European and Commonwealth titles but more crucially a boost to his world title ambitions.

Dubois had been ranked at No 2 with WBO, the governing body that recognises Oleksandr Usyk as the mandatory challenger to the belt held by Anthony Joshua.

Joshua will defend his IBF, WBA and WBO titles against Kubrat Pulev on December 12, live on Sky Sports Box Office.

He then plans to fight WBC champion Tyson Fury in 2021 but Usyk will lobby for his mandatory fight, and now Joyce is a new addition to the mix.