Jose Mourinho does not think Tottenham will lose 5-4 to Everton again when the sides meet in the Premier League on Friday Night Football. Everton came out on top in a nine-goal FA Cup classic[1] again 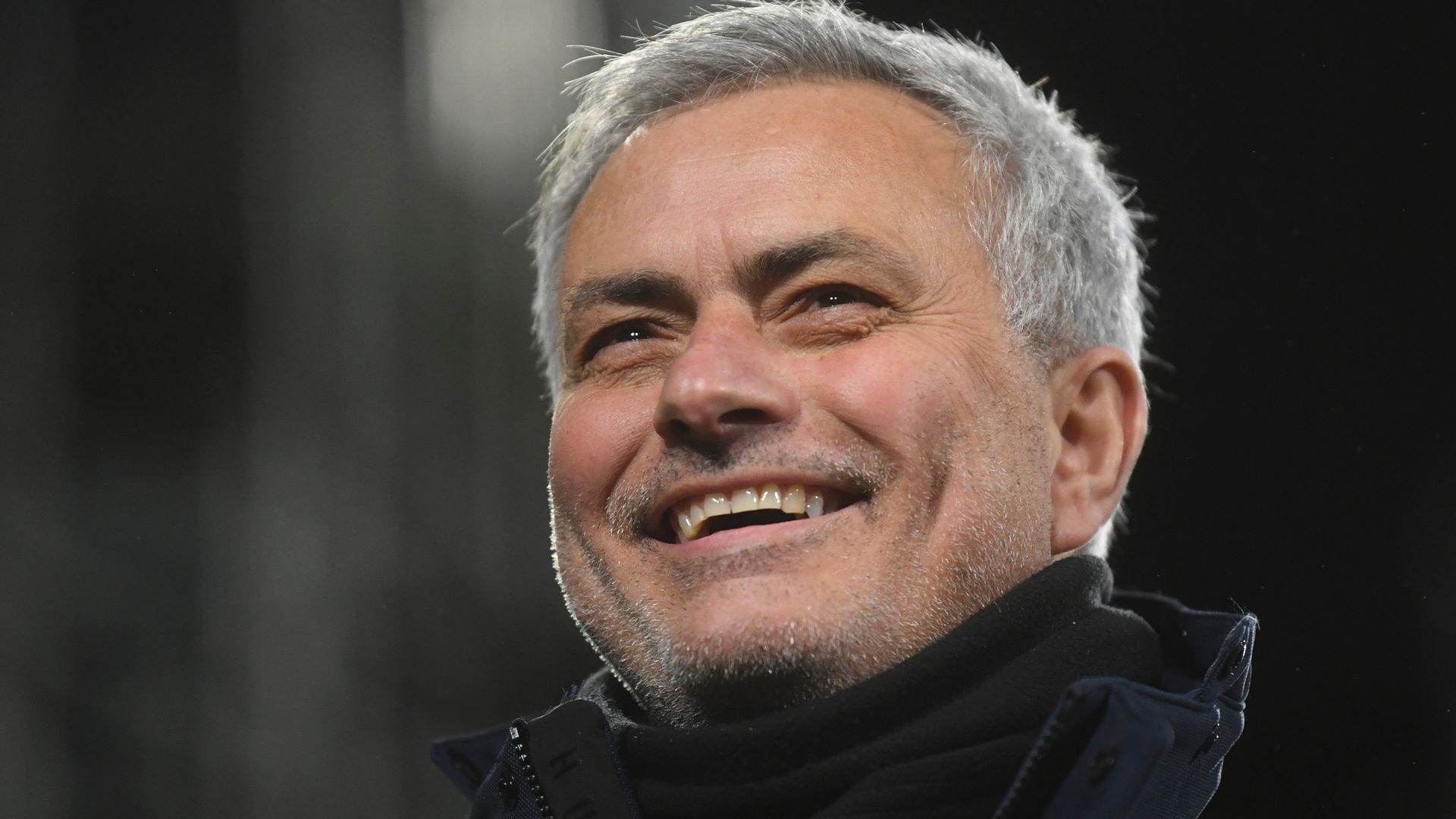 Jose Mourinho does not think Tottenham will lose 5-4 to Everton again when the sides meet in the Premier League on Friday Night Football.

Everton came out on top in a nine-goal FA Cup classic[1] against Spurs to reach the quarter-finals with a thrilling and chaotic 5-4 extra-time victory back in February.

It marked the highest-scoring FA Cup game between two top-flight teams since February 1961 and the first time a Mourinho side has both scored and conceded at least four goals in a single game.

However, Spurs boss Mourinho does not feel history will repeat itself this time around, with both clubs looking to secure a top-four finish and qualify for next season's Champions League.

Mourinho's side are seventh on 49 points with seven games left - five points off fourth-placed Chelsea - while Carlo Ancelotti's Everton are sat in eighth on 48 points, but have played a game less than both Spurs and Chelsea and have eight games remaining.

"That game of 5-4, I can only say that if you score four goals, you have to win," Mourinho told Sky Sports. "Carlo would probably say a team that scores five cannot win struggling like they were.

"If you score five, you have to win 5-0 or 5-1. If you score four away from home, you need to win it comfortably. Of course I would love to score four goals like we did in the cup match, but we need to concede less, much less!

"Carlo will have similar feelings. We are of course coaches with a lot of experience and we know what our teams need. The teams have to be balanced in their qualities.

Spurs striker Harry Kane, who is expected to tell the club he wants to leave if they fail to qualify for the Champions League next term[2], will reach 20 Premier League goals for the season if he finds the back of the net at Goodison Park on Friday.

It would mark the fifth time he will have reached 20+ Premier League goals in a single campaign.

Despite the ongoing speculation over Kane's future[3], Mourinho was asked if he thought the 27-year-old would go on to break Shearer's record, saying: "I think so.

The lowdown on Harry Kane's future, plus Manchester United's fruitful 2021 and the top-four race are discussed on the latest Pitch to Post podcast...

From player and manager interviews, to verdicts from pundits, reporters and journalists, you'll hear the inside stories from around the Premier League on the Pitch to Post podcast.