Last Updated: 14/11/20 11:04pm Dustin Johnson separated himself from the field as he cruised into a commanding four-shot lead after the third round of the 84th Masters. Johnson underlined his status a 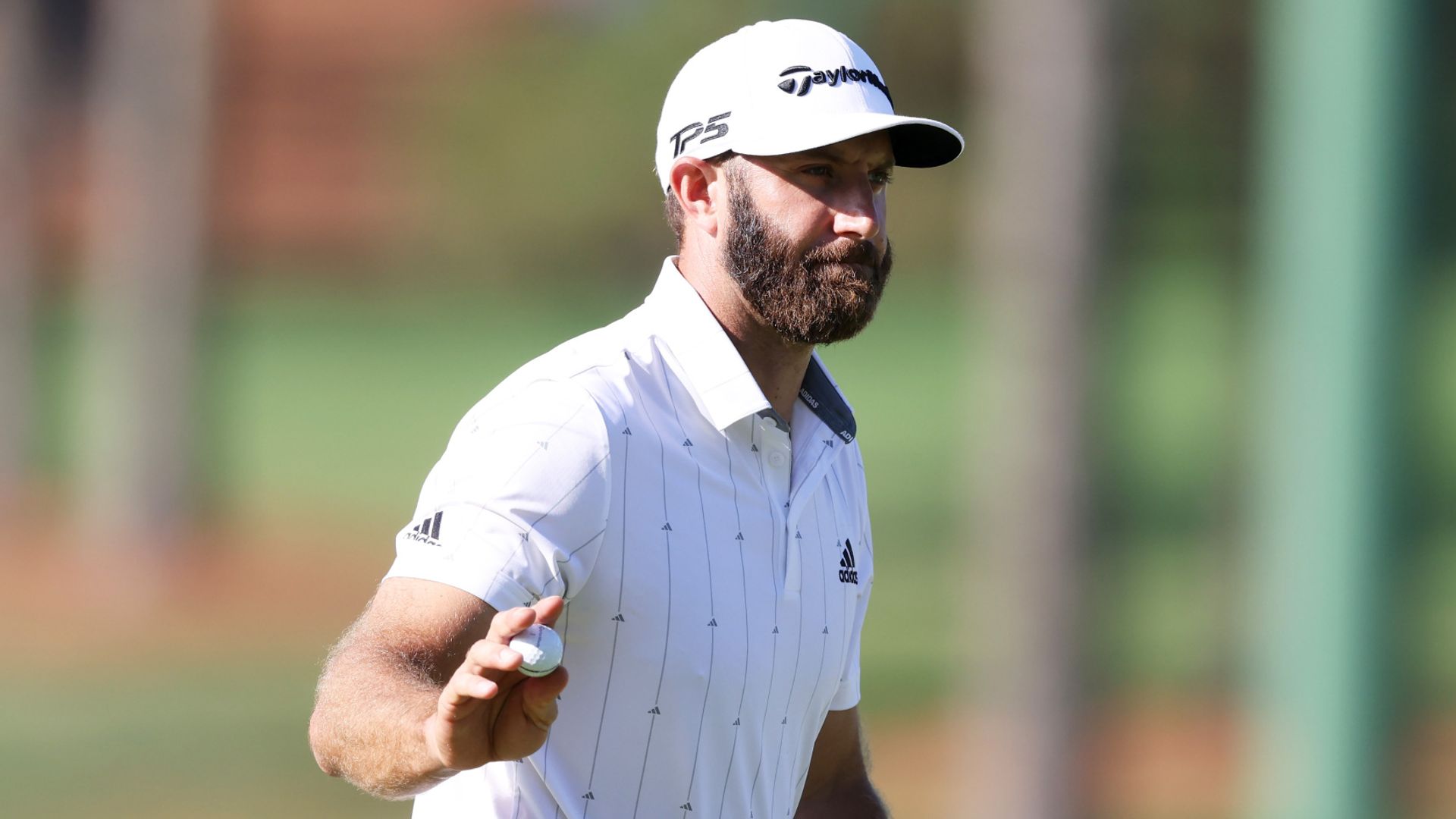 World No 1 fires third-round 65 to reach 16 under and edge closer to the Green Jacket as Jon Rahm and Justin Thomas falter on the third day at Augusta National; Rory McIlroy fires a 67, but is eight behind

Dustin Johnson separated himself from the field as he cruised into a commanding four-shot lead after the third round of the 84th Masters.

Johnson underlined his status as the No 1 golfer on the planet with a seemingly-effortless seven-under 64 that swept him to 16 under and within sight of setting a new tournament-scoring record at Augusta National.

The second round concluded on Saturday morning with Johnson tied for the lead on nine under along with Jon Rahm and Justin Thomas, the first time in major history that the world's top three players in the rankings had shared the lead after any round.

But Rahm's challenge stalled with a double-bogey seven at the eighth, while Thomas dropped three shots in four holes on the back nine to leave Sungjae Im, Abraham Ancer and Cameron Smith as Johnson's closest rivals going into the final day.

Rory McIlroy[1] continued his impressive fightback from his opening 75 as a 67 got him to eight under, although he insisted he had "zero thoughts" of catching Johnson on Sunday, while defending champion Tiger Woods[2] endured a long 26 holes on day three and will be presenting the Green Jacket to a new champion in the Butler Cabin.

Johnson had the luxury of enjoying a leisurely Saturday morning while waiting for the second round to conclude, with Rahm making a five-foot putt for birdie on the 13th with his opening shot of the day to join overnight-leaders Johnson, Smith, Ancer and Thomas on nine-under par.

Rahm was unable to snatch the outright lead as he closed with five straight pars to post a 66, while Woods closed out a solid 71 to be just four behind at the halfway stage and pre-tournament favourite Bryson DeChambeau made the cut with nothing to spare on level par.

DeChambeau birdied 13, 14 and 16 before he bogeyed the final two holes to leave himself an anxious wait to see if he would be required for the final 36 holes, and he revealed he had been suffering from spells of dizziness which prompted him to undergo a coronavirus test on Friday evening.

With the second round finally in the books, it was Johnson who seized control of the tournament over the early stages of the third round, drilling a stunning second to tap-in range for eagle at the second which he followed with a birdie at three and a 30-foot putt for another at the fourth.

Johnson picked up another shot at the seventh, and Rahm's challenge came to grief on the long eighth when he topped a fairway-wood with his second, scuffing it left and into the pines, and his attempt to pitch back into play resulted in his ball cannoning off a tree trunk and into the shrubbery.

The Spaniard's lapses led to a damaging double-bogey seven, while Johnson completed a serene, outward 31 and barely missed a shot as he reeled off a series of stress-free pars and added further birdies on 13 and 15.

The 2016 US Open champion missed a good chance to extend his lead at the next, and he atoned for a blocked approach to the last with a well-judged putt from off the green which he finished off for par and his second 65 of the week.

Im maintained his hopes of becoming the first Asian Masters champion with a 68 that included one of the shots of the day, a sublime chip-in for birdie at the tough 11th, and he was first into the clubhouse on 12-under par.

That score was matched by two members of the final group, Smith and Ancer both carding resolute rounds of 69, while Thomas was troubled by inconsistency down the stretch as he stumbled to three bogeys in four holes while limiting the damage with birdies at the 13th and 16th.

But Thomas erred again at the last to sign for a 71 which left him six shots adrift of Johnson and one behind South African Dylan Frittelli, who returned a bogey-free 67 to ensure a place in the top five after 54 holes - an impressive performance in only his second appearance at Augusta.

Rahm repaired the damage of the eighth hole with birdies at 14 and 15 before a bogey at the last added up to a 72 which left him at nine under alongside 2018 champion Patrick Reed, who finished his 71 with back-to-back bogeys.

McIlroy was again left to reflect on his wayward opening round and admitted that making up eight shots on Johnson on the final day was an unlikely prospect, while fellow four-time major winner Brooks Koepka (69) and Ryder Cup team-mate Tommy Fleetwood (71) rounded off the top 10 with Hideki Matsuyama.

The UK's former cyber security chief has raised the alarm over the sale of a Welsh...