Jeremy Corbyn has demanded more money for schools at an education conference in London today.

Parents and teachers gathered in Westminster at the Together for Education event in Central Hall, where the Labour leader, councillors, and trade unionists are planning the next steps for a campaign against real-terms funding cuts.

Corbyn said: 'It's the involvement of the entire community in supporting our schools and our teachers that can make sure we can put the pressure on this Government in the Autumn spending statement to re-fund the schools properly so that we don't go into next year and yet another cut in spending per head within our schools.' 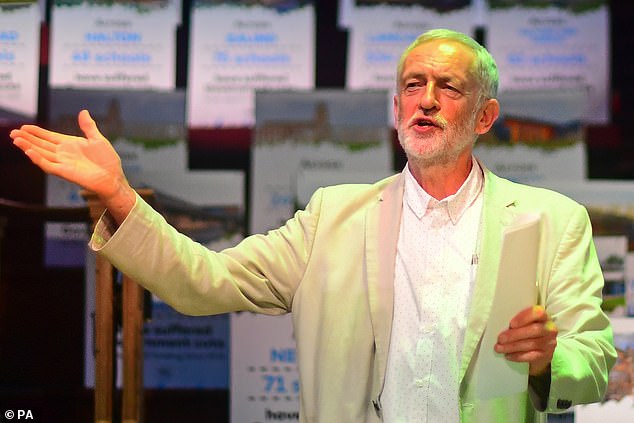 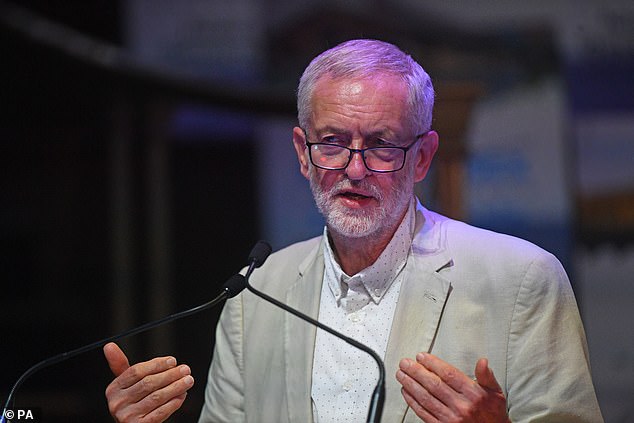 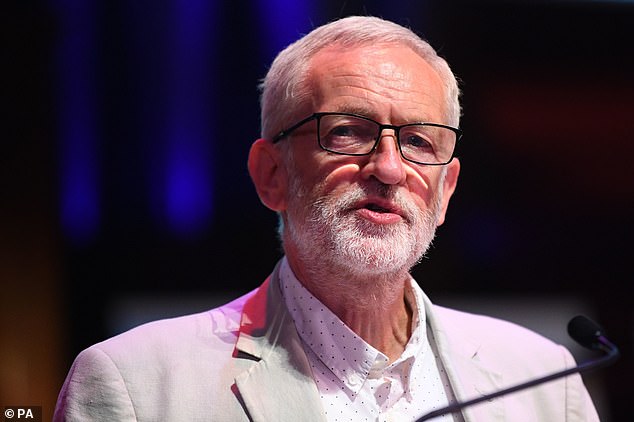 Corbyn added that more austerity would lead to greater inequality, underfunding and 'more and more underachievement'

He added that continuing an economic policy of austerity will lead to greater inequality, underfunding and 'more and more underachievement' especially for those from the poorest backgrounds or with special needs.

Sadiq Khan, who also addressed the rally, agreed, saying things must change for education funding under the next Tory leader.

The Mayor of London said: 'Schools are at financial breaking point, teachers have been systematically undervalued, we have a great crisis in recruitment and retention, and teachers are having to spend their own money to ensure that children have the materials they need.'

Sharing what he described as 'good news' with the audience, he then declared: 'The next prime minister will not be Michael Gove.' 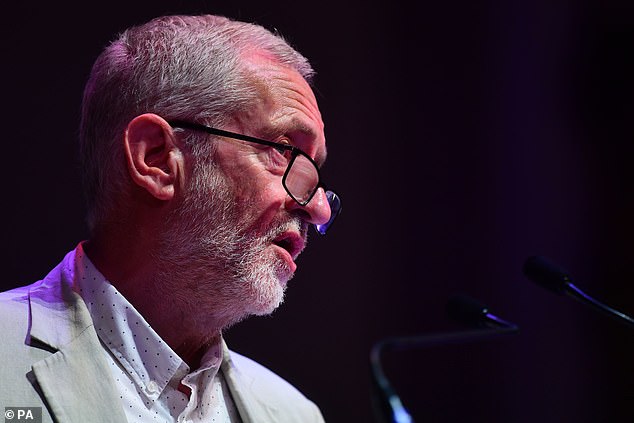 The comment about Gove, a former education secretary who was eliminated from the Conservative leadership contest earlier this week, was greeted with loud applause.

Khan added: 'My message to the next prime minister today is simple: enough is enough.

'This cannot continue. It's time to give our education system and the next generation the investment they deserve.'

Andrew Baisley, of the National Education Union, said school costs have risen by 7.5% in the last four years and that there are half a million more pupils than four years ago. 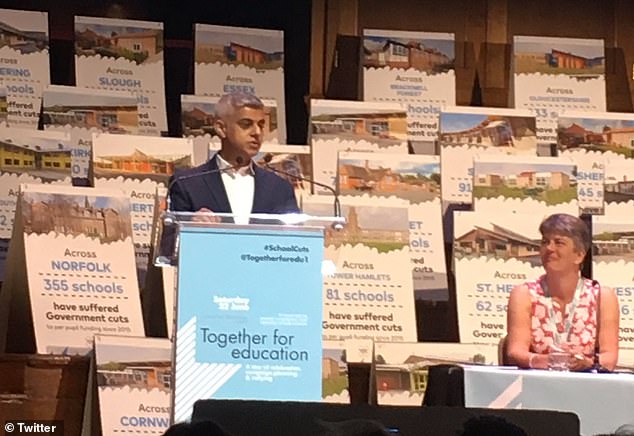 London Mayor Sadiq Khan, who also spoke at the conference in Westminster's Central Hall, said 'It's time to give our education system and the next generation the investment they deserve' 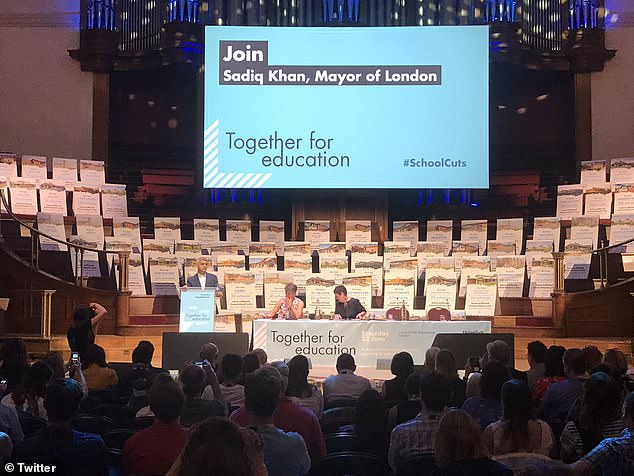 He said there is a £5.6 billion hole in education funding and that it is set to increase unless the Government changes its spending policy.

Speaking ahead of the rally, Kevin Courtney, joint general secretary of the National Education Union, said: 'Schools have lost out on £5.4 billion since 2015, with 91% of schools suffering a per pupil funding cut.

'Further Education Colleges and Sixth Form Colleges have lost out even more. 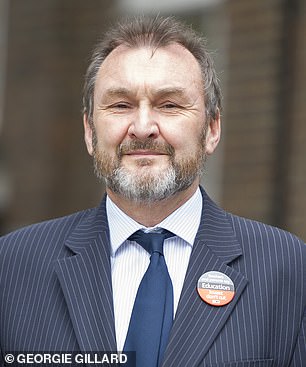 Kevin Courtney, joint general secretary of the National Education Union, spoke ahead of the conference of the 'cut-through power of this campaign'

'Promises to address school funding from Conservative Party leadership contestants, and rumours that the Prime Minister herself wants to give schools more money, demonstrates the cut-through power of this campaign despite the Government until this point consistently denying there is a problem.

'This conference will be addressing the ways headteachers, governors, MPs and parents can ensure we hold Government to account and get the money schools and colleges desperately need.'

A Department for Education spokeswoman said: 'There is more money going into our schools than ever before, and since 2017 we have given every local authority more money for every five to 16-year-old in every school and made funding fairer across the country.

'In addition, we have provided more high needs funding for children and young people with special education needs and disabilities, an increase from £5 billion in 2013 to £6.3 billion in 2019-20, including an additional £250 million announced in December in response to local authorities' and schools' concerns about the rising costs of provision.

'We recognise the budgeting challenges schools face and have introduced a wide range of practical support to help schools and head teachers, to help schools make the most of every pound on non-staff costs.' Rahm, DeChambeau out of Olympics after positive Covid tests