It seems a distant memory now, but when Chris Paul left the floor during the Phoenix Suns' Game 1 win against the Los Angeles Lakers clutching his right shoulder, the collective hearts of everyone in 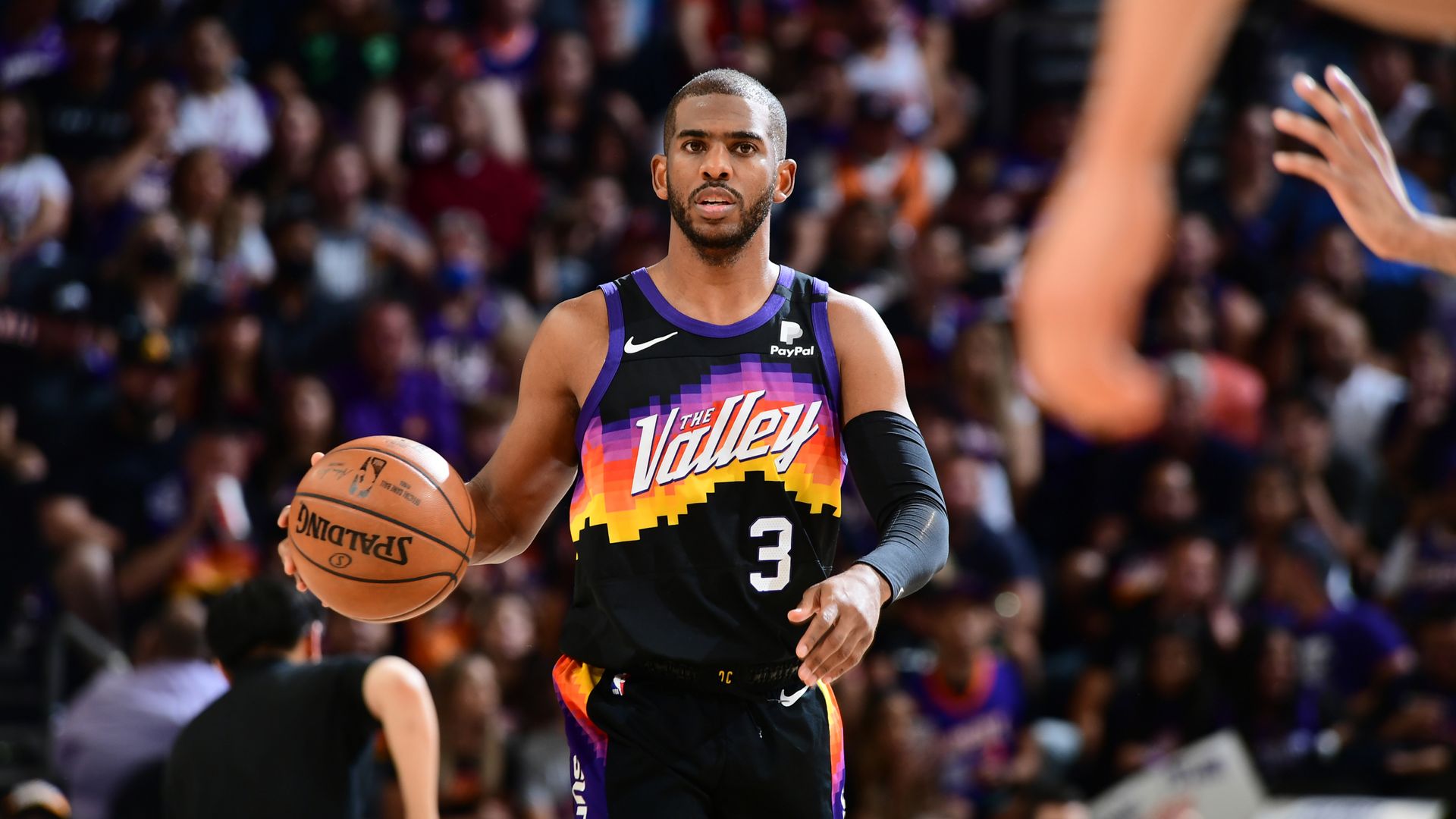 It seems a distant memory now, but when Chris Paul left the floor during the Phoenix Suns' Game 1 win against the Los Angeles Lakers clutching his right shoulder, the collective hearts of everyone in the arena, and most watching at home, sank.

We've been here with Paul before.

In the 2017-18 Western Conference Finals, and with the Houston Rockets 3-2 up in the series against the Kevin Durant Warriors, Paul went down with a hamstring injury. Houston lost Game 6 and Game 7 and that was that. It remains the only time in his illustrious career to date that Paul has even gotten that close.

A similar thing happened in 2014-15, after he had hit a ridiculous, hobbling, off-balance floater over both Tim Duncan and Danny Green to take Game 7 in the first round against the San Antonio Spurs. He missed the first two games in the semi-finals against the Rockets (who he would later join via trade) with the very injury that caused his last-gasp heroics, never quite looked himself and the Clippers were bounced in seven.

The following season, Paul broke his hand in Game 4 of the first round against the Portland Trail Blazers, who consequently progressed in six.

It seems that whenever the 'Point God' has a team around of him capable of winning a championship, injury strikes. In 12 post-season appearances he has never reached the NBA finals. Until this year, that 3-2 Finals lead against arguably the greatest basketball team ever assembled seemed like the closest he would ever get to a ring.

Even as Phoenix finished as the second-best team in the league this season, posting a 51-21 record, they were handed the unenviable task of toppling the reigning champion Los Angeles Lakers in the first round. History seemed to be repeating. They won Game 1 behind 34 points from Devin Booker and Deandre Ayton's dominance on the boards but it came at the cost of Paul's health.

The Lakers promptly levelled the series in Game 2, with Paul scoring only six points with five assists, before taking a 2-1 lead in Game 3, with Phoenix's point guard once again feeling the effects of his shoulder and appearing unable to drive, shoot and finish properly.

The player who never, ever loses his handle was even starting to mess up off the dribble. Things weren't looking good.

Paul looked better with 18 points and nine assists in Game 3 to tie the series and ever since, the Suns haven't looked back (even if there were renewed shoulder fears in Game 5), winning five straight in the playoffs by an average margin of 21 points.

Now, against the Denver Nuggets, he has looked every bit his best self. And Paul's best self is a top-five point guard to ever play the game, in case you needed reminding.

Over the first two games, which Phoenix have won by 17 and 25 points respectively in utterly dominant fashion, Paul has dished 26 assists for just one turnover.

By comparison, the MVP Nikola Jokic has nine assists on six turnovers. Yep.

Of course it helps that Booker, Mikal Bridges and Jae Crowder are knocking down shots at a decent clip, and therefore stretching the floor for each other by doing so, but it's Paul's methodical playmaking that creates all these wide-open looks.

It is no coincidence that he is the only player in NBA history to have three games of at least 15 assists on zero turnovers, effectively doing it in three different eras too with the New Orleans Hornets in 2008, Clippers in 2014 and now the Suns.

Just to really hammer home the point, Magic Johnson had two such games. Nobody else in the history of the NBA has had more than one.

Excluding LeBron James, there is still nobody better at controlling the pace, flow and rhythm of a basketball game, particularly in the fourth quarter.

When things started to look chaotic in Game 7 as the Lakers pulled within 10, Paul hit two midrange buckets and threw a glorious pass out to Bridges as the defense collapsed in on him, leading to an easy three. Suddenly the lead was back up to 17 again.

Against the Nuggets in Game 1, he threw an assist for Dario Saric and then proceeded to hit four shots in a row, culminating in a step-back three-pointer that made the gap 16 and effectively tucked the game into bed, kissed it on the cheek and said "goodnight, sweet dreams".

Game 2 was the same story, with two effortless back-to-back threes over defenders as well as going a perfect 6-for-6 from the floor in the final period.

This is the thing with Paul: he can take over anytime he needs to. The selfless creation of shots for others often gives way for a minute in the clutch when he takes hold of the ball, ushers calm from everyone around and gets an easy basket or two. Usually at the exact moment he senses the other team are about to make a run.

In short, there is nobody on this earth you'd rather have close out games. Given that he now looks healthy, has a fantastic roster and coach alongside him, and is coming off the back of one of the best seasons of his career (at 36 years old no less), this might be it. His best shot, his last shot, whatever you want to call it.

It's often held against great players when they don't end their careers with a ring. Charles Barkley, John Stockton, Karl Malone and Patrick Ewing know that only too well. While this should never really be the case as circumstance plays a far weightier role than individual talent, Paul will give everything to ensure he isn't added to that list. He will get no better circumstances than this to scrub away any potential asterisk.

Give him the ball and get out of the way. Let's see what the Point God can conjure up this time down the floor with everything finally falling in his favour and into place.