By Jack Elsom For Mailonline Pu

Iran has executed a former Ministry of Defence official on charges of spying for the US government.

Jalal Hajizavar, an ex-contract employee for the aerospace arm of the defence department, was convicted of secretly working for the CIA, the IRIB news agency reported today.

A military court found him guilty after an investigation discovered documents and spying equipment at his home. 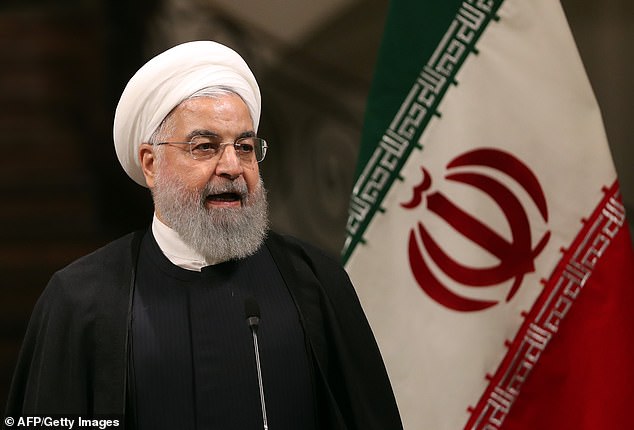 He was executed at the Rajai Shahr prison in Karaj, west of Tehran, without providing further details.

His death comes amid escalating tensions between Washington and Tehran.

Today, in what has been interpreted as a veiled threat towards the increasingly aggressive regime, Donald Trump said: 'Hopefully Iran is smart and cares about its people.'

The news comes as he announced a trip to the Camp David presidential retreat to consider his next moves against Iran.

This is a breaking news story. More to follow...

Boris grilled at Tory hustings after 'screaming row' with girlfriend

Jeremy Clarkson is AGAIN slammed for whinging about road...

Mike Tindall reveals miniature top hat was made of chocolate