Jeremy Hunt uses his loaf: Leadership contender kicks off final stage of battle to become PM by delivering bread and going for a run in Tory heartland

Jeremy Hunt will need a cunning strategy of the highest order to overhaul Boris Johnson and become prime minister and he got a head start this morning by using his loaf.

The Tory leadership outsider hit the ground running the day after he and his predecessor as Foreign Secretary were chosen to go head-to-head to become Conservative Party leader.

The 52-year-old, who has been pictured running on many occasions during the campaign to replace Theresa May, donned his sports gear for a jaunt around the  streets of Worcester early this morning.

Later he switched to a smart-casual combination of chinos, denim shirt and suit jacket to  help out at a bakery in the nearby town of Tenbury, including delivering loaves of bread. 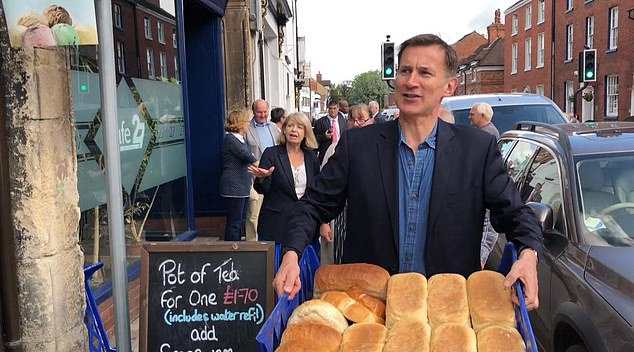 Nice buns: Mr Hunt posted a picture on Twitter showing him delivering bread this morning in Tenbury in Worcestershire 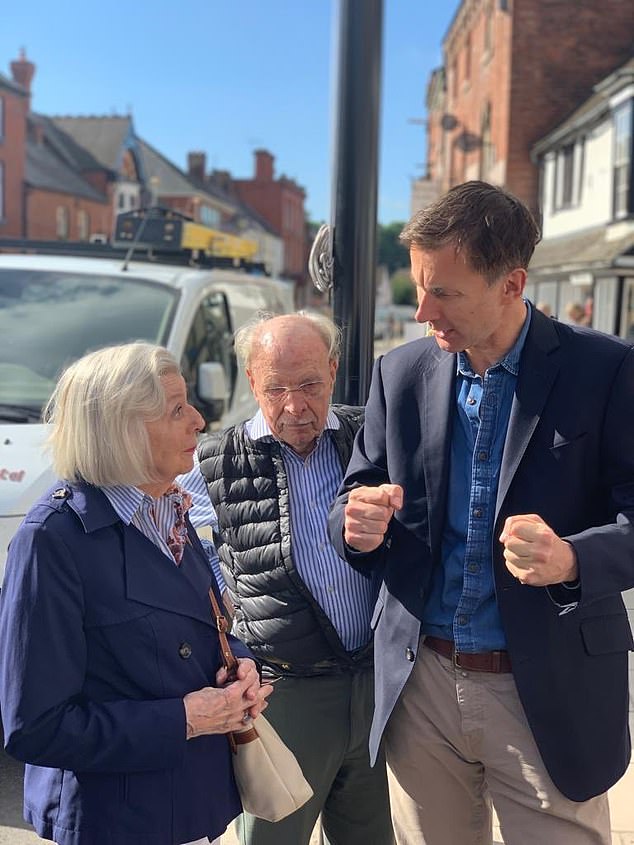 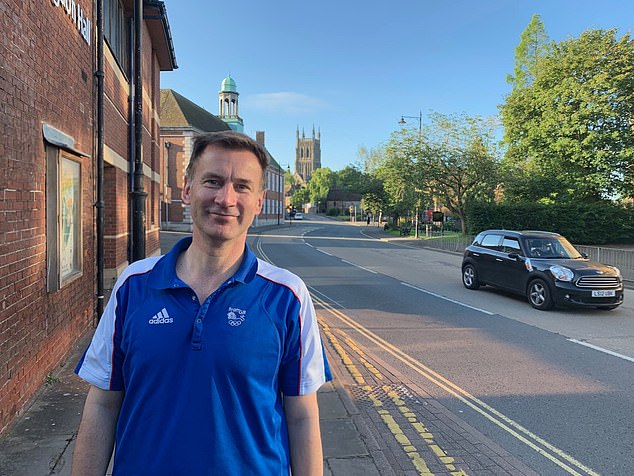 Running a distant second: Mr Hunt polled just 5.77 per cent in a recent poll of Tory members, while Mr Johnson was at 54.75 per cent 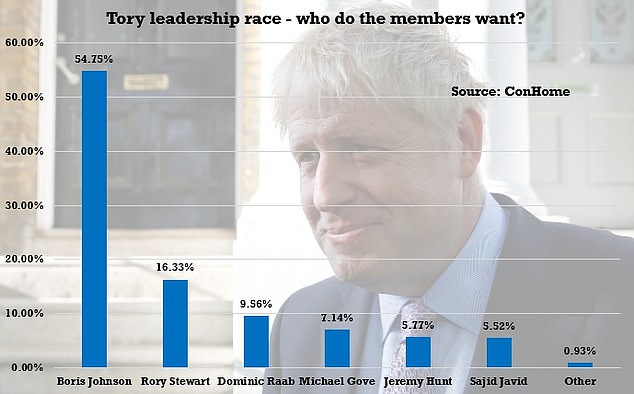 After his run Mr Hunt tweeted: 'Helped out at a bakery, visited a chocolate factory, and got a free haircut during my visit with Conservative members in Tenbury this morning. Thanks to (local MP) Harriett Baldwin and W Worcs members for great welcome...and sunshine!'

Later he went to Kidderminster where he visited Titan Steel Wheels to show off his business credentials.

He said: 'Vital that we make sure Brexit works for British businesses like Titan, and we turbocharge our economy so we can thrive for decades to come.'

The Queen breaks blue tradition at Royal Ascot with grey...

Boris Johnson's plans to cuts taxes for the rich would...

Inside Fuggerei in Germany, where the rent hasn't gone...