'I’ve been getting texts like you wouldn’t believe': Hunt and Gove scramble to woo Rory Stewart and his backers as Tory leadership race narrows to the final two today

Jeremy Hunt and Michael Gove are scrambling to woo failed Tory leadership hopeful Rory Stewart today as they vie to face Boris Johnson in the run-off.

The pair are desperately competing for votes as MPs whittle the field down to the final two - with the party membership then getting to decide the winner.

Mr Stewart was the latest candidate brutally ejected from the contest last night, after his support dropped dramatically to 27 in the wake of a bizarre performance in the five-way TV debate.

However, he has blamed 'dark arts' for his demise - with claims Johnson's allies propped him up to ensure rival Dominic Raab was evicted, and are now determined to prevent Mr Gove to getting through.

Cabinet minister Amber Rudd, who is campaigning for Mr Hunt, this morning urged Mr Johnson to condemn the 'game playing' by his fans.

Meanwhile, Mr Stewart could declare shortly who he is going to back. He said last night that former competitors had been in touch trying to win him over.

'I’ve been getting texts like you wouldn’t believe,' he joked. 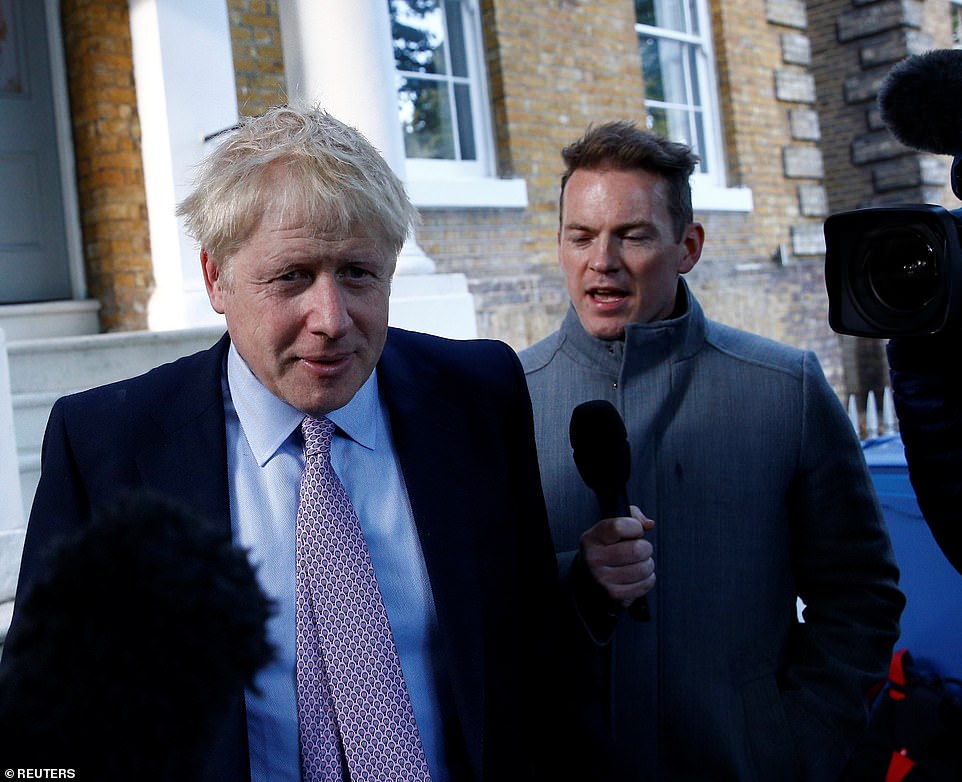 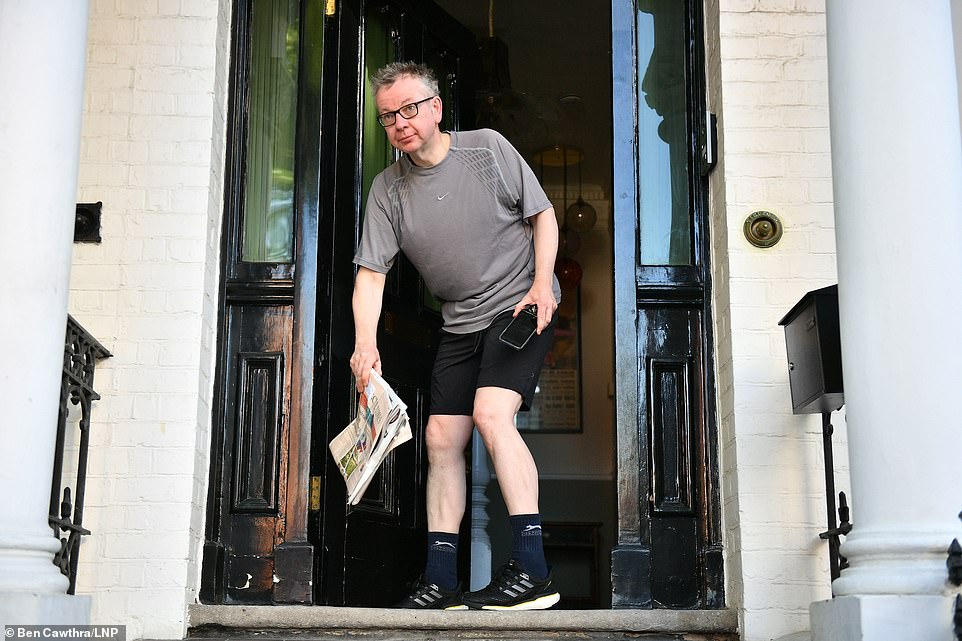 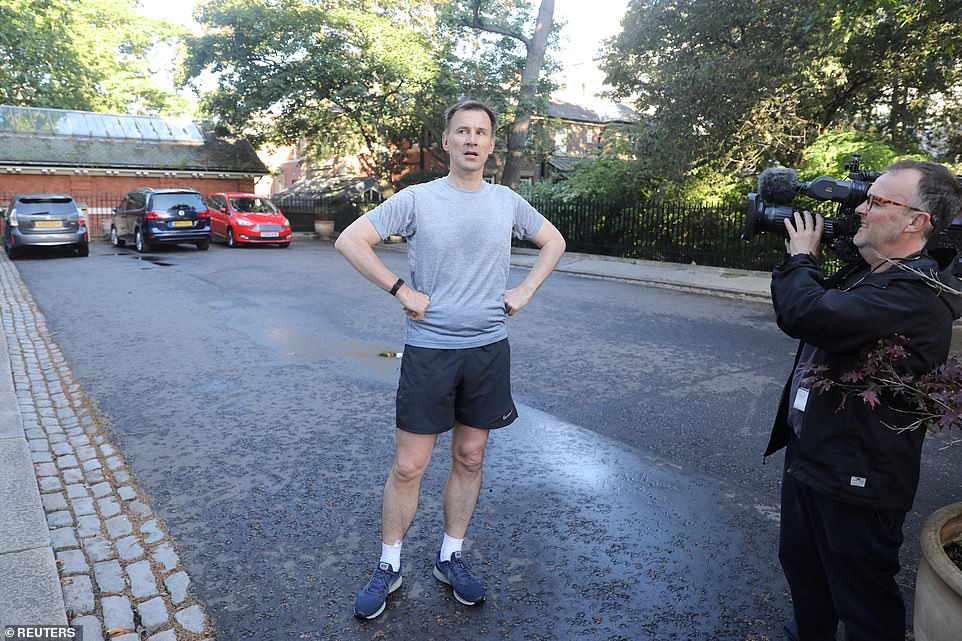 Mr Gove has never been forgiven for betraying Mr Johnson in the 2016 leadership contest.

And now MPs loyal to Mr Johnson are plotting the environment secretary's downfall, with one Johnson supporter saying they want him 'humiliated,' as reported by The Telegraph.

It comes as Bojo's team have also approached Sajid Javid - who came fourth in the ballot yesterday - to become chancellor, according to allies of the home secretary.

Yesterday, maverick leadership hopeful Rory Stewart was dramatically booted from the contest after coming last with just 27 votes - down from 37 on Monday - leaving four hopefuls left to fight it out.

Mr Johnson picked up support from Dominic Raab, who was evicted in the previous round, to increase his tally again from 126 to 143 - tightening his grip on the keys to Downing Street.

Finishing a disappointing fourth, Mr Javid insisted last night he was still in the race to become Prime Minister.

But Mr Johnson's team have already approached the home secretary and offered 'all sorts of jobs up to that of chancellor', if he drops out the race and backs Boris, as reported by The Times.

The remaining candidates not named Johnson are now desperately vying for Rory Stewart's backers, with pressure being put on them to support Mr Hunt to leave Mr Gove isolated.

Johnson supporters are thought to believe that facing Mr Hunt in the final two would be easier than taking on Mr Gove.

Many of Johnson's team have a 'visceral hatred' for the environment secretary and were directly accused by Mr Stewart of dirty tricks yesterday.

Speaking ahead of the vote, he told reporters the former defence secretary Gavin Williamson, who is organising Mr Johnson's campaign, was encouraging Johnson-supporting MPs to lend their votes to other candidates to manipulate the contest in a bid to determine who he would face in the final run-off.

'There are dark arts in politics and they're done with proxy votes, they're not done with someone saying 'would you please vote for this person'.'

Some Tory MPs last night said they suspected the Johnson camp of lending support to Mr Stewart in Tuesday's vote in order to get rid of Brexiteer rival Dominic Raab. 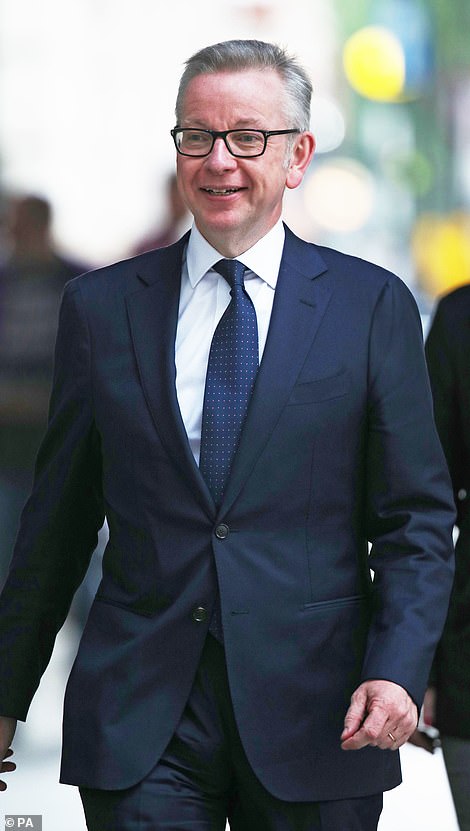 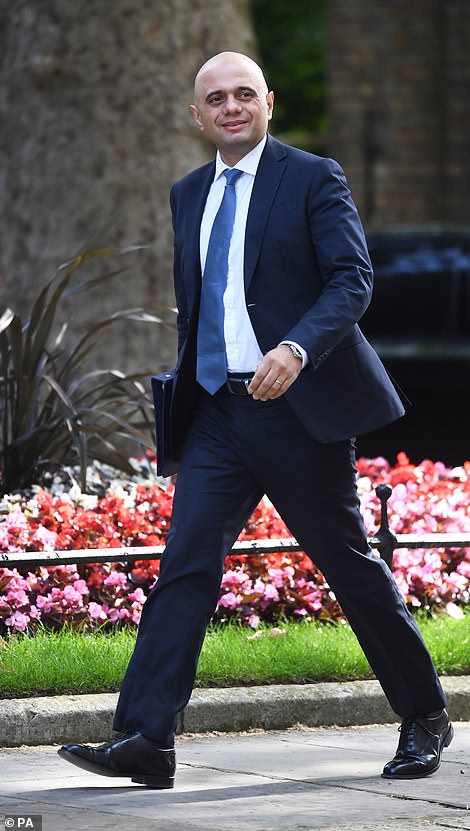 Michael Gove (pictured left, yesterday) has never been forgiven for betraying Mr Johnson in the 2016 leadership contest. It is thought Johnson's team have approached Mr Javid to be chancellor

Hero who smuggled himself into Auschwitz to reveal the...