Horrific moment two bloodied men attack each other with machetes

Horrific footage has emerged of two men attacking each other with machetes on a residential street in Lancashire today.

Police officers were called to the scene in Morecambe at around 3.15pm on Sunday following reports of a fight involving two men carrying weapons.

Shocking footage later showed the two bloodied men thrashing their weapons at each other as members of the public screamed out in horror.

One of the men then went on to deliver a series of blows to his rival before he was joined by another person.

Two men, aged 31 and 26, both from Morecambe, have now been arrested on suspicion of assault, Lancashire Police confirmed. 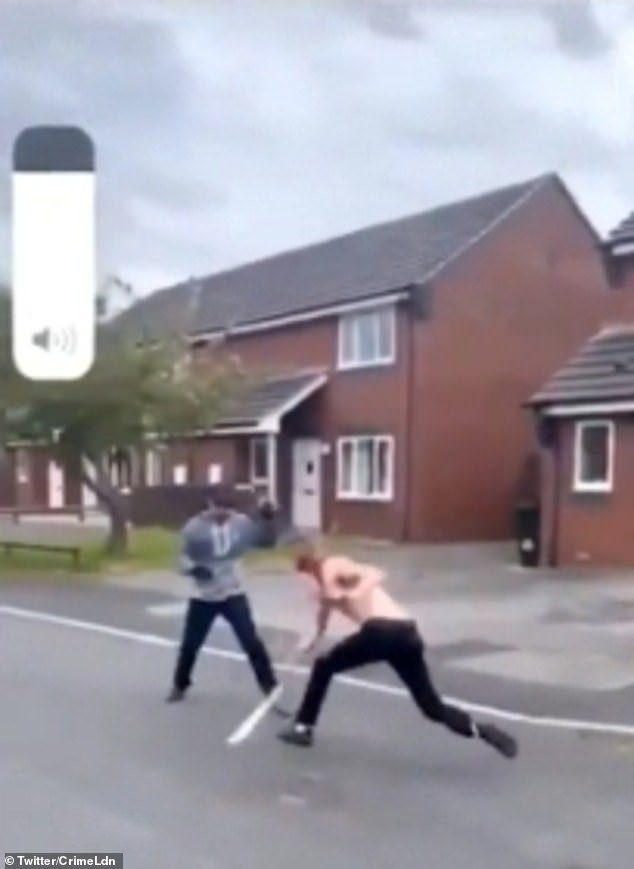 The two men brandish their machetes at each other on a residential street in Morecambe, Lancashire 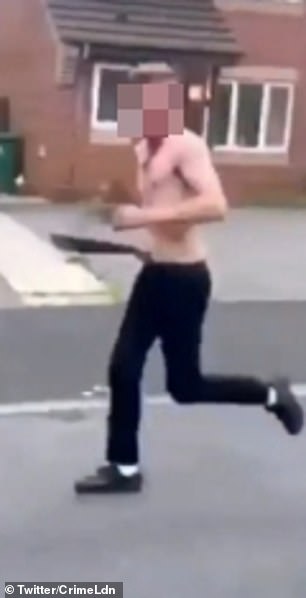 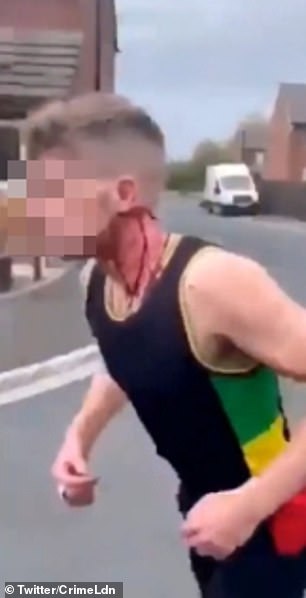 'The incident has been recorded and uploaded to social media. For evidential purposes, I would urge people not to share it further at this time.

'Two men have been arrested by police in connection with the incident, but we know more people were in the area at the time of the offence and I would encourage witnesses to contact us.

'I realise this will have caused concern in Morecambe but incidents of this nature are rare and we want to reassure residents patrols have been increased in the area.

'If you have any information which could assist our enquiries or you witnessed the incident please come forward.'

Anyone with information is urged to call police on 101 quoting log 0845 of May 9.

Police were called to the scene at around 3.15pm on Sunday following reports of a fight involving two men 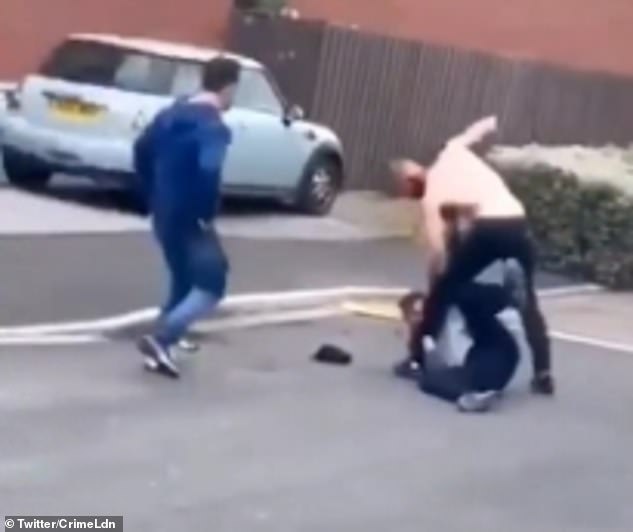 The scenes came just hours after police were also called to reports of an ongoing fight between a number of men with weapons in Blackburn at around 11.30am.

One man had suffered head injuries, with a second man suffering stab wounds to his arm, chest and back. Both have been taken to hospital for treatment.

An investigation is under way and enquiries ongoing but no arrests have yet been made.

Detectives are appealing for information and urging anyone who witnessed the incident and has any information to come forward.

Det Ch Insp Derry Crorken, of Blackburn Police, said: 'We have launched an investigation after two men were attacked in Corporation Park today.

'I understand this must have been very frightening and concerning for many people who were in the park at the time and I want to reassure residents we are doing everything possible to arrest those responsible.

'This is being treated as very much an isolated incident and patrols have been increased in the area.'

It is unclear if the two incidents are connected.

Boris Johnson vows 'Covid won't beat us' as he announces a return to freedom from... 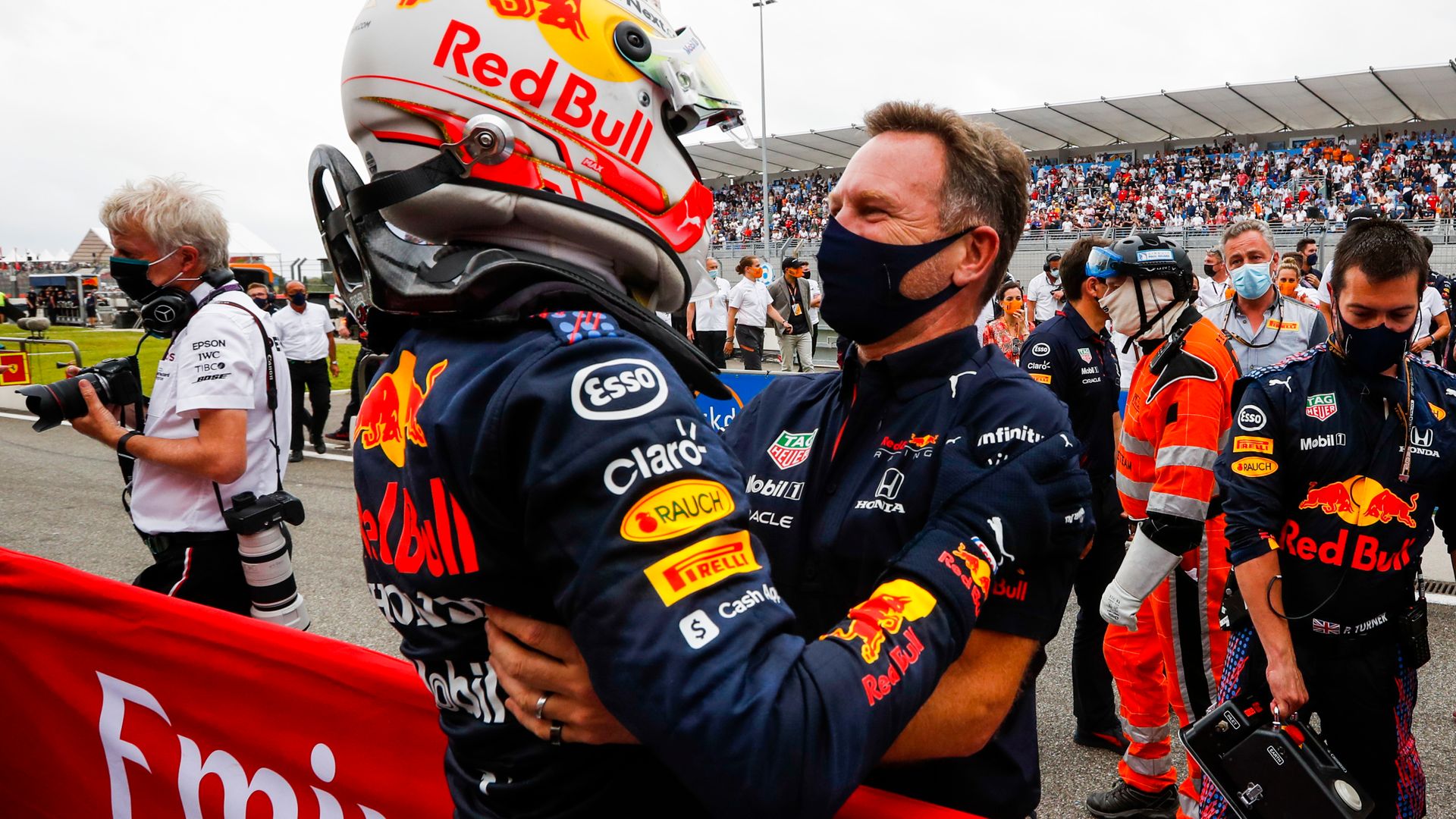