By Chris Jewers For Mailonline

Joshua Wong, 24, one of Hong Kong's most prominent pro-democracy activists, was jailed on Wednesday for a total of 13 and a half months after pleading guilty to charges related to unlawful assembly at last year's anti-government protests.

Wong's long-time colleagues Agnes Chow, 23, and Ivan Lam, 26, were jailed for a total of 10 and seven months, respectively, after pleading guilty to charges linked to the same siege of police headquarters at the height of the protests in June 2019.

The judge reduced overall jail terms after their guilty pleas. 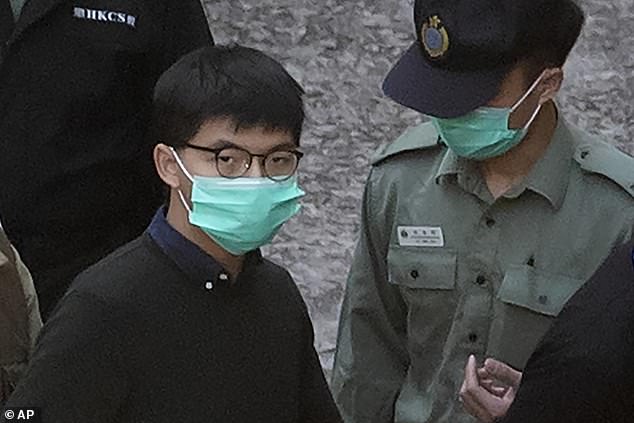 Hong Kong activist Joshua Wong is escorted by Correctional Services officers to get on a prison van before appearing in a court, in Hong Kong, Wednesday. He has been jailed for 13 and a half months for his involvement in last year's anti-government demonstrations

Their sentences come as critics of the government say it is intensifying a crackdown on the Chinese-ruled city's wide-ranging freedoms guaranteed when Britain returned it to Beijing in 1997, a charge authorities in China and Hong Kong reject.

Wong rose to international prominence as one of the leaders of Hong Kong's 2014 student-led Umbrella democracy protests, in which roads in the heart of the financial center were blocked for 79 days.

Two years earlier at the age of 15, and with the help of secondary school activists who formed a group called Scholarism, he forced the Hong Kong government to shelve plans to introduce a pro-China national education scheme in schools. 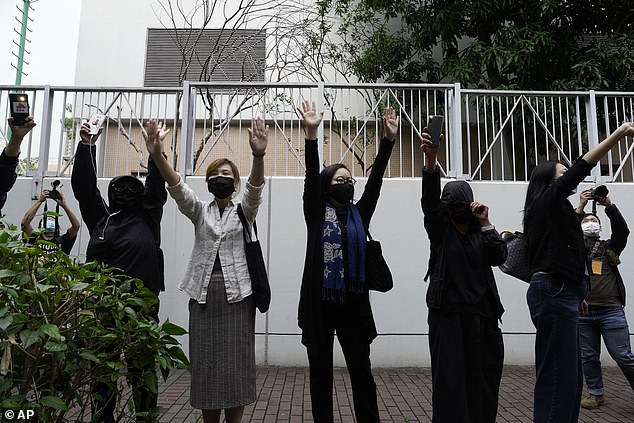 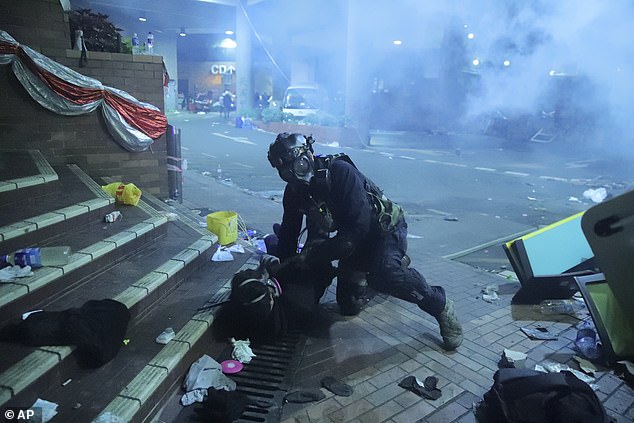 Pictured: A person is detained by a policeman in riot gear in November during the Hong Kong protests that saw violent clashes between police and demonstrators across the city

A familiar face at Hong Kong protests, Wong is also no stranger to jail. He spent five weeks in jail last year - his third stint - for contempt of court, before being released in June when anti-government demonstrations were already in full swing.

The bespectacled activist was nominated for a Nobel Peace Prize in 2018 for his leading role in the Umbrella movement.

Wong's pro-democracy group Demosisto disbanded hours after China passed a national security law in June that punishes what it broadly defines as sedition, secession, terrorism and colluding with foreign forces with up to life in jail. 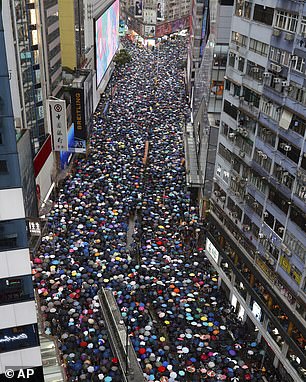 He is one of more than a dozen young, more confrontational politicians who outshone old guard democrats in unofficial opposition primary elections in July.

Many saw the election as a protest against national security legislation that Beijing imposed on the city on June 30. Wong was also among 12 opposition candidates disqualified from running for a seat in the city's legislature in elections due to be held in September but which were postponed due to COVID-19.

While Wong was not a leading figure of the often violent protests that shook the semi-autonomous financial hub last year, he has galvanized support for the pro-democracy movement abroad.

Wong has met politicians from the United States, Europe and elsewhere, drawing the wrath of Beijing, which says he is a 'black hand' of foreign forces.

'If my voice will not be heard soon, I hope that the international community will continue to speak up for Hong Kong and step up concrete efforts to defend our last bit of freedom,' Wong said when he stepped down from Demosisto in June.

Wong has also written opinion articles in international newspapers as he has grown from a skinny, boyish looking teenage protester into an international lobbyist.

Wong has been repeatedly detained for his role in organizing pro-democracy rallies. In 2018, he was sentenced to a second jail term of three months for what a judge described as his 'leading' role in protests.

Wong faced multiple charges related to the protests last year and for participating in an illegal assembly on June 4, 2020, to commemorate the crackdown on pro-democracy students in and around Tiananmen Square in 1989.

Michelle Mone gives a glimpse into her VERY lavish thrice delayed wedding on the...

Hunt blasts Johnson over 'do or die' vow to leave the EU...

Boris and Carrie photo was a 'motorway pile-up' says Johnson... 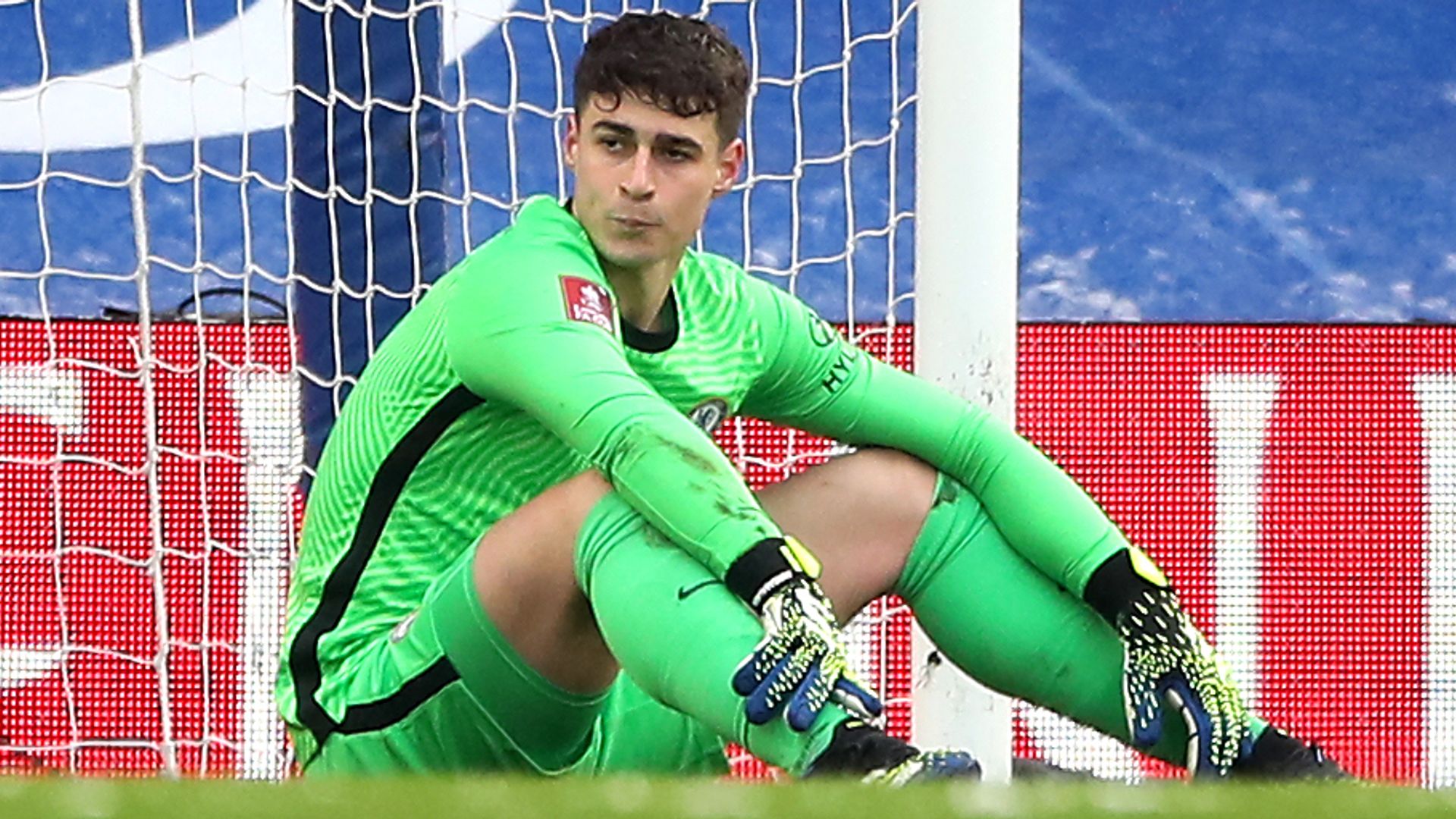 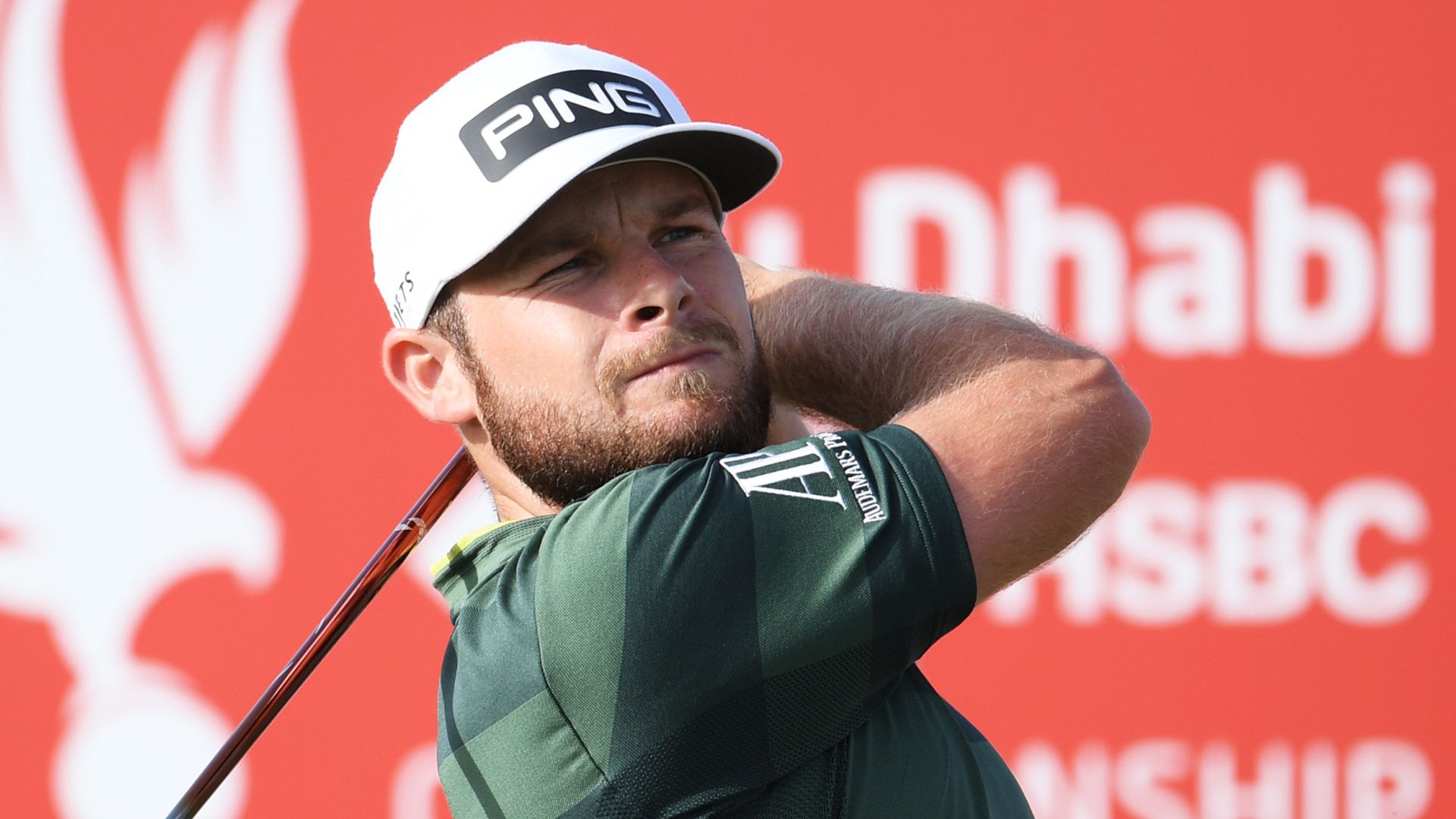 SAS soldiers will be allowed to keep their warzone BEARDS...

Conor McGregor is shown NO mercy on Twitter as trolls brutally...