Last Updated: 15/11/20 2:51pm Lewis Hamilton says he's "just getting started" with his Formula 1 journey as the new seven-time world champion issued an ominous message for his rivals after sealing the 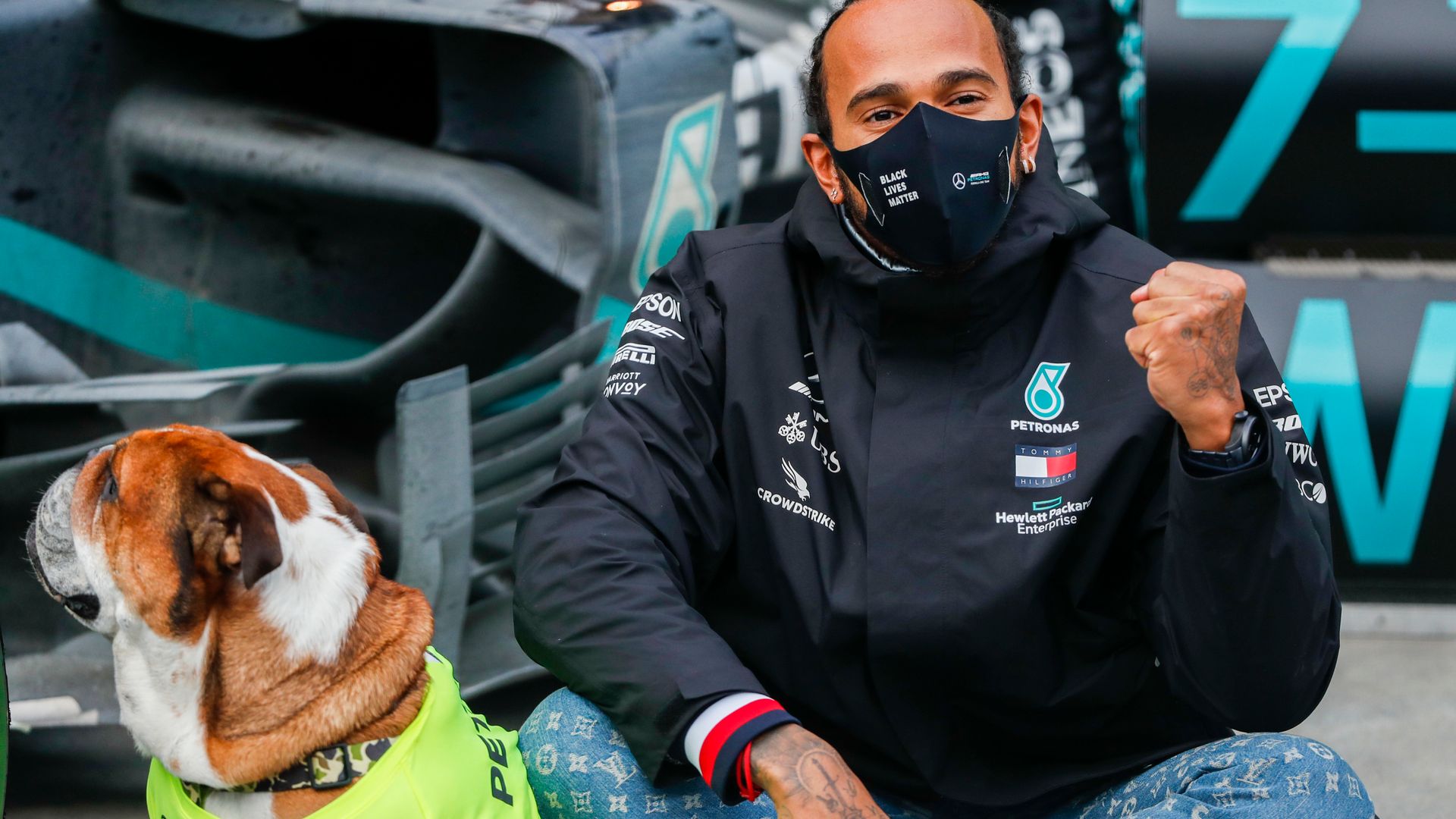 Lewis Hamilton clinched a record-equalling seventh F1 world title by winning the Turkish GP; His contract expires next month but says he feels like he's 'just getting started'; Hamilton also urges youngsters to 'dream the impossible' - like he did

Lewis Hamilton says he's "just getting started" with his Formula 1 journey as the new seven-time world champion issued an ominous message for his rivals after sealing the 2020 title in style at the Turkish GP.

Reflecting on his journey from an F1-mad child to an F1 history-maker, Hamilton, who called his latest achievement "unimaginable", also urged youngsters to "dream the impossible" as they can become a "trailblazer" like him.

Hamilton, only needing to avoid being outscored by Valtteri Bottas in treacherous Istanbul Park conditions, delivered one of the come-from-behind performances of his record-breaking career to wrap up this season's Drivers' Championship with three races to spare, drawing level with Michael Schumacher's famed total of seven titles.

And although Hamilton hasn't yet committed to race on in F1, with his Mercedes contract expiring next month, the Englishman, who turns 36 in January, reiterated in emotional interviews after his win that he wants to continue.

"I feel like I'm only just getting started, it's really weird," said Hamilton, who is now statistically the most successful driver in F1 history after his 94th race victory clinched his seventh title. "I feel physically in great shape.

"This year has been the hardest year probably for millions of people and I know things always look great here on the big stage, it's no different for us athletes. This year has been a challenge that I didn't know how to get through, but with the help of people around me I managed to just keep my head above water and stay focused."

He added: "I'm really hopeful for a better year next year and I would love to stay. I feel like we've got a lot of work to do here, we've only just started our work to make ourselves accountable as a sport.

"We cannot ignore the human rights issues that are going on around the countries we go to, and how we can engage with those countries and help them, empower them to do more to really change, not 10 years from now but now.

"I want to help Formula 1 and Mercedes in that journey. Also moving more sustainable as a sport, and I want to see if I can be a part of that, at least the first part of that for a little bit longer."

Hamilton, who admirably stated coming into the weekend that he was "much prouder" of his push for equality than his F1 success, has been a vocal anti-racism campaigner throughout 2020 and is pushing for more diversity in the sport.

The only black driver to have ever raced in F1, Hamilton, who recalled watching Grands Prix as a five-year-old, said matching Schumacher's record was "beyond my wildest dreams" and "so far-fetched" - particularly as there was nobody to look up to "who looked like me".

He told Sky F1 that being an inspiration to children was "the most beautiful part" of his latest achievement.

"I remember being a kid and watching all these Grands Prix, loving cars, and not necessarily having someone who looked like me in the sport," he admitted to Rachel Brookes. "But I still dreamt that I could still potentially one day get there.

"I think there's going to be a lot of kids out there who still look at all these different industries and perhaps not see a representative, or someone who looks like them... but you can be a trailblazer.

"You can create your own path for others to follow. I just say dream as big as you possibly can, dream the impossible, and don't let people tell you that you can or you can't.

"There's nothing you can't do if you put time and effort into it, and have the support behind you."

Sky F1's Martin Brundle described Hamilton's Turkish GP victory as a "fitting" way to become F1's second seven-time champion as he "outperformed" the Mercedes car to win from sixth on the grid.

Hamilton, who was 20 seconds off the lead at one stage but eventually won by over half a minute, added: "It was a real honour and privilege to be able to put in a performance like that today.

"I could never do this stuff without this incredible team behind me. We're constantly just raising the bar together and our communication is constantly improving.

"This weekend has been a real challenge, I think the rain was a blessing. But there were some real, real difficult moments through the race. I managed to keep my cool, and I think ultimately I applied all the things I've learnt over the years, like the pit-lane. I'm not going to take that risk."

Hamilton was referring to his decision not to pit at the end of the race despite Mercedes instructing him to, to fit fresh intermediate tyres. Hamilton, who was denied a title in his 2007 rookie season after beaching his McLaren in similar conditions in the China pit-lane, explained: "I learned my lesson from 2007, that's for sure.

"I felt like I really had it under control, and the grip was getting good and I was going to deal with the rain if it dropped."

Racegoers ready to return to tracks next week

Fleetwood fight back to hold Sunderland