By Connor Boyd For Mailonline

A BBC live report on the Tory leadership race was hilariously crashed by an exuberant teenager who parroted everything the journalist said.

London politics editor Tim Donovan was breaking down the battle to become the next PM yesterday when the man appeared from nowhere behind him.

The seasoned journalist was trying to explain that Boris Johnson's popularity in his constituency Uxbridge and Ruislip South had fallen in recent years.

But the photobomber could be seen over his shoulder, waiting for his moment with a cheeky smirk.

As Donovan explained that Johnson held a 12,000 vote majority in his constituency in 2015, the teenager dashed in front of the camera and screamed: '12,000!' 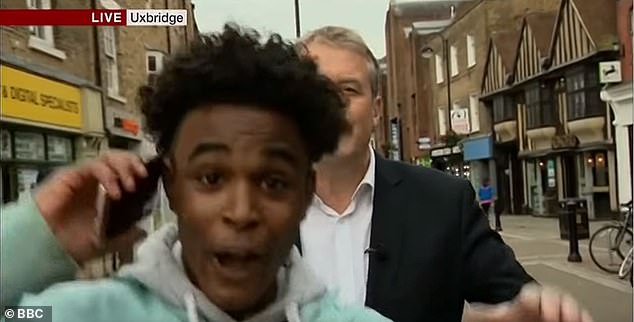 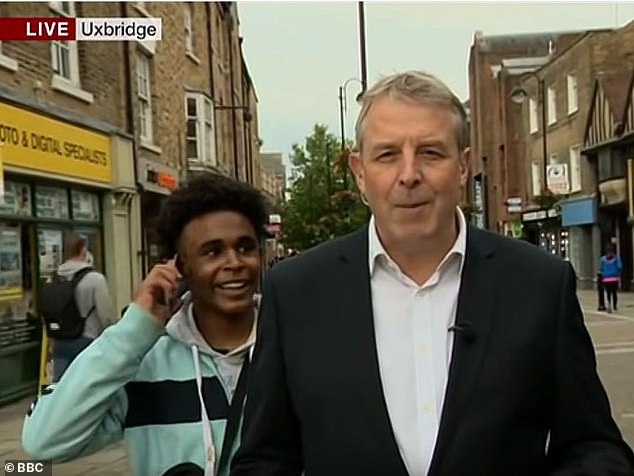 The reporter, trying to stay composed, brushed the excited teen out of the way and continued to explain that Johnson's majority fell to 5,000 in 2017.

But the youngster, mocking the presenter, cut across and dramatically shouted at the top of his voice: '5,000?'

A battle for air time ensued as the teenager and Donovan tried to get in front of the camera.

The journalist, at this point visibly peeved, tried to sign off his piece by saying 'Some people think it [Johnson getting a huge majority in Uxbridge] won't happen again.' 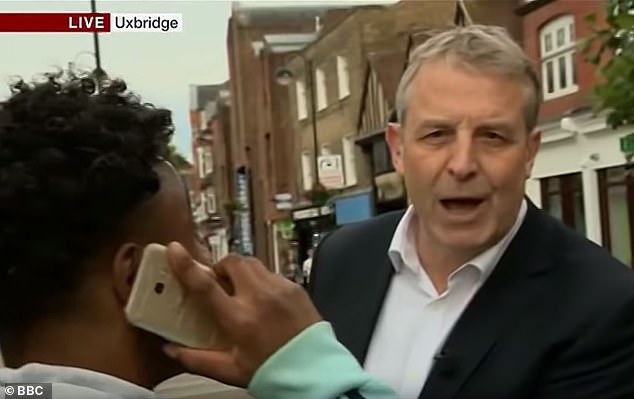 Donovan, trying to stay composed, brushed the excited teen out of the way and continued with his piece to camera 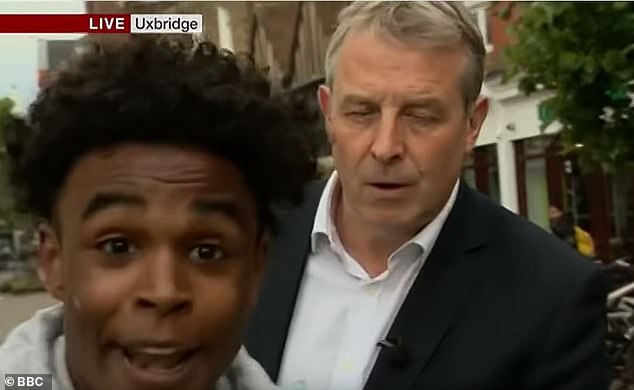 As the camera cut back to the studio the journalist looked ready to have a stern word with the youngster.

Although Donovan didn't see the funny side, presenter Riz Lateef poked fun at the gaffe, saying: 'Thanks very much Tim, lots of people trying to get in on the act there.'

People on social media found it equally funny and called for the man to 'be featured on every broadcast'.

Sam Wooding wrote: 'Someone find him and make him the presenter! He's hilarious!'

Another said: 'Love it! Roving reporters getting cross with the public is my absolute favourite!'

Town hall bosses hand out more than 100 Asbos a week for...

No sign of Harry and Meghan... Here's Tatler's most 'powerful'...